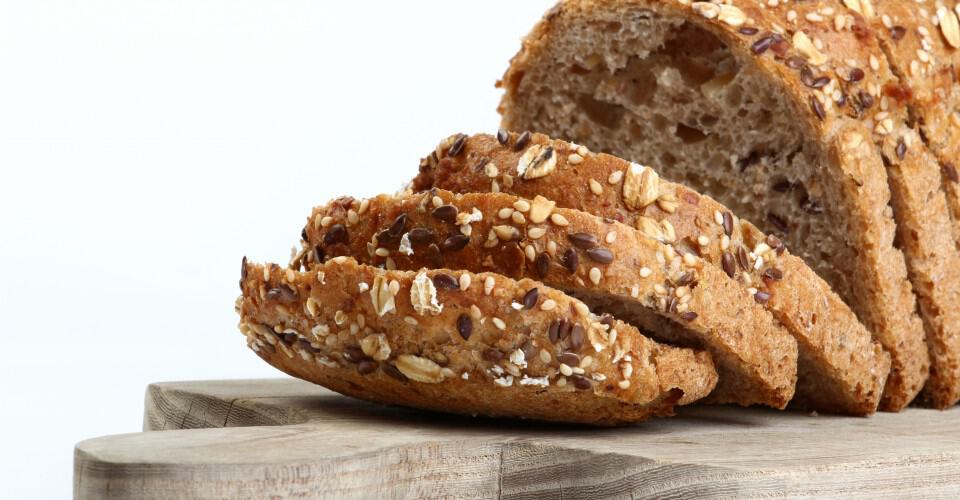 1. Have Fewer Rules To Lose Weight?
One study conducted by researchers from the Center for Adaptive Behavior and Cognition in Germany and reported in the journal Appetite looked at adherence to popular weight-management programs. What they found is that if you think the rules are too complicated — meaning you find it difficult to remember what the rules are — or if it’s not clear what you’re supposed to eat — you will likely quit the program. If you’re trying to lose weight and are considering a commercial program, make sure the rules are simple and fit your lifestyle. You can also try to develop your own program, planning healthy meals on a weekly basis. It’s always easier to stay healthy if you know in advance what you’re going to eat.

2. #Whole Grains Are Important, But You May Not Eat Less As a Result.
Researchers from the University of Copenhagen, Denmark, compared whole-grain breads and pasta to refined “white” pasta and “white” bread to determine if eating whole grains means that you’ll be eating less food over time. What they found is that whole-grain foods increased the feeling of fullness compared to refined grains, but that did not affect subsequent eating behavior. So, when eating whole grains, don’t expect to actually decrease your overall consumption. Whole grains are certainly healthier — but they’re not necessarily a “diet” food — you still need to watch intake.

3. Is This a Meal or a Snack?
Are you simply snacking, or is that a meal you’re eating? This is an important question, because how, what, where and when we eat can make the difference between dieting success and failure. There are many environmental and food cues that can influence whether or not you believe you’re eating a meal or a snack. Brian Wansink, from the Food and Brand Lab at Cornell University, found that having a meal consists of eating with your family for 30 minutes, sitting down and using ceramic plates and cloth napkins. Additionally, large portions of expensive, healthy, prepared foods were most strongly associated with having a meal. The perception of snacking is increased when using paper plates and napkins, eating alone, standing and taking 10 minutes or less to consume the food. People also perceive snacks as low-cost, low-quality foods that come in small quantities and are packaged versus prepared. So what does all this mean? When eating your “snacks,” try to make them more formal. Use real plates, sit down and make your eating more of an experience. If you think you’re having a mini-meal you’ll be more likely to feel satisfied and eat less.

4. Learning and Planning Meals Increase Food Satisfaction.
Researcher Jeff Brunstrom from the University of Bristol, England, believes that learning and/or having prior experience to show that a meal will be satisfying helps to ensure that it actually is satisfying. Meaning, it’s a good idea when you plan your meals to make sure you believe they will fill you up. My best advice is to experiment with different healthy meals to see which ones are most satisfying to you.

5. Vary Your Healthy Foods.
In another study, Brunstrom served participants either high-calorie or low-calorie spaghetti Bolognese for a period of five days and observed their reactions. What he found was that when people have a lower-calorie, familiar food, they like it at first, but over time they tend to like it less and less. This means that when you’re choosing your lower-calorie healthy foods, you might want to change them up. Have a variety of healthy choices available in your home and when you’re eating out. See: Calorie Bargains

6. I’ll Have What She’s Having: Body Type Influences What You Eat.
Research reported in the Journal of Consumer Research looked at how the body types of those around consumers influence their food consumption. The researchers found that a consumer tends to choose larger portions when someone else does so first. But if that other person is obese, the consumer will choose a smaller portion than if he or she were thin. Therefore, when you’re dining with a thin friend, be extra-conscious of how much you eat.

7. Healthy Options May Lead to Higher #Calories.
If you have lots of healthy choices among unhealthy choices you’re more likely to indulge in the unhealthy, says research reported in the Journal of Consumer Research. Researchers speculate that simply having healthier options available may be allowing people to feel that they are eating healthier — and inadvertently giving them a license to overindulge. Bottom line: Make sure to be prepared when you’re going to a restaurant that offers both, or try to stick to restaurants with only healthy foods.

8. Eat Too Quickly? You’re Probably Eating Too Much.
Most of you have heard that if you eat too fast you’re eating too much. But this is the first time research shows why it’s happening. According to a new study reported in The Endocrine Society’s Journal of Clinical Endocrinology & Metabolism, eating a meal quickly curtails the release of hormones in the gut that induce feelings of fullness. And the decreased release of these hormones can often lead to overeating. “In the study, subjects consumed the same test meal, 300 milliliters of ice cream, at different rates. Researchers took blood samples for the measurement of glucose, insulin, plasma lipids and gut hormones before the meal and at 30-minute intervals after the beginning of eating, until the end of the session, 210 minutes later. Researchers found that subjects who took the full 30 minutes to finish the ice cream had higher concentrations of peptide YY (PYY) and glucagon-like peptide (GLP-1) and also tended to have a higher fullness rating.” Eat slowly!