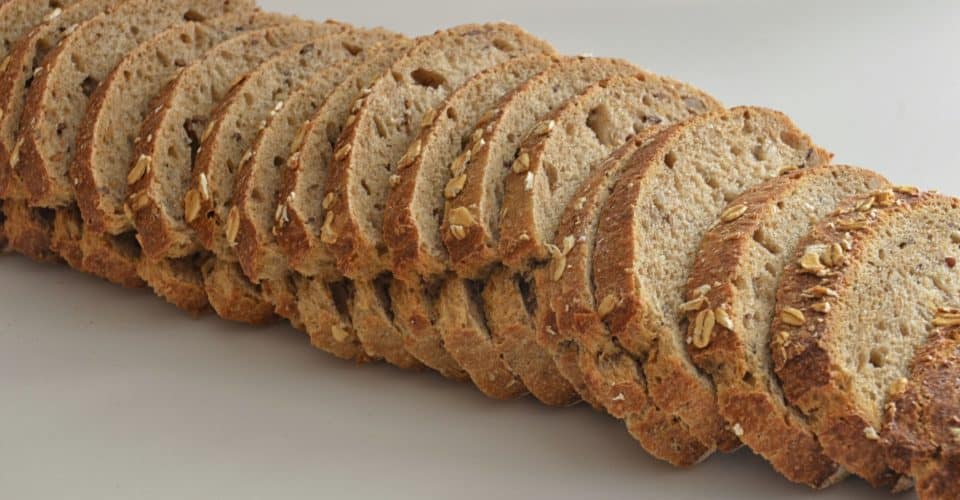 A. According to Nicola M. McKeown, Ph.D., a nutrition professor at Tufts University, whole-grain foods are rich in dietary fiber, vitamins, minerals and phytochemicals. “The synergistic effect of these nutrients is important to overall #health. When grains are refined, fiber and other nutrients, such as vitamin E, vitamin B6 and magnesium, are removed, and these are not replaced.” And research has consistently found that whole grains reduce the risk of several chronic diseases, including cardiovascular disease, diabetes and certain types of cancer, whereas refined grains do not protect against these diseases. How much protection do you get from eating whole grains? According to Len Marquart, Ph.D., R.D., a nutrition professor at the University of Minnesota, “Epidemiological studies suggest that whole grains reduce risk for coronary heart disease and diabetes by 20 to 30 percent versus refined grains.”

A. Probably, but evidence is still inconclusive. Basically, eating foods that contain significant whole grains means that they’re rich in fiber. Choosing naturally fiber-rich foods is important for weight loss because they are typically low-calorie and low-density due to their water content (e.g., fruits and vegetables), which means you get more food for fewer calories. Fiber is also thought to enhance satiety (feelings of fullness). According to Joan Conway, Ph.D., R.D., a scientist at the United States Department of Agriculture, “If you experience great satisfaction from food, you might eat less. Eating foods high in soluble fiber which are viscous (gummy) could, therefore, give one a feeling of fullness. Data are not yet in on this, but we are doing a study in this particular area.” A high amount of soluble fiber is typically found in the whole grains, oats and barley.

However, McKeown points out, “Observational studies have found that people who eat more whole grains tend to weigh less and also gain less weight over time, but it’s important to recognize that these individuals have ‘healthier’ diets overall, are more physically active and are less likely to smoke.”

Q. Does whole wheat taste better today than it used to?

A. “Yes, because improved processing methods soften the texture, lighten the color and reduce grain particle size in the whole-grain product,” says Marquart. Also more white whole wheat is entering the market. “It is somewhat less bitter than the more commonly used red wheat, so some say it tastes better. In addition, breads in general have been improved, and there are many artisan breads available, some of which have a great whole-grain taste that is nutty, sweet and interesting,” says Julie Miller Jones, Ph.D., C.N.S., L.N., professor of nutrition and food science at the College of St. Catherine in Minnesota.

Q. Why was white #bread made in the first place?

A. According to Marquart, “White bread was originally consumed by the upper crust of society, and became popular in the mid-1800s when roller milling allowed for greater production of white refined flour for the masses.” It’s still easier to make than whole-grain bread, and refined flour is less perishable. The bran in whole-grain flour reduces loaf volume and makes it bitter. “Also, refined flour makes products lighter, flakier and generally has a texture that many prefer,” says Jones.

Q. As long as it says “wheat” on the bread, you’re getting whole wheat, right?

A. Wrong. In fact, it could be white bread with caramel coloring. Almost all bread is made from wheat — so don’t be fooled. You want to see “whole wheat” on the label.

A. Not necessarily — although it’s a start. Even if the package is labeled “whole-grain” bread, you aren’t necessarily getting 100 percent whole grains. According to McKeown, you need to be aware of the packaging. “For example, if it says ‘made with whole wheat,’ check the ingredients list because the food may contain some whole grain but not very much. If the ingredient list starts with ‘enriched wheat,’ or if ‘wheat’ is the first ingredient, it is not a whole grain.”

Whole grains contain the entire grain kernel — meaning they have the bran, the germ and endosperm. (White bread only has the endosperm.) “In order for a food to be whole-grain, one of the following ingredients should be listed first: whole rye, whole oats, whole wheat, whole barley, whole cornmeal or graham flour,” adds McKeown.

Q. If Oreos or other foods (e.g., Cocoa Puffs) were made with whole wheat, would they be healthier?

A. This is tough one. “Yes, refined flour is nutritionally inferior to whole-wheat flour. Certainly they’d be higher in fiber, which would be good, but they’d probably also be high in sugar. As a source of whole-grains, I think brown rice or whole-wheat spaghetti would be better alternatives,” says Tufts’ McKeown.

Keep in mind, the words “whole grain” are not a green light for endless consumption. Even a whole-wheat doughnut is a doughnut — no amount of whole grains makes up for the 315 calories it packs. Use whole grains as replacements for refined foods you’re already eating — NOT additions.

Q. Are seven-grain and multigrain breads better for you than 100 percent whole wheat?

A. Not necessarily. Sure, multigrain breads such as wheat, oat, barley or seven-, 12- or 15-grain sound nutritionally impressive, but take a closer look at the label. Most multigrain breads contain enriched wheat flour along with other grain flours — basically a mixture of whole-wheat and enriched flour with caramel coloring.

Q. Are whole-grain foods much lower in calories than refined or processed foods?

A. No, not really. In fact, whole-grain foods are about the same, or perhaps a tiny bit higher in calories than refined or “white” foods. However, the point is not to save calories but to get all the health benefits whole grains offer.