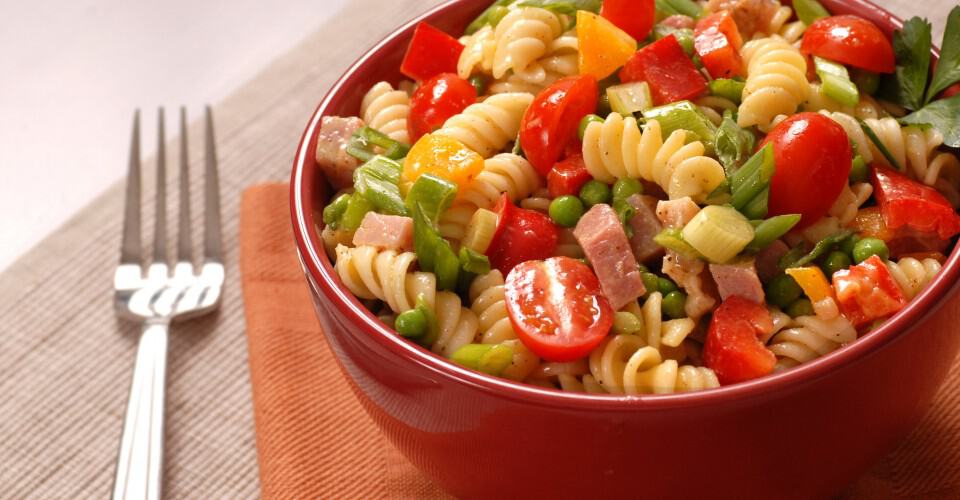 BARBECUE SPARERIBS
Ribs are typically made with sugar, barbecue sauce, honey and other assorted fattening extras, adding up to more than 1,000 #calories for six medium ribs. The sauce itself wouldn’t be so bad if it were applied lightly, but it’s usually slathered on in layers. Since just 2 tablespoons of barbecue sauce have 50 calories, you can see how the damage adds up quickly.

Nutrition Fix: First of all, use babyback ribs. They’re the smallest, which helps with portion control. Place them on the grill without any barbecue sauce; just season with kosher salt, fresh pepper and garlic powder and cook for 30–40 minutes. Watch carefully so they don’t burn. Serve with barbecue sauce or hot sauce on the side.

If you feel you must have regular ribs, be sure to trim off the visible fat — that will save close to 250 calories. Also, skip repeated coatings of heavy barbecue sauce during cooking: Use one coating, and serve extra sauce on the side.

FRIED CHICKEN
Deep-fried chicken with the skin can be very costly calorie-wise. Just one 3.5-ounce fried breast has about 250 calories, and one drumstick with skin has about 200 calories.

Nutrition Fix: Remove the skin from the chicken. Put two beaten egg whites in one bowl and bread crumbs in another. Dunk skinless chicken into the egg whites and then into the bowl with the bread crumbs. Coat the pieces lightly with cooking spray, such as Pam, and bake in the oven at 350–400 degrees for about 30-45 minutes. This saves more than 75 calories per piece of chicken.

BURGERS
Burgers aren’t so innocent either, even without the cheese. A 6-ounce burger has about 500 calories without the bun. Mayo (1 tablespoon) and cheese (a deli slice) add about 100 calories each!

Nutrition Fix: Instead of the cheese, try lettuce and tomatoes. Stick to ketchup, mustard, pickles and veggies for extra flavor. Also, use lean ground beef instead of regular, and spray the pan with cooking spray (if using a grill, don’t spray on an open flame) to compensate for the lack of fat in the beef. Next, give your burger some extra texture and flavor by mixing the meat with chopped mushrooms, peppers and onions. Or, for variety, experiment with other vegetables, like chopped water chestnuts or sun-dried (not oil-packed) tomatoes. You’ll have the same size burger, but it will be much lower in calories, and you’ll also be getting the #health benefits of all those vegetables.

It’s OK to have a bun, but remember that it has about 120–150 calories. You can go bunless to save yourself calories, or, at the very least, have a 100 percent whole-wheat bun or toast.

FRANKFURTER
There’s nothing better than a couple hotdogs right off the grill. They seem totally innocent because they’re so small and you can eat them in a few big bites. But don’t be fooled; they can still pack a heavy punch calorie-wise.

An average 2-ounce beef hotdog has 150 calories, but that can vary depending on the ingredients and the brand. Add another 120 calories for the bun, and you’re already at almost 300 calories per dog. Now take a look at some of the toppings — another 75–100 calories for 1 ounce of cheese, 30 calories each for 2 tablespoons of ketchup, mustard or sweet relish and 60 more for 2.5 ounces of chili.

Nutrition Fix: Stick with sauerkraut, ketchup, mustard and relish. Stay away from cheesy sauces and chili. Choose fat-free white-turkey franks or beef franks, at about 40–60 calories per dog. Instead of a bun, try wrapping the frank in one piece of low-cal whole-wheat toast. Or you can also have two franks on one roll, or cut your frank up and put it on a skewer with assorted veggies.

PASTA SALAD
Pasta or macaroni salad generally has, in addition to the pasta itself, some type of creamy or fattening dressing made with mayonnaise or olive oil, plus cheese, nuts, vegetables, ham, eggs, chicken, tuna and even pepperoni. For 1 cup, depending on ingredients, you’re looking at 500–650 calories.

Nutrition Fix: Try 100 percent whole-wheat pasta (not semolina or 100 percent pure durum semolina). This will increase the fiber content and help you fill up faster. Another way to increase your portion size without adding calories is to use lots of vegetables — isn’t that the idea of a salad anyway? But the most important fix is the dressing. Most salad dressings — including those made with olive oil — are packed with calories. Your best bet is a light vinaigrette or low-calorie Italian dressing, or one made from a light mayonnaise base. You can also go very light by using an olive oil mister and seasoning the salad with spices such as pepper, garlic, oregano or basil to liven things up without extra calories. One cup of vegetable pasta salad made with light vinaigrette has 206 calories. Or, skip the pasta altogether and go for a cucumber and tomato salad (made with vinegar, no oil) for 48 calories per cup.

POTATO CHIPS
Chips are a natural part of summer barbecues, picnics or poolside snacking. But at 150 calories an ounce (or handful), they can do a lot of damage.

Nutrition Fix: Make your own chips by thinly slicing a medium baked potato, microwaving it on high for about six minutes and then grilling the slices or baking them in the oven until they’re crisp. Salt them and coat them lightly with a bit of margarine spray. Each potato is 100 calories, and they’re pretty filling. Plus the work it takes to make them allows you to enjoy them much more.

COLESLAW
Coleslaw is basically cabbage, mayonnaise, sugar and vinegar, but some also add olive oil and other ingredients. The end result can be more than 350 calories per cup.

Nutrition Fix: Make it yourself and save at least 150 calories per cup. You can find coleslaw mixes in the vegetable section at the grocery store that make it simple. Use light or nonfat mayonnaise, replace the sugar with Splenda and add some green and red peppers to increase the yield while cutting calories per cup.

ICE CREAM
Ice cream is pretty much synonymous with summer — and it’s also one of the premier #diet busters. One cup of premium ice cream can have more than 500 calories, and we typically eat 2 cups, plus toppings.

Nutrition Fix: Use a cup, not a cone, and save anywhere from 20 calories (for a wafer cone) to more than 300 calories (for a waffle cone with chocolate). Avoid nut toppings and sprinkles (2 tablespoons have 100 calories). Try to go with an ice cream bar — the low-cal versions, such as Fudgsicle, have only 40 calories — or a frozen fruit bar (70 calories). They’re portion-controlled, and you can’t add toppings. Avoid gelato and stick to sorbet: You’ll save a couple hundred calories. Or try Italian ices at only 100 calories per cup. And don’t be fooled by frozen yogurt (either regular or soft-serve). It can be just as high in calories as regular ice cream, so always choose fat-free versions and watch portions to save calories.

LEMONADE
On a relaxing summer day, a pitcher of lemonade on the front porch sounds good, but if it’s made with sugar, it can also be very high in calories, especially when it’s hot outside and we drink a lot. Just a few glasses could cost about 600 calories.

Nutrition Fix: Make it yourself and squeeze real lemons. Three ounces of lemon juice have about 30 calories. Use about 1/3 juice and 2/3 water and add Splenda to taste.