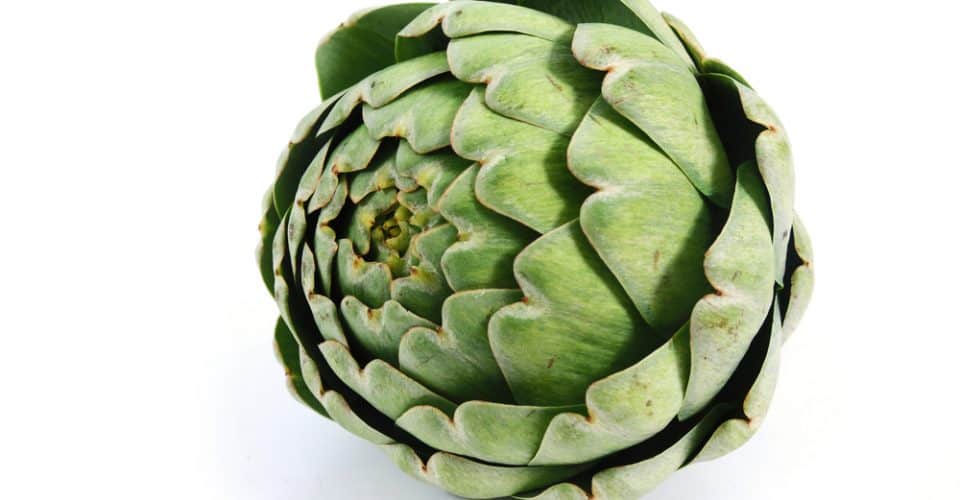 Seasonal spring fruits and vegetables are a welcome change after the harsh winter months! Read on to learn more about the health benefits of artichokes, asparagus, and strawberries.

Health Perks: Wow – they’re loaded with fiber. Artichokes are also an excellent source of vitamin C, and a good source of magnesium and folate (which helps with the production and maintenance of cell function). Additionally, they are packed with vitamin K. The majority of the population fails to get enough K, which is required to make at least three proteins essential for bone formation. Studies have also linked diets adequate in vitamin K with a reduced risk of hip fracture in the elderly. In fact, artichokes are actually a super food. According to the Antioxidant Food Database created by the Institute of Basic Medical Sciences, University of Oslo in Norway, they are among the highest in antioxidants of all vegetables.

Best Cooking Methods: To boost their antioxidant capacity even further, cook your artichokes–although eating a raw one would be virtually impossible anyway. According to research published in the Journal of Agriculture and Food Chemistry, “The antioxidant capacity of artichokes, measured by three different assays, enormously increased after cooking, particularly after steaming (up to 15-fold) and boiling (up to 8-fold).”

Selection: The Produce for Better Health Foundation’s Fruits & Veggies ­More Matters suggests that “High-quality artichokes are usually compact and heavy for their size. Squeezed, a fresh artichoke will make a squeak. The thickness of each stalk should correspond to the size of the artichoke. Thin stalks signal dehydration, so look for stalks that are firm without ‘give.’”

Storage: “Artichokes remain fairly constant in appearance for weeks, but flavor is adversely affected from the moment they are cut from the stalk. For maximum taste and tenderness, cook as soon as possible. Do not stock up on artichokes. Refrigerate unwashed, in a plastic bag, for up to one week,” says Fruits & Veggies ­ More Matters.

Health Perks: Why: Asparagus is in season, tasty, especially if you make it with garlic, and very low in calories­about 4 calories per spear. In addition to being loaded with vitamin K (see artichokes above), asparagus is also an excellent source of folate, which is important for brain development (essential for pregnant women) and red blood cell formation. In addition, it’s a good source of much-needed potassium, vitamin C, and vitamin A, and contains fiber, thiamin, vitamin B6 and choline, which is said to play a role in early brain development and proper functioning of your numerous system.

Oh, and that smell in your urine after eating asparagus­its probably due to the normal metabolism of certain comp[ounds such as methyl mercaptan, which smells like rotten cabbage. One of its industrial uses is as an additive to natural gas (which has no odor), so that you will be alerted to a gas leak or if you’ve accidentally forgotten to turn off a gas burner.

Selection: Any color stalk is fine; in America we generally see green, but white and purple asparagus occasionally appear in markets. Choosing stalk size is a matter of preference. Big, fat spears are delicious, but super-skinny stalks don’t have to be peeled. Avoid shriveled, damaged or canned spears (the canning process robs the veggie of vitamin C).

Storage: Wrap loosely in plastic and refrigerate. Cook as soon as possible.
Best cooking methods: Wash the asparagus in cool running water. Snap off the bottom of each stem. It will naturally break where the woody part ends and the tender part begins.

Asparagus can be cooked numerous ways. Boiling, microwaving, roasting, steaming, and stir-frying are the most common. Whatever method you choose, cook it quickly; overdone asparagus is limp, discolored and bitter.

Health Perks: Have you tasted a delicious, sweet strawberry lately? I know, I sound like some health nut pushing fresh fruit, but seriously, strawberries taste as good or better than any piece of candy. And one large strawberry has only six calories. Also, an interesting fact: There are about 200 little seeds r on the surface of each strawberry. Research conducted by the UCLA Center for Human Nutrition at the David Geffen School of Medicine and others has shown that the phenolic compounds in strawberries have potent antioxidant, anti-cancer, anti-atherosclerotic (prevents hardening of the arteries, which leads to heart disease and stroke) and anti-neurodegenerative (leads to Alzheimer’s) properties.

Anthocyanins and ellagitannins are the major antioxidant phytochemicals present in strawberries. Ellagitannins are tannins not commonly found in foods that react with water to become ellagic acid, which may slow the growth of some cancer cells. Anthocyanin, the pigment responsible for the red color in strawberries, helps reduce the risk of blood coagulation, preventing the development of the blood clots involved in strokes, pulmonary embolisms and heart attacks.

Additionally, researchers at the Salk Institute for Biological Studies found that fisetin, a naturally occurring flavonoid commonly found in strawberries, stimulates signaling pathways that enhance long-term memory. And research from Harvard Medical School found that strawberries may offer cardiovascular disease protection. Specifically, the study reported that those who ate two or more servings of strawberries per week were 14 percent less likely to have elevated blood levels of C-reactive protein (an indicator of inflammation in the blood vessels) than those who reported eating none in the past month.

Storage: Strawberries will keep in the refrigerator for two to three days. Stem and wash them only when ready to eat.

Enjoy the warm weather and the seasonal spring fruits and vegetables that come with it!