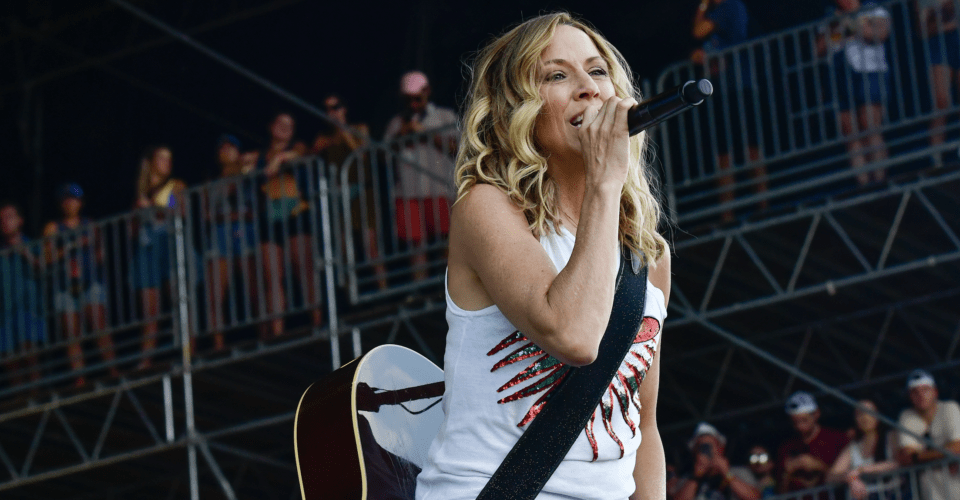 Most famous for: The music that helped her to win nine Grammy awards and sell more than 31 million albums

How she got connected to food: After her battle with cancer, Crow was inspired to eat healthy and in-season as part of her recovery.

What she cares about:  Eating healthy, using her diet as a tool to heal, and combating hunger in America and around the world

Why she cares about it: Her cancer diagnosis was a major motivation to adopt a healthier diet and lifestyle, but that is not the only reason Crow cares about food. In an interview with SELF magazine, she attributed her concern to seeing first-hand families struggling to put food on the table.

“Well I have kids, and my 5-year-old goes to school now, and I see that some of those kids, that where they eat is at school. When we started volunteering at food pantries, to see these moms come in and to be a mom and understand what that must feel like — I struggle with what to feed my kids that they’ll eat! And these moms are struggling with, “What am I going to feed my kids and AM I going to be able to feed my kids?”

What she is doing about it: Crow released a cookbook to share healthy recipes after her cancer diagnosis. She has also been advocating for anti-hunger through her involvement with Feeding America,  a nationwide non-profit network of more than 200 food banks that feeds more than 46 million people through food pantries, soup kitchens, shelters, and other community-based agencies, and the World Food Programme, the food-assistance branch of the United Nations and the world’s largest humanitarian organization addressing hunger and promoting food security.

Using Food as a Source of Medicine to Help Heal

In February 2006, Crow was diagnosed with breast cancer and underwent a lumpectomy followed by seven weeks of radiation therapy. After learning  she had breast cancer at the age of 44, Crow made it her business to learn more about nutrition and took on a healthier approach to life, which included a revamp of her approach to food.

She teamed up with her personal chef, Chuck White, to publish her cookbook, If It Makes You Healthy, a play on the words of  her hit song If It Makes You Happy. The cookbook features recipes rich in anti-cancer superfoods and ingredients intended to promote longevity.

“My cancer diagnosis screamed ‘vulnerable’ to me,” Crows writes in her cookbook “Never once in my life had I really considered what I put into my body as having a direct connection to my wellness.”

When Crow was diagnosed with breast cancer, she learned a lot more about nutrition than she had ever known before.

“There’s so much to know about nutrition that propagates wellness and well-being for that matter, and now that I’m raising two kids, I know when I feed them food that’s good for them, that’s colorful, that’s in season, that they’re getting more nutrients. It’s the same for adults — our cellular makeup really functions at a higher level when we’re eating food that is wellness-fortifying as opposed to immune-depleting.”

Advocating for an end to hunger

Crow believes it is important for everyone to be conscious and aware of the food insecurity experienced by those around them.

“I think that we have shone a light on hunger in a lot of other countries and we don’t realize it’s happening right here under our noses. I think there might be a bit of an embarrassment for people to talk about it at this point, people who aren’t used to having this struggle. And with the economy the way it is now, more and more people are falling into this category of being food insecure. We see it in school systems where we’re feeding more and more kids breakfasts and lunches — sometimes, those are the only meals that kids get.”

Last year she supported a Feeding America fundraiser through the sale of anti-hunger tee-shirts by tweeting to her followers asking for their support.

Crow has also worked t with the UN World Food Programme to spread awareness of their effort to combat global hunger.  In an interview with OK! magazine, she talked about what it was like to become a new mom knowing millions of children were going hungry.

“Being a mom has already inspired me to partake in the World Food Program, which feeds millions of kids worldwide: I don’t think there is any coincidence that I was feeding my baby watching these starving children living in abject poverty. Then the opportunity came up to make a real difference.”

Interesting stories about Sherly Crow and her food projects in online media: