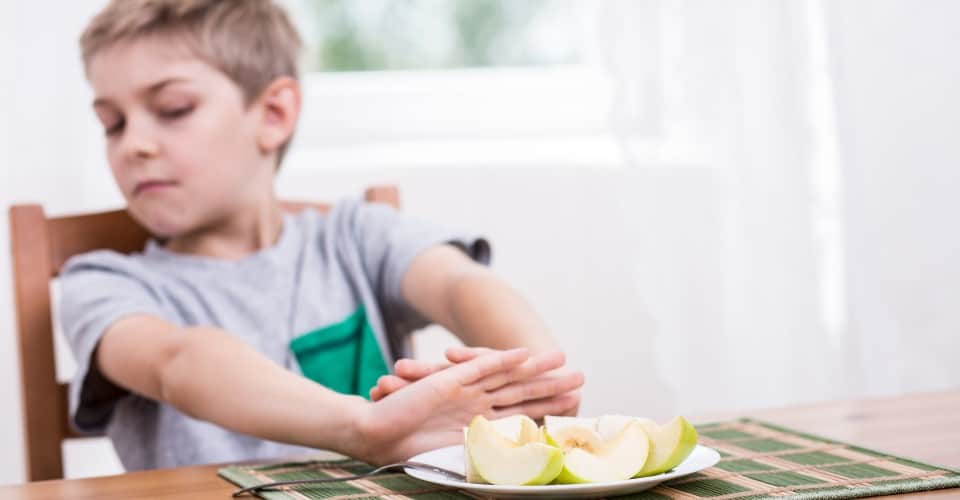 You might even say we’re a nation of picky eaters. Americans eat the same 14 to 18 dishes over and over, says Cary Neff, famed spa chef, author of “Conscious Cuisine” (Sourcebooks, 2004) and consultant to Jenny Craig. Typically, we eat the same breakfast, vary our lunches slightly, and for dinner have about eight to 10 different meals over the course of a month.

In fact, despite the variety of foods we have to choose from, we seem to be creatures of habit. “#Food choices entail decisions that are automatic, habitual and subconscious — leading to ‘uncreativeness’ and monotony,” says Anna Huotilainen, researcher at the University of Helsinki in Finland. And while many cultures eat certain staple foods out of necessity, in the United States, “It’s mostly done because of habit, and those habits can alter one’s taste preferences, making it less appealing to try healthy foods and more difficult to acquire a taste for them,” says Neff.

#Picky eating can be a problem when you’re trying to introduce healthy behaviors into your life. But there are some strategies that can help you increase the variety of foods you eat and make room for some new, healthier choices.

We come to prefer what we eat regularly, which means that food preference is primarily an acquired taste. Therefore, most experts agree that repeated exposure to new foods helps make them part of a regular diet. It can take as many as 10 to 15 exposures for either children or adults to develop a food fondness, says Marcia Pelchat, Ph.D., a food expert at Monell Chemical Senses Center in Philadelphia.

Although research shows that the more variety of unhealthy foods available, the more you overeat, that same principle can also be applied to eating an assortment of healthy vegetables. In fact, people who eat the widest variety of vegetables have less body fat than others because they can eat a lot more of them for a lot fewer calories. Plus, eating a variety of healthy foods helps ensure that we get all the vitamins, minerals and nutrients we need.

KEEP THEM HANDY, AND START SMALL

One way to learn to like healthy foods is to make them readily available so they become your “reach-for” foods. “Have the desired food — say, vegetables — around the house and present at every meal,” says Amy T. Galloway, Ph.D., professor of psychology at Appalachian State University in North Carolina. Buy and prepare healthier foods, such as asparagus, broccoli, grilled chicken, roasted vegetables, beans and soups, and keep them front-and-center in your fridge, freezer and pantry. Make unhealthy foods scarce. And as you’re developing a taste for these healthier foods, start small and go with the “one-bite” rule, meaning don’t push it — have just a taste.

Try to introduce new foods along with a familiar one. For instance, use your favorite seasonings the first time you’re trying couscous, and serve it with your usual vegetables. Pelchat also suggests sticking within your own ethnic or cultural background. So if you’re Italian, use Italian flavorings and preparation when trying a new food. Another suggestion: Use foods you know and enjoy as a base. If, for example, you’re ordering Pad Thai for the first time, ask for it to be made with chicken — assuming chicken is a food you know and like. And finally, look for the variety of new food that’s closest to what you normally eat. If you’re a steak lover who’s trying fish, opt for a dense “meaty” fish that’s as close to the taste and consistency of steak as possible.

Introduce new foods at the beginning of the meal, when your appetite is greatest. Some people tend to be less picky when they’re really hungry, says Kathleen Zelman, R.D., M.P.H., director of nutrition for WebMD #Health.

When introducing a reduced-fat or lower-calorie version of a familiar food, mix the two at first. For instance, instead of eating plain egg whites, combine one-third egg whites with two-thirds whole eggs, and then gradually reduce the amount of whole eggs. You can do the same with a variety of foods, including whole milk and skim milk, as well as low-calorie whole-grain and regular cereal. Eventually you won’t know the difference, and you will be eating or drinking only the healthy choice.

Stealth nutrition is a great way to hide or disguise nutritious foods. Sneak fruits and vegetables into familiar dishes, such as casseroles, soups, stews and omelets; shred carrots or zucchini into muffins, suggests Zelman. In addition, pureeing foods can make them unrecognizable, leading to better acceptance.

USE SEASONINGS AND SPICES

Fear of cooking new foods incorrectly is one reason we avoid trying them. Another issue is the actual preparation: If it looks or feels strange before it’s prepared, it could create feelings of disgust and food aversions. Therefore, if you’re feeling ready to try a new healthy food, visit a restaurant known for serving it. That way you’ll see exactly how it should be prepared and will be able to try it in the best possible light. Also, restaurants pay particular attention to presentation, which makes the food more appealing and may actually make it seem tastier. It doesn’t hurt to read the “romantic” and tempting descriptions on the menu either. Neff suggests putting “uncommon foods center stage and creating a fun and exciting environment around the food.” Much of eating, after all, is about socializing.

We like to distance ourselves from the “weird” or unfamiliar parts of foods, especially when the food comes from an animal. Research shows we are more likely to try new plant-based foods than different or unique animal-based foods. Just look at how we eat chicken, with all the awkwardly shaped parts taken out. Pelchat suggests making the food more rectangular: The more it is separated from its natural form, the less scary it will be. This is another good reason to try new foods in a restaurant, where all the prep work and cooking is done for you.

Don’t force kids or adults to eat foods they don’t want, says Galloway. A journal article in “Appetite” reported that when an authority figure, such as a parent or teacher, forced a child to eat “a novel, disliked or aversive food,” 72% of those currently in college said they wouldn’t eat the food today.

Kids mimic the eating behavior of parents, siblings, peers and people on TV and in advertisements — but in the early years, it’s mostly their parents. “Childhood is when you’re developing eating habits that will carry you throughout life,” says New York City nutritionist Shira Isenberg, R.D. So if you don’t eat healthy foods, there is a strong chance your children won’t either. In fact, one study has shown that when parents offered food to young children without tasting it first, the children were less likely to eat the new food.