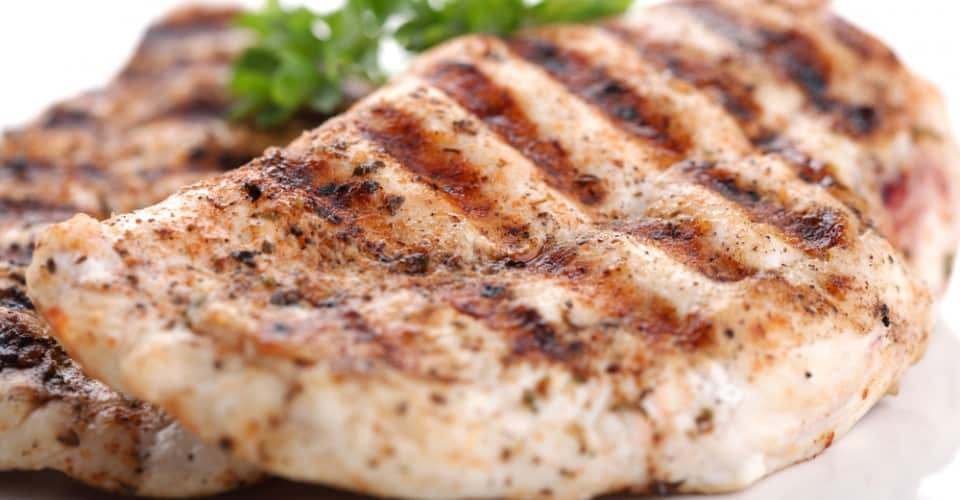 In fact, probably one of the key lessons learned from all the Atkins and South Beach hype is that #protein makes you feel full longer than carbs and fat. And, according to a recent study published in the “American Journal of Clinical Nutrition,” you don’t even have to eat low-carb to get results.

According to lead study author D. Scott Weigle, M.D., a professor of medicine at the University of Washington School of Medicine in Seattle, “If you compare different diets, all with the same percentage of carbohydrates, satiety was significantly higher when daily intake was almost one-third protein.”

In the study, the participants lost weight on a diet of 30 percent protein, 50 percent carbs and 20 percent fat. One segment of the study group was not restricted as to calories — they were able to eat whatever they wanted as long as they maintained the 30 percent protein intake. When they were switched from the weight maintenance to the unrestricted phase of the study, they spontaneously dropped their average daily caloric intake by 450 calories, resulting in an average weight loss of 11 pounds over 12 weeks.

Many studies are now reporting the positive effects of protein on weight loss. In a recent review published in the “Journal of the American College of Nutrition,” Frank Hu, M.D., Ph.D., MPH, a professor of nutrition and epidemiology at Harvard University’s School of Public Health, confirmed protein’s positive effects on losing weight. “Although most of the high-protein studies have only looked at short-term weight loss, the evidence is very convincing that protein increases satiety and decreases overall caloric intake,” says Hu.

Why Protein Works
First of all, foods that are high in protein slow the movement of food through the digestive tract, and slower stomach emptying means you feel full longer and get hungrier later (increasing satiety) compared with lower-protein diets. “The evidence also suggests high-protein meals lead to a reduced subsequent calorie intake,” says Hu.

Also, eating foods that are low-fat, low-carb and high in protein will help you avoid other less-healthy, high-calorie foods that do not keep you full.

Lastly, the body uses more calories to digest protein than it does to burn fat or carbohydrates. “There is convincing evidence that a higher protein intake increases thermogenesis [generation of heat within the body, which increases caloric burn],” says Hu. He believes you could burn an additional 30 calories per day simply by eating a diet composed of about 30 percent protein.

The Diet
The idea is to eat small to moderate amounts of healthy fats (e.g., vegetable oils, nuts and avocado), a moderate amount of “good” carbohydrates (i.e., fruits, vegetables and whole grains, which are also high in fiber) and a moderate amount of protein that’s low in fat (e.g., fish, egg whites, skinless chicken and turkey breast, beans and soybeans, low-fat dairy products). The breakdown should be 25–30 percent protein, 45–50 percent carbs and about 20 percent fat.

Do not confuse this type of diet with a low-carbohydrate diet like Atkins or South Beach, emphasizes Hu. Also, Weigle recommends getting a good portion of your protein from low-fat dairy sources to ensure adequate calcium intake (to avoid the reduction in calcium levels that typically occurs on a higher-protein diet).

Keep in mind that one of the reasons to maintain a low-fat diet is that fat is more expensive in terms of calories. Fat contains more than twice the calories of an equal amount of carbohydrates or protein.

Safety
There are some potential health problems associated with increased protein consumption, such as the depletion of calcium mentioned above. However, the Institute of Medicine has concluded that there is no clear evidence that a high protein intake increases the risk of kidney stones, osteoporosis, cancer or cardiovascular disease. Currently, the IOM recommends that 10 to 35 percent of calories in an adult’s diet come from protein.