News You Should Use! 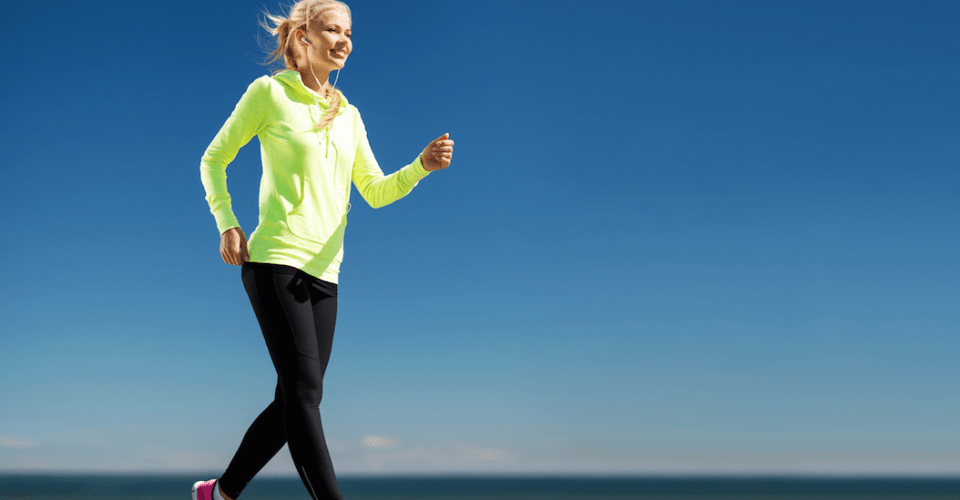 Breakfast Helps You Exercise More
The reality is that there is mixed research coming out these days on whether or not breakfast helps you lose weight. However, new research from the University of Bath (UK) appearing in the American Journal of Clinical Nutrition found that obese individuals who eat breakfast have more physical activity during the day. The researchers found that eating a breakfast of at least 700 calories before 11am, as compared to not eating breakfast at all (not even water) did not make obese individuals lose weight but did result in more physical activity in the morning and reduced food intake later in the day so that both groups ate similar amounts overall.

Protein Makes The “Right” Breakfast for Kids
Research conducted by Tanja Kral, Ph.D., and colleagues at the University of Pennsylvania School of Nursing concluded that a breakfast high in protein (such as eggs) keeps children fuller longer than cereal or oatmeal, causing them to eat fewer calories at lunch.

According to the research, after consuming the egg breakfast (scrambled eggs, whole wheat toast, diced peaches, and one percent milk) children reduced their energy intake at lunch by 70 calories (roughly equivalent to one small chocolate-chip cookie)
.
How to Apply the Breakfast Research: Make sure to eat a healthy breakfast. Not sure what that means? Here are a few articles that will help set you on the right course: https://www.dietdetective.com/breakfast-5-minutes-or-less/ andhttps://www.dietdetective.com/starting-right-breakfast-choices-2/

Vacations Can Make You Fat, Yes, but it’s My Vacation….
Yes, I know it’s your vacation; you want to be free–free from emails, phone calls, and anything that doesn’t equal relaxation. And the last thing you want to be thinking about is dieting. Well, unfortunately, a week’s vacation may be costly when it comes to controlling your weight.

According to professor Jamie Cooper from the University of Georgia, adults going on a one- to three-week vacation gained an average of nearly 1 pound during their trip. With the average American reportedly gaining 1-2 pounds a year, the study’s findings suggest an alarming trend. Even worse news–the weight-gain occurred despite a trend for slightly increased physical activity during vacation.

How to Apply the Research: Try to scope out the territory.
· Find healthy restaurants and markets in the area. Search online or call the concierge or hotel manager of a few local hotels (even if you’re not staying there) to ask for recommendations. Find out if the menu is available on the Internet so that you can make decisions before you get there ­ it’s always better to map out your food choices ahead of time.
· Get moving. Ask if there are hiking or walking trails, fitness facilities or other interesting activities nearby that require you to move. If your motel or hotel has no gym, try The International Health, Racquet and Sportsclub Association (IHRSA) Passport Program, which gives members of participating IHRSA clubs guest privileges at thousands of clubs worldwide. Find a club by going to www.healthclubs.com/passport.
· Find a farmers’ market. The USDA web site www.ams.usda.gov/farmersmarkets/ provides information on places to find fresh, healthful food.
· Get a kitchen. Find out if the place you’re staying has rooms with kitchens, or, at the least, ask for a fridge in your room ­ even if you have to pay a small fee. That way, you can stock up on healthy fruits and veggies. Also, see if you can get a microwave ­ not that you should spend your vacation cooking in your room, but you can use it to make snacks like popcorn or even microwavable packaged foods

Cluttered Kitchens Cause Fat
According to a new study conducted at the Cornell Food and Brand Lab and published in Environment and Behavior,cluttered kitchens can increase calorie consumption. Stressed women who were asked to wait for another person in a messy kitchen — with newspapers on the table, dishes in the sink, and the phone ringing–ate twice as many cookies compared to women who waited in the same kitchen when it was organized and quiet. In total they ate 53 more calories from cookies in 10 minutes’ time.

How to Apply the Research:

Barley Helps Improve Blood Sugar Levels and Reduce Appetite
A recent study from Lund University in Sweden shows that barley can rapidly improve people’s health by reducing blood sugar levels and risk for diabetes. The secret lies in the special mixture of dietary fibers found in barley, which can also help reduce people’s appetite and risk for cardiovascular disease.

The researchers found that the participants’ metabolism improved for up to 14 hours, with additional benefits such as decreases in blood sugar and insulin levels, increases in insulin sensitivity and improved appetite control. The effects arise when the special mixture of dietary fibers in barley kernels reaches the gut, stimulating the increase of good bacteria and the release of important hormones

How to Apply the Research:
The researchers recommend the following:
·      Choose bread with as much whole grain as possible. Feel free to mix barley with other grains, for example rye
·      Avoid white flour
·      Add barley kernel grains to soups and stews
·      Replace white rice with cooked barley
·      The bread used in the study was made with 85 percent barley grains that had been boiled and mixed with wheat flour. If you want to reduce the amount of barley grains, you can replace some with whole grains.

Get Someone to Exercise by Taking Away Money
According to a study conducted by Mitesh S. Patel, MD, MBA, and colleagues from the University of Pennsylvania financial incentives for promoting daily physical activity goals are most effective when the award can be lost. This means that the threat of having monies or benefits taken away is more effective than not earning them in the first place. See:http://annals.org/article.aspx?articleid=2491916

How to Apply the Research: If you want to motivate people to increase their daily activity levels, try setting up a way for them to lose benefits or money. Or you can try to do this for yourself. Give a friend $500 for every day you fail to reach your goal, you forfeit $5. One hundred days later you should have a nice little exercise routine going.

Freezing Steaks May Help Tenderize Them
According to researchers at Kansas State University, the impact of freezing strip loin and inside (aka top) round steaks improves tenderness. The researchers tested six major muscles from the hind quarter and found that these two cuts were up to 10 percent more tender after freezing.

How to Apply the Research: If you eat steak, freezing a strip loin and inside round steak will help to tenderize it.