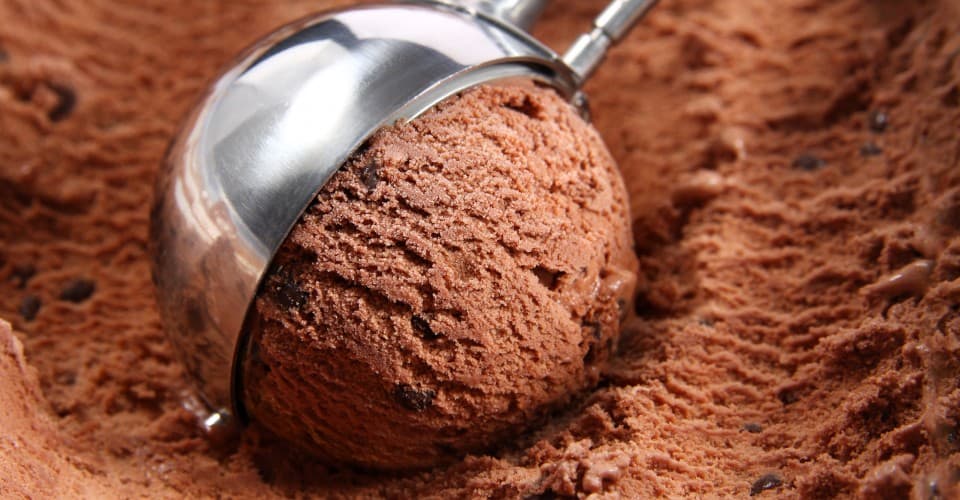 Baskin-Robbins Maui Brownie Madness Low Fat Yogurt vs. Espresso ‘n Cream Low Fat Ice Cream
If you guessed the low-fat yogurt is better, you guessed wrong. Actually, in this case the Low Fat Espresso has 180 calories per scoop (1/2 cup), and the yogurt has 210 calories. Just because it says low-fat yogurt doesn’t mean it’s the lowest in calories.

Dairy Queen Chocolate Sundae vs. Blizzard
The medium sundae is 410 calories, whereas a medium Reese’s Peanut Butter Cup Blizzard is 790 calories. You think that’s high? The medium Chocolate Chip Cookie Dough Blizzard is 1,030 calories. But don’t rush out thinking that sundaes are necessarily healthier. A 19-ounce Denny’s Banana Split is 894 calories. A Banana Split Sundae at Baskin-Robbins is 1,030 calories for 20 ounces — and it also contains more than 100 percent of the artery-clogging saturated fat a person should receive in one day. Any time you get more than one scoop you’re asking for calorie trouble.

Dairy Queen Vanilla Soft-Serve vs. Chocolate vs. TCBY Soft-Serve Creamy Frozen Yogurt (96 Percent Fat Free)
Believe it or not, they’re all about 35 calories per fluid ounce. So now let’s look at serving sizes. TCBY serves up 7 ounces at about 240 calories, the same size as a small DQ cone. Dairy Queen is famous for those chocolate-dipped cones, but if you go for a large, that’s 670 calories; a medium is 490 calories.

The good news is that TCBY offers a 4-ounce nonfat soft-serve version for 193 calories. If you decide to go with the TCBY Butter Pecan Perfection Hand-Scooped Frozen Yogurt, a ½-cup serving is 110 calories. So, if you can get by with a ½-cup serving — about one scoop — that’s not a bad deal. Even Dairy Queen has low-calorie treats like the DQ Fudge Bar with no sugar added, which is only 50 calories (about 2½ ounces) and the Dairy Queen Vanilla Orange Bar — also with no sugar added — at 60 calories for the same 2½ ounces. (TCBY Nutritional Information: http://www.tcby.com/nutrition.asp)

Gelato is Italian ice cream that is served in a semi-frozen state. It’s denser than soft-serve because it has less air. Since it’s made mostly with milk (not cream), it can sometimes be lower in calories than premium ice cream. For instance, Old-fashioned Cream Gelato from a famous Italian gelato maker, now called Grom (www.grom.it) on the Upper West Side of Manhattan in New York City, has 215 calories for a small (about a ½ cup). Their Extra-noir chocolate has 235 calories, as does the Hazelnut. Ciao Bella Vanilla Gelato is 210 calories for ½ cup, and their Dulce De Leche is 243 calories for ½ cup.

Italian ices are always a good bet at only 50 calories per ½ cup.

Starbucks Classic Coffee Ice Cream vs. Ben & Jerry’s Organic Vanilla vs. Häagen-Dazs Light Dulce de Leche Ice Cream
At 230 calories per ½ cup, the Starbucks is actually lower in calories than other premium ice creams. Häagen-Dazs Light Dulce de Leche Ice Cream has 220 calories for the same amount, even though it’s “light.” Surprisingly, all the flavors in Ben & Jerry’s organic line, at 240 calories per ½ cup, are lower than most of its regular ice cream flavors. The organics at Ben & Jerry’s are not the lowest of the lows, but they’re the lowest of the highs.

Get this: A classic Popsicle only has 45 calories in 1.65 ounces. A Creamsicle has 70 calories for the same amount. And what about fruit bars? They’re typically around 80 calories per bar. Not only are they low in calories but some of them, like the strawberry flavor, contain real fruit. PhillySwirl, a Florida-based ice cream company, works hard to put out great low-calorie frozen treats. Some of their great products include the Phudge Sundae and the Fudge Swirl Stix — both 57 calories each. Also, they’re now launching an all-natural product line.

Flying Saucers vs. Good Humor Ice Cream Sandwich vs. Toll House Cookie Sandwich
Good Humor’s (http://www.icecreamusa.com/good_humor ) Ice Cream Sandwich (3.5 ounces) is only 160 calories, which is great because it’s portion controlled; there’s even a 3-ounce version at only 130 calories, which is a real Calorie Bargain. The worst of all these is the Nestlé Toll House Cookie Sandwich costing 540 calories for one sandwich. Flying Saucers (ice cream sandwiched between two big chocolate wafers) at Carvel are a better bet at 240 calories. And the DQ Sandwich is even less at 190 calories. Skinny Cow’s round sandwiches are an even better bet at 140 calories.

Standard Serving Size vs. Cold Reality
The reality is that most of us don’t eat only ½ cup of ice cream, which is the standard serving size listed on the package. Half a cup is about the size of a half-baseball or half-tennis ball. Have you ever seen those small, bathroom-size Dixie cups? Well, if you fill one of those to the brim, with some ice cream oozing over the top, you have your half cup. Not much, is it? It’s about one regular scoop, not a heaping scoop. Most people eat at the very least 1 to 1½ cups of ice cream per sitting — that’s about 500–750 calories. Also, if you think 1 tablespoon is harmless, well, think again. For each one of those spoonfuls, you’re looking at about 30–35 calories.