Keep it Casual and Healthy 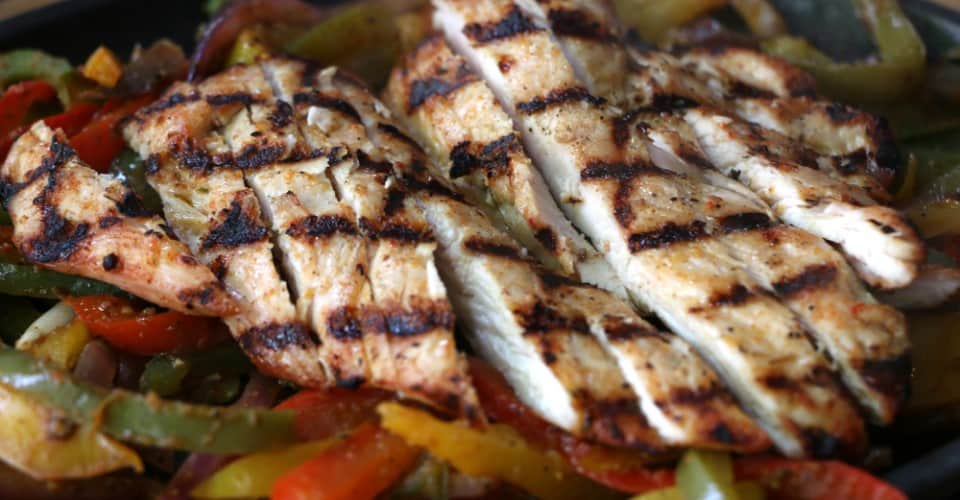 Keep it Casual and #Healthy

Fit Tip: Avoid almost everything else on the menu unless you can ask for it grilled or broiled without oil and served without cheese or sauces. This includes appetizers (often loaded with fat), salads (may have more than 700 calories with dressing), steak and ribs (T.G.I. Friday’s is known for these particularly fattening foods) and everything on the Atkins menu.

(All of the above calorie counts have been estimated by a registered dietitian.)

Fit Tip: Almost everything has butter, seasoning or some fattening sauce, so make sure to ask that your dish be prepared without. As far as steak is concerned, your best bet would be sirloin (about 700 calories for 12 ounces), one of the leanest cuts you can order. Or go with filet mignon, which is smaller — typically 9 ounces and about 450 calories, with approximately 9 grams of saturated fat. Avoid the Outback Style Prime Rib or the Rockhampton Rib-Eye if you’re looking to save calories. Whatever you do, don’t order the Aussie cheese fries: They have more than 2,000 calories!

This is probably the only Chinese restaurant in the country that has the nutrition information for every single dish on its website. Ever wonder how many calories and fat grams you’re eating? It’s worth taking a peek. There are some great dishes here, and there are also many dieting pitfalls.

Fit Tip: Make a meal out of appetizers and sides. Choose Seared Ahi Tuna and Sichuan Asparagus or Shanghai Cucumbers. Avoid most of the salads except for the Alaskan Sockeye Salmon (470 calories). The Oriental Chicken Salad has 940 calories. Steer clear of the spare ribs (1,410 calories, 32 grams saturated fat) and anything Kung Pao, such as Kung Pao Chicken (1,230 calories).

The Guiltless Grill menu of low-calorie choices is great. Chili’s will also make adjustments to any of the other #food items because they’re all made to order. For instance, if you want a house salad as an appetizer, ask for dressing on the side and choose either the fat-free honey-mustard or the low-fat ranch dressing.

Fit Tip: Forget the Awesome Blossom. In fact, skip all the appetizers; they’re too expensive calorie-wise. Avoid the fajitas: You may think they’re a low-cal option, but they’re far from it at more than 1,000 calories. The meat and vegetables are cooked with loads of oil, and the toppings can almost double the calorie count. Steer clear of the margaritas, too.

Applebee’s has teamed up with Weight Watchers to create some excellent low-calorie choices. Most portions are the same size as those on their regular menu, which means they’re using better cooking techniques and healthier ingredients — like whole wheat and low-cal cheeses and sauces — not just giving you half the food.

Fit Tip: Steer clear of the Bleu Cheese Sirloin, which is likely to be well over 1,200 calories. Steaks are high enough in calories without pouring on cheese sauce. Don’t be fooled by the sandwiches and roll-ups: They’re high in calories, too, especially with the fries, cheese and sauces. Avoid all the “Neighborhood Favorites,” which look dangerous. If you really want dessert, and you order dinner from the Weight Watchers menu, you can probably fit in the Chocolate Raspberry Layer Cake (230 calories, 3 grams fat).

Don’t think that just because it’s seafood it’s healthy — there’s plenty of unhealthy, fried, buttery seafood out there. However, LightHouse choices at Red Lobster are low-fat and low-calorie.

Fit Tip: The nice thing about Red Lobster is that you can get the tilapia, rainbow trout or salmon in full or half orders, so you can save calories on portion size. Make sure to substitute cocktail sauce whenever a dish comes with a side of butter sauce — that saves 115 calories per serving. And pico de gallo on your potato adds only 6 calories, for a total of 185 calories, which definitely beats butter! Avoid the New England Clam Chowder and the Shrimp Lover’s Combo, which is basically taking healthy food, frying it up and making it unhealthy. Watch out for the salads, too; they have high-calorie dressings, cheese and other assorted unhealthy goodies.

These restaurants are very accommodating and take special requests reasonably well. You can also shave calories by ordering a lunch portion of the Garden Fare meals.

Fit Tip: Stick with the Garden Fare choices, designated on the menu with an olive branch. And order Low Fat Italian Dressing (37 calories per serving) or Low Fat Parmesan Peppercorn Dressing (45 calories per serving) with any salad. You should assume that much of the food not designated Garden Fare has more than 1,000 calories, especially creamy, fried and cheesy dishes. Also, watch out for the bread sticks. At 140 calories apiece, they can make any meal a #diet disaster. Put in a “stop order” with the servers before they even come near your table.

One amazing thing this chain has done is to offer full nutrition information on their website. Another is that they’ve asked all their suppliers to remove trans fat from their products, and they’ve switched from hydrogenated soybean oil to trans-fat-free canola for cooking. They also have a Smart Eating menu with nutrition information printed right on it.