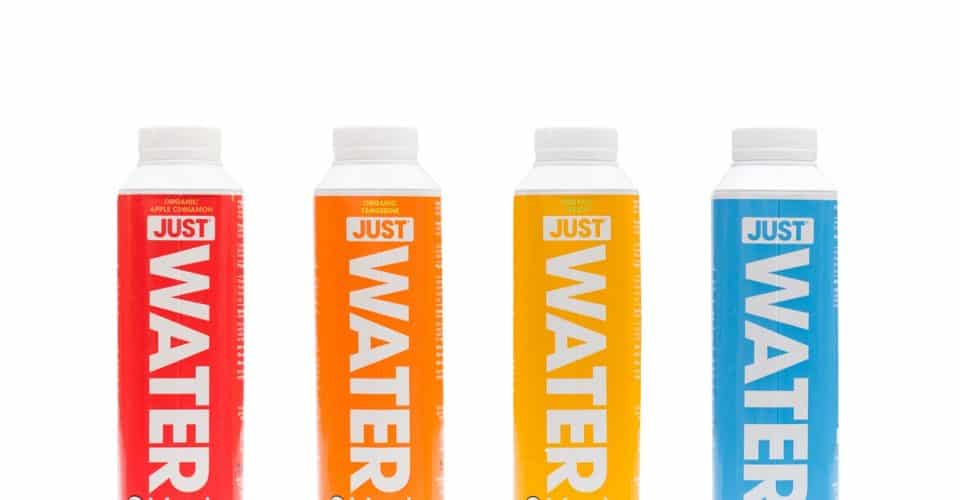 This is the first in an ongoing series about interesting, #socially responsible food companies.

How is the company socially responsible? JUST Water manufactures less environmentally harmful #bottled water. The company believes that Americans are unlikely to completely give up single-use bottled water anytime soon. Until we turn to tap, JUST seeks to provide environmentally and economically fair bottled water for conscientious consumers. It even says right on it’s bottle to reuse it or refill with tap water when available. JUST practices corporate social responsibility through three distinct channels: water, packaging, and community.

The city of Glens Falls uses about 1.3 billion of those gallons, leaving an excess of 1.7 billion gallons. JUST pays six times the highest municipal rate to bottle less than 3 percent of the excess water. This provides a new income source for the city, which uses the money to maintain city infrastructure and fund repairs to aging water pipes. According to the company, spring water has superior taste, more nutrients, and requires fewer resources to process than municipal water. (Just Water)

JUST water is packaged in 100 percent recyclable paper-based cartons sourced from sustainably managed forests. The few plastic parts of each carton—such as the shoulder and cap—are made from renewable sugarcane. Each paper-based carton begins life as part of a flat roll, similar to a roll of butcher paper, which is later cut and folded into shape.

JUST Water has created the first public/private water model in history with the city of Glens Falls, NY. In its partnership with Glens Falls, JUST chooses to invert typical water valuation models, wherein individuals pay significantly higher prices than companies for access to water. Instead of paying industry-standard rates, JUST pays six times more than the highest municipal water rates. JUST’s high valuation of water creates much needed revenue—more than one million dollars over the next three to five years—for Glens Falls. In future years, the revenue generated by JUST could actually raise the Glens Falls watershed’s water levels through repairs to leaky pipes and other aging infrastructure.

However, JUST’s partnership with this sleepy New York city extends beyond fair rates for water. In 2012, the company built its first processing facility in an abandoned Glens Falls church. This decision put one of the city’s many vacant historic buildings back on the city’s tax rolls. All in all, ninety-two percent of the money JUST invested in its first facility stayed in Glens Falls’ 518 area code. (Just Water, LinkedIn, Youtube)

Company origin:
Years ago, while surfing in the Pacific Ocean, Jaden Smith noticed a plastic bottle floating in the water. At the time, Jaden was still in school and learning a great deal about the Great Pacific Garbage Patch. The sight of a floating bottle, coupled with the knowledge that there were many, many more bottles out there, caused Jaden to focus on the environmental impact of single-use plastics. In order to be proactive in preventing climate change, Jaden and Will Smith, and longtime family friend Drew Fitzgerald created JUST in 2012. (Chicago Tribune, Youtube). (See: Chicago Tribune, Youtube, Youtube)

Latest “socially responsible” project:
On World Oceans Day, in 2018, JUST Water participated in an organized “Beach Cleanup” of Ditch Plains, Montauk, as a way to bring attention to some of the problems facing our oceans and focus on impactful solutions. (See: Just Water, Youtube)

Any upcoming notable projects or products:
JUST recently launched a line of organic infused waters. Flavors include Apple Cinnamon, Tangerine, and Lemon. Boiled herbs, spices, and fruits with rinds infuse JUST’s spring water with but do not add any sugars, preservatives, or extra artificial or natural flavors.

This expansion is part of a long-term strategy to make JUST a substantial brand in the beverage industry. (BevNet, JUST Water)