Chefs Who Cook Well and Do Good: José Andrés 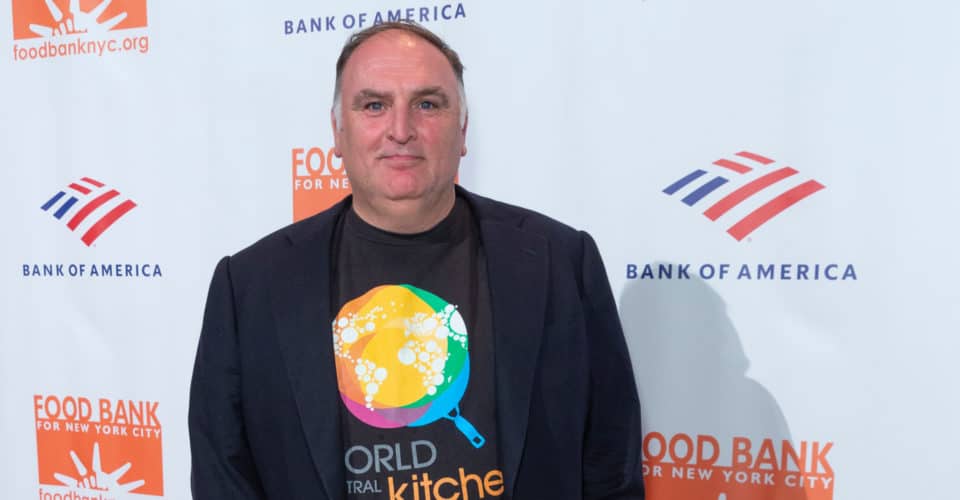 Culinary Training: Attended the Escola de Restauració i Hostalatge in Barcelona, Spain, from 1985-1989; served in the Spanish army, first as an admiral’s chef and then on the Juan Sebastián de Elcano, one of Spain’s great navy ship; apprenticed at several restaurants in New York City and Washington, D.C., in the early 1990s, during his first years in America

How He Is Changing the Food System: Chef Andrés, with more than 30 restaurants under his belt,  is an internationally recognized name in the restaurant and hospitality business.  In fact, TIME magazine named him one of the most influential people in the world, not once but twice. Aside from his reputation as a culinary innovator creating ground-breaking cuisine, Chef Andrés is known as a someone who uses food to empower communities and strengthen economies in the United States and abroad.

In 2012, he formed the World Central Kitchen (WCK), a non-profit harnessing the culinary power of chefs to create smart solutions to end hunger and poverty. Founded on the belief that food can be an agent for change, the organization was formed in response to the 2010 Haiti earthquake to provide healthy food to families and individuals touched by disasters.

After Hurricane Maria in Puerto Rico, with two short-term contracts from FEMA, he led a grassroots movement to establish communications, provide food supplies, and serve more than 3,6 million meals–more than the Salvation Army or the Red Cross.. For his efforts in Puerto Rico, Chef Andrés was named the 2018 Humanitarian of the Year by the James Beard Foundation. His book, We Fed an Island: The True Story of Rebuilding Puerto Rico, One Meal at a Time, recounts that experience.

Most recently, in 2019, WCK under Chef Andrés’s leadership opened a restaurant on Pennsylvania Avenue in Washington, D.C. to feed federal workers who were furloughed during the government shutdown.

In addition to its role as a first responder after natural disasters, WCK has expanded its efforts to focus on health (through cleaner cooking and food safety training), education (through school kitchens that encourage school attendance with free lunches), jobs (through culinary training to increase income and offer opportunities) and social enterprise (through food ventures that create jobs in low-income communities.) To date, WCK is involved with community development in Brazil, Cambodia, Cuba, the Dominican Republic, Nicaragua,and Zambia.

In addition to his nonprofit activities, Chef Andrés is an advocate for healthier eating. His latest cookbook, Vegetables Unleashed, shines the culinary spotlight on the often-neglected side dish. Believing vegetables deserve more respect than they are given, the Chef told Be Here Now, “If we want to be feeding the world, I believe that vegetables are going to have to be at the center of the plate.”

Chef Andrés also sits on the Board of DC Central Kitchen, the nation’s first community kitchen that aims to fight hunger by training jobless adults for culinary careers.

Awards and Honors: Throughout his career, Chef Andrés has been recognized for his achievements as a chef, creative, advocate and nonprofit leader. Here are a few examples of his achievements: