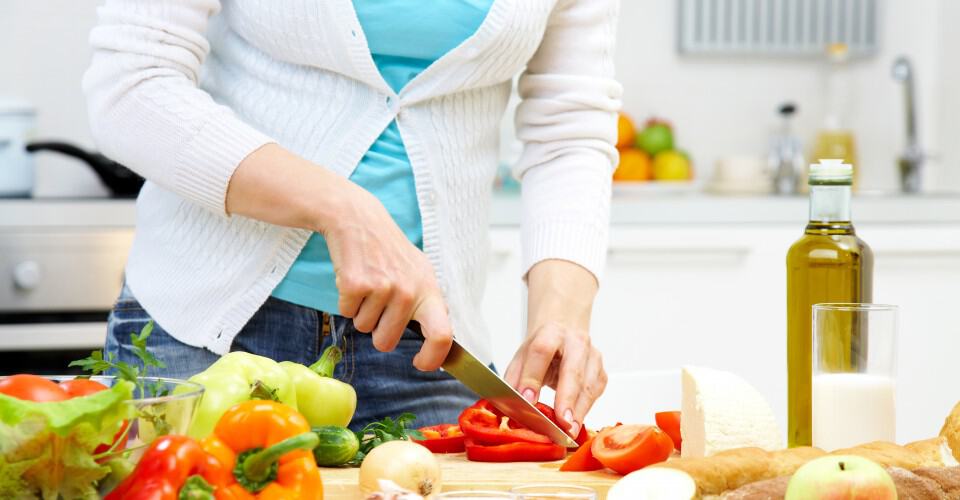 Janet Podleski and her sister, Greta, are monthly columnists for Canada’s number-one magazine, Reader’s Digest, and were voted into Canada’s Top 40 Under 40 in 2000. The sisters and their inspirational, self-publishing success story have been featured on dozens of national TV programs such as The Today Show, CNN, Canada A.M. and QVC, as well as on hundreds of radio shows, and in magazines and newspapers across North America. In addition to a B.A. in Psychology, she has also earned a degree as a Registered Holistic Nutritionist.

Diet Detective: Hello, Janet, thanks again for the #interview. Great book, by the way, wonderful recipes, cute and exciting. How did you and your sister get interested in healthy #cooking? Did you ever eat unhealthy foods? What motivated you?

Janet: My sister Greta is the cook and I’m a registered nutritionist. Since we both played sports growing up, we were always interested in #nutrition and healthy eating. When we wrote our first cookbook, Looneyspoons, back in 1996, our goal was to make the topic of healthy eating fun and easy to understand by wrapping nutrition tips and great-tasting recipes in humor. We figured everyone loves to eat and everyone loves to laugh, so why not combine the two?

Yes, I do eat unhealthy foods! I love chocolate and especially homemade chocolate chip cookies right out of the oven. However, I eat very healthfully at least 80% of the time and I don’t stress out about having the occasional indulgence.

Diet Detective: How did you learn to cook?

Janet: I didn’t! I’m a bit of a cooking klutz, to be honest. It’s my sister, Greta, who’s the cooking genius. It takes me an hour to make minute rice, but I’m getting better!

Diet Detective: Who and what influenced the way you think about #food?

Janet: Our mom was a great cook who made meals from scratch almost every day of the week, despite being a busy working mom and having 6 children. There’s nothing better than a home-cooked meal made with healthy, fresh, natural ingredients. Our mom rarely cooked out of packages, boxes and bags. Even the simplest meal tastes better when it’s made in a home kitchen.

Diet Detective: If you could have a healthy meal cooked for you, what would you order, and who would you like to have cook it for you?

Janet: I love meals that include lots of vegetables and interesting spices…especially fresh gingerroot and cilantro. If I could have anyone cook for me, I’d pick George Clooney. I’m sure he can cook…can’t he?

Diet Detective: Are there tricks to cooking healthfully – perhaps something that you discovered when creating the recipes for this book?

Janet: Greta creates all of the recipes for our cookbook in her own kitchen. She shops for all the ingredients herself and does all the chopping and clean-up too! I don’t even offer to help do the dishes….I just taste her concoctions and rave about them. She always says “A well-stocked spice rack is a healthy cook’s best friend,” so it’s important to replace some of the sodium and sugar and unhealthy fats in a recipe with herbs and spices (which not only add flavor, but also nutrition). We also don’t believe in using fat-free products, which contain all kinds of weirdo, unpronounceable ingredients. What is fat-free cream cheese, anyway? I don’t think it’s cream cheese anymore once all the fat is out of it.

Diet Detective: In your book you talk about “common-sense theories” – what do you mean? Can you explain it to us, and give us a few?

Janet: My sister and I truly believe that small, gradual changes to your diet and lifestyle pay huge dividends as far as your waistline and overall health. The simple, smart choices you make each day really do add up—like choosing water and lemon over sugar-filled pop, fresh berries instead of ice cream for dessert, whole-grain versus white bread.  A simple rule of thumb to follow is the 80/20 rule: 80% of the time, choose foods that are nutritious—natural, unprocessed foods, high in fiber, good fats and lean protein—and 20% of the time, have whatever it is you’re craving. If you’ve just gotta have cheesecake, have a small piece, enjoy every mouthful, and then get back on the healthy eating track for the rest of the day. It’s not every morsel you eat that’s important, it’s what you do consistently, over the long haul, that matters most. (The problem is, most North Americans have that ratio reversed: 20% of the time they eat healthfully, and 80% of the time, they eat junk!)

Diet Detective: What’s up with the title Eat, Shrink, and Be Merry”?  Love it.

Janet: Our mission is to make healthy eating so darn delicious and so much fun that people would almost get healthy by accident. And since more giggling leads to less jiggling (laughing actually burns calories!), we spice things up in our book by using cartoons and humor to make the complicated subject of nutrition “easier to digest.” So Eat, Shrink & Be Merry really conveys what we’re all about. It’s all of the taste, but not on your waist. And that makes people happy!

Diet Detective: What advice would you give to someone that is trying to eat better – give us something inspirational that we haven’t heard before?

Janet: It’s our indulgences that are the problem. And sugar is one of the worst offenders—the evil villain behind our bulging bellies and the arch-enemy of healthy skin, too! So, with that in mind, here’s a simple rule of tongue: Before any rip-roaring, high-calorie, belt-busting treat crosses your lips, make sure it’s “splurge-worthy.” When you get the urge to splurge on calorie-laden indulgences (and we all do!) rate the food on a scale of 1 to 10. If it isn’t a 9 or 10, don’t bother—it’s not worthy! Who really wants to gorge on 600 sugar-loaded, headed-straight-to-your-hips calories in the form of Gram and Gramps’ 50th anniversary sheet cake? Be polite, enthusiastically taste a small forkful, then slip the rest to Aunt Gertrude’s Pomeranian. It’s not worthy! Repeat: Not worthy! There’s nothing worse than having to loosen your belt after eating a meal or a food that you didn’t even enjoy. Talk about waisting calories!

Janet: I believe that D.I.E.T. is a four-letter word that really means “Don’t Imagine Eating Treats.” When you deprive yourself of the occasional treat, when those “sin” foods are completely off limits, those are the foods you’ll end up desperately craving. Sooner or later, you’ll end up throwing in the towel, and eating every taboo food you can get your hands on. That’s why diets fail. They’re temporary. What happens when you go back to your “regular” eating habits? You gain back all the weight you lost, and then some. Variety and moderation and balance are a lot easier to stomach than self-denial and deprivation. A lifetime eating plan includes all the foods you enjoy. No foods are bad or taboo.

Janet: Lemon. It not only adds wonderful flavor, but it’s so good for you. It makes your body alkaline (despite people thinking it’s acidic, it’s actually alkaline-forming in your body, which is a good thing, especially if you’re trying to lose weight. It’s tough to lose weight when your body is too acidic.) Lemon is also a great liver and blood cleanser. Plus, when you add some lemon juice to food, you lower the glycemic index of that food by up to 30%, so it’s great for controlling blood sugar.

Diet Detective: What’s the one kitchen utensil or tool that you can’t live without?

Janet: A very sharp knife. I use a Santoku knife, which my sister, Greta, swears by. If you can’t slice through a tomato easily, it’s time to get a new knife.

Diet Detective: What do you consider the world’s most perfect food? [Please be specific and try not to answer with a category but rather with a specific food item: for example, not “whole grain” but “raisin bran cereal”?]

Janet: Chia seed (sometimes goes by the brand name of “Salba.”) It’s an ancient super-grain, and yes, if the name sounds familiar, it’s because it’s the very same seed used in Chia Pets, those novelty gifts that sprouted “hair.” Chia is one of the richest sources of fiber in nature, and gram for gram, rivals salmon for its Omega-3 fatty acid content. It also contains calcium, magnesium, potassium, iron, and even antioxidants. Almost sounds too good to be true, there’s an awful lot of nutrition crammed into a small amount. If I were a contestant on Survivor, I’d sneak some chia on the island. One cup would keep me going for days and days and days! (And I’d get voted off for not sharing!)

Diet Detective: Would you mind sharing a few recipes with us?

Janet: One of my favorite recipes in Eat, Shrink & Be Merry is called “Lord of the Wings.” My sister did an Extreme Makeover of chicken wings, which so many people love, but are loaded with calories and saturated fat. She uses boneless, skinless chicken thighs, and cuts them, then rolls them to make them look like wings. Then she marinates them and grills them in a gooey, scrumptious sauce. Who likes the bones and skin, anyway? Not me. These are the wings everyone’s Tolkien about! Really hobbit-forming.

Janet: Omega-3 eggs, rotisserie chicken (my dog Lacey Lou and I both love it, especially the dark meat), a pint of fresh blueberries, lots of green veggies, which I make fresh juices with daily in my favorite appliance–my juice extractor, lemon-dill hummus (great for dunking and with pita chips), whole grain rice chips, almond butter and almond milk.

Diet Detective: Last meal would be?

Janet: Lobster with lots of butter, the most creamy, whipped mashed potatoes imaginable, and a bowl of whipped cream for dessert (Just the whipped cream—nothing underneath it. Hey, you’re gonna die anyway! Why not?)

Janet: I worked at Ponderosa Steak House as a waitress when I was a teenager but was fired for scribbling a note on another waitress’ back using mustard.

Janet: Dieting is only wishful shrinking!

Diet Detective: As a child you wanted to be: