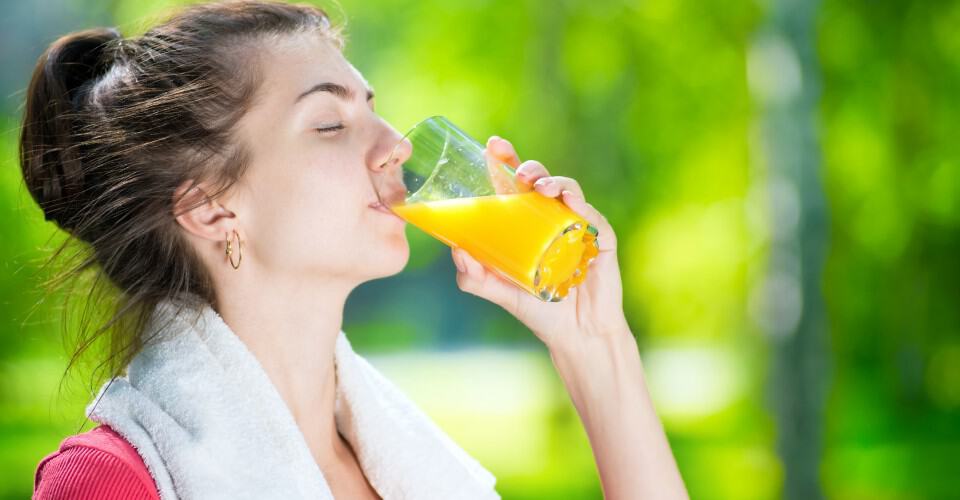 Most people underestimate the number of calories they eat, but if you keep looking up #calorie counts and testing your knowledge, you can develop a much more accurate calorie instinct. To test your acumen, let’s compare the calorie content in the smallest amount of one #food with that of another.

1 Bite of Brie vs. Mozzarella vs. Gruyere vs. Feta Cheese

Obviously, everyone’s bite is different, so we are assuming that a bite-size piece of cheese is about ½ ounce. A thin slice of cheese is about 1 ounce, but if the cheese is in cube form, a bite would be about ½ ounce.  That said, most cheeses are similar in calories: A bite of brie is 48 calories, mozzarella 45 calories and Gruyere 58.5 calories. Feta comes in as the lowest at 37 calories per bite or ½ ounce.

Cheese is an excellent source of calcium and protein, but it can also be a source of excess calories and fat ­ primarily saturated fat. Even low-fat cheese should more than likely be considered a splurge food.

According to the nonprofit Center for Science in the Public Interest, 1 cup of whole milk (cheese is made from milk) has 5 grams of artery-clogging saturated fat, the same amount found in one hot dog, five strips of bacon, a Snickers candy bar or a fast-food hamburger, and as many calories as a 12-ounce can of soda.
Finally, a recent article in Nature Medicine (see: http://www.nature.com/nm/journal/vaop/ncurrent/full/nm.3145.html ) has found a link between l-carnitine, a nutrient found in red meat and milk products, and an increased risk of heart disease.

1 Bite of Salmon vs. 1 Bite of Lobster

#One bite of salmon (grilled, not soaked in oil) and one bite of lobster (without the butter) both have about 15 to 20 calories. Add another 25 calories for a dip (approximately 3 grams). Also, just so you know, a 1 ¼ pound steamed Maine lobster will yield about 4 ounces of meat (about eight to 10 bites). Lobster is very low in calories so long as you squeeze on some lemon juice instead of dipping it in butter. Lobster is also high in protein (one bite has about 2.5 grams) and has good to excellent levels of copper, magnesium, phosphorus and zinc. It also contains the trace mineral selenium, which helps certain enzymes to function properly in the body. There are also observational studies that show a reduction in prostate cancer among those with high levels of selenium in their blood. However, a recent study reported in the Journal of Clinical Oncology suggests that if you already have prostate cancer, it may be a bad thing to take selenium. The recommended daily value for selenium is 70 micrograms.

On the other hand, if you have total cholesterol over 240 mg/dl, a family history of heart disease, diabetes, high blood pressure, or you smoke, aim for no more than 200 milligrams of cholesterol per day

Salmon is packed with protein ­ nearly 45 percent of the recommended daily value. Plus, it contains the omega-3 fatty acids (different from omega-3s in walnuts) EPA and DHA, which are the most valuable for health and wellness and are found only in fish oil. Both play an important role in the normal functioning of the heart, brain, eyes, nervous system, kidney and liver and have also been proved to reduce the risk of cardiovascular disease and inflammation.

Salmon is also high in B vitamins, including more than 60 percent of the recommended daily value of vitamin B-12, which helps with the formation of red blood cells and energy metabolism.

What about farmed versus wild salmon? Some research suggests that there are elevated levels of PCBs (a range of man-made chemicals that are known to be harmful to humans) in farmed salmon. To be extra careful, trim the skin and fat, and grill or broil your salmon to reduce excess fat, which is where PCBs are stored.

Just one gummy bear has 8.25 calories that, unfortunately, have absolutely no nutritional value. One walnut half has 13.25 calories. And I know you knew this, but walnuts are nutrition powerhouses. In a study published in the American Journal of Clinical Nutrition, walnuts ranked second only to blackberries (out of 1,113 foods tested) in antioxidant activity. If you have trouble sleeping, walnuts are the richest known food source of melatonin. A 1-ounce serving, which is 14 halves, provides a good source of phosphorus and magnesium and an excellent source of copper, as well as 2 grams of fiber and a decent percentage of niacin, thiamine, vitamin B6, vitamin E, zinc and potassium. Walnuts are the only nuts that contain a significant amount of omega-3s ­ 2.6 grams in 1 ounce. Plant sources of omega-3s benefit the skeletal system by decreasing the breakdown of bone. They also help to lower your LDL (“bad”) cholesterol and improve circulation. Walnuts also play a role in lowering blood pressure and reducing inflammation associated with heart disease.

1 Clementine vs. 1 Sip of Orange Juice

One clementine has 3.5 calories per slice and only 35 calories for an entire fruit, as well as 1 gram of fiber. One sip of orange juice, however, contains 14 calories, according to the USDA database, and OJ has 1 calorie more than soda per ounce. Think about it: You need to squeeze five or six oranges to make one glass of juice ­ so you’re getting the sugar from all those oranges without all the fiber benefits.
Not only that, but if you drink 100 calories of juice, you won’t feel as full as you would after #eating 100 calories of food. Juice is less filling than whole fruit and contains very little of the fiber for which fruits are famous.