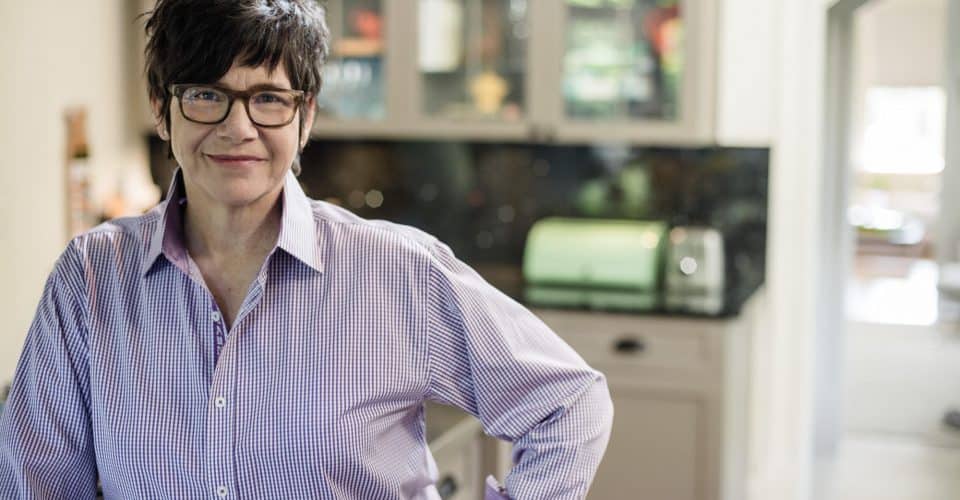 I reached out to #Kim Severson after seeing her on CBS News, I was impressed with her food knowledge, candor and overall intelligence. Kim is a Atlanta-based reporter who covers food and culture for the New York Times. She also spent six years writing about cooking and food for the San Francisco Chronicle and was an editor at The Anchorage Daily News in Alaska. She has won the Casey Medal for Meritorious Journalism for her work on childhood obesity and four James Beard awards for food writing. Kim was also part of a team that won a Pulitzer Prize in 2018 for public service for reporting on restaurant-related sexual harassment. I was fortunate to be able to conduct an email interview with her.

How did you become interested in food. Was it an early passion? How did you get started?
Kim Severson: I came from an Italian family. I had four siblings and a mom who had to make food for all of us, including my dad. Sometimes the money was tight, sometimes it wasn’t but we always sat down for dinner. In a big family, you had to fight for your mom’s attention. I figured out pretty quickly that being in the kitchen with her was the best way to be close to her.

Can you briefly discuss the life-lessons you learned from your encounters with female cooks during the writing of #Spoon Fed?
Kim Severson: The biggest thing was that everyone, no matter how accomplished or famous, has moments of self-doubt and what a lot of people refer to as imposter syndrome. That was hugely comforting. Also, I saw that everyone makes mistakes. The key is how you recover from them. And, last, that being your authentic self is the only path to happiness.

I read on your publisher’s website that you believe you can “tell any story, large or small, through food”? Can you briefly discuss what you mean by that?
Kim Severson: In 20 years of writing exclusively about food, I have found that to be more true than ever. I traveled to Puerto Rico last year to figure out how one chef — Jose Andres — fed more people there than any aid organization or government agency did. And when hurricanes hit Texas and Florida, I saw a food stories there, too. Never before had so many American kitchens been taken out of commission at once. So I traveled to Houston to interview cooks who were trying to regain a sense of normalcy by making kitchens out of gas grills, borrowed microwaves and coolers full of ice.

The standoff between an oil company and protesters at the Standing Rock Sioux Reservation over a new pipeline in North Dakota had dragged on for months. With winter approaching and the crowds of protesters growing, I wondered how they were going to feed everyone. That became a national story that shined new light on the protests.

In 2018, you were part of the team that won a Pulitzer Prize for Public Service for your coverage of sexual harassment against women. You wrote that “the emotions involved [in writing about sexism] were stronger than any I have come across since I started writing about food full time 20 years ago.” How has your approach to your work changed since the #MeToo movement? What were the lessons learned from these harassment scandals, or is it still too early to tell? Do you think the culture in restaurants will change?

Kim Severson: Like so many people,I was forced by the power of the MeToo movement to change my lens. So many of us were swimming in toxic water but didn’t realize it. now that we do, our perspectives on what’s acceptable and what is considered normal has shifted. It’s made me a more aware reporter. This is a story that will continue to play out, and I don’t think we’ve begun to understand the impact of the MeToo movement yet. Restaurant culture has already started to change, but to what extent remains to be seen.

Can you talk about the #ethics and culture of working in a restaurant and the food industry in general (sexual harassment, fake or misrepresented food, livable wages, humane treatment of workers, etc…)?
Kim Severson: Honestly, these are the issues that are really on the front burner for the industry. We’ve never been in a time where social issues have mattered so much in restaurants. I wrote this in a recent story about food trends for 2019:
How a restaurant or food company cares for its employees, its purveyors, its customers and its community will move up the priority list in 2019, Mr. Freeman [San Francisco food consultant Andrew Freeman] said. More chefs will become first responders, providing food at disaster sites. Companies will fine-tune training for how employees should treat one another. Immigrants and their role in American food culture will be front and center.

Sara Brito, a founder and the president of the Good Food 100 list, said in her 2019 trend report that customers will demand that restaurants tend to more than just how food tastes.

“They need to demonstrate they care about the whole system and story of food,” she said, “including the environment, farmworkers, animal welfare and inclusion in the workplace.”

The following is a quote from an article in the NY Times (NB: which you did not write): In the restaurant industry, the cultural reckoning over sexual harassment has felled #celebrity chefs like Mario Batali and spotlighted pervasive misbehavior by managers and co-workers. But servers and bartenders also face abuse from another front: the millions of Americans who dine out every year and who, because of the custom of tipping, wield outsize influence over one of the largest groups of workers in the country — three million strong, according to federal data.

Their workplaces are casual environments where alcohol lightens the mood and erodes boundaries. A “customer is always right” ethos often tilts the equation — creating the kind of power imbalance that has become front and center in a broader conversation about sex and gender in the workplace.

Can you discuss your thoughts about servers who rely on tips having to tolerate inappropriate customer behavior? Also, your thoughts on no-tipping policies at restaurants and if you believe no-tipping would reduce this type of inappropriate behavior?
Kim Severson: I will continue to report on tipping culture because I think it is at the heart of restaurant operations, both fiscally and culturally. I don’t have an opinion other than to say it’s very much a dynamic issue right now.

The following quote is from a NY Times article you did write: “Before food television and celebrity chefs, cookbook authors like her [referring to Paula Wolfert] were the nation’s gastronomic guides, traveling the cooking-school circuit like celebrities.” Can you comment on how TV and celebrity chefs have influenced food in the last 20 years. What would you say has changed the most about being a food writer since you first started your career?
Kim Severson: Food is really our cultural currency now in the way jazz was in the 20s or film was in the 70s. It’s how we express ourselves and work through the issues of our time. For example, food is how we learned to surf the digital revolution. Just look at the food on Instagram or the way food blogs rose up to give voice to the next generation of food writers. I think the era of the Food Network mega star is definitely fading, but food celebrity is ingrained forever.

In this #fast-paced, social-media-infused culture, how would you advise consumers of food and food-related news to evaluate what they’re being told?
Kim Severson: KNOW YOUR SOURCES! Use recipes from places that test them well (New York Times Cooking, for example!) And remember that Twitter seems really big but it’s actually pretty small. Also, just because it looks like your friends are having so much fun, it’s an illusion. So get off social media and go cook something for your friends or family. That’s where the joy lies.

Would you mind taking a shot at defining the term “healthy eating?”
Kim Severson: Healthy eating is what makes you feel good about yourself. That might include the pleasure of a perfect piece of pie or a beautiful salad or a piece of steak from an animal that was raised on pasture and slaughtered humanely. It can even mean an order of french fries or a milkshake. Food is fuel and joy and love and creative release. What is unhealthy is eating addictively or mindlessly. If you eat something and feel bad about it later, that’s not healthy.

With all you know and all you’ve discovered in researching and writing about food, what scares you most about what we eat?
Kim Severson: The huge amount of calories that get shoved at consumers, especially in the form of good-tasting junk food. You can’t even go to the hardware store without having to navigate racks of candy or chips. The marketing of highly processed fast food, soda and snacks is probably the most unhealthy thing about our culture.

Aside from the obvious (eating to survive), why is food so important in our lives?
Kim Severson: It’s how we express ourselves creatively and keeps families and friends together.

What is your favorite dish?” Is it “My Mother’s Spaghetti and Meatballs?”
Kim Severson: That’s a family classic and the dish my daughter requests most often. Great pick.

Grew up in: All over. My father got transferred for work a lot. I went to high school and college in the midwest and then moved to the West Coast, where I started my career.
City or town you call home: I live in Atlanta, but I work a lot in New York
As a child you wanted to be: Fed
Background and education (brief): I went to Michigan State University, where I was the managing editor of the college daily. From there I started working for newspapers and never looked back.
One word you would use to describe our food system: Complex
Foodie hero: Anyone working in a soup kitchen
Your breakfast this morning: A cup of beef bone broth and an egg scramble with some spinach and two cappuccinos
Worst summer job? Cleaning cages in a vets office
Your proudest moment? Getting sober 20 years ago
What’s your motto? I get another chance to get it right tomorrow
Best advice you have been given? The truth is the strongest platform to stand on
Favorite food: This is so dictated by the season and my mood. A perfect southern peach? Great cheese? A warm bowl of pasta? Too many to name here.
Favorite ingredient: Salt
Last meal on Earth: Something with friends
Food policy social media must follow: @TamarHaspel @FarmToTaberPod ‏@CivilEats
@marionnestle