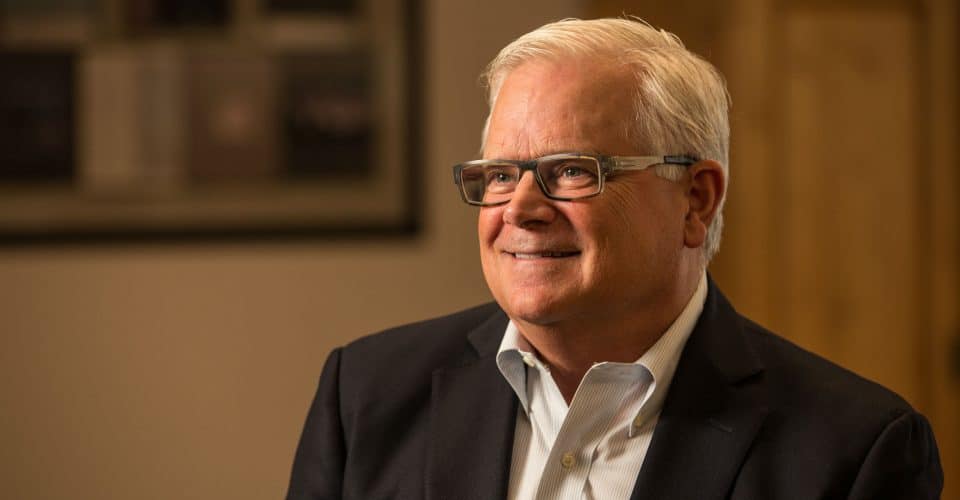 Bill Marler is a foodborne-illness attorney, who has become a major food policy advocate in the U.S. and around the world. His firm, Marler Clark, has a very descriptive tagline: The Food Safety Law Firm.  His firm has represented thousands of claims against food companies whose contaminated products have caused life-altering injury and even death. For the last 25 years Mr. Marler has represented victims of almost every large foodborne-illness outbreak in the U.S. His advocacy for a safer food supply includes petitioning the United States Department of Agriculture to better regulate pathogenic E. coli, working with nonprofit food safety and foodborne-illness victims’ organizations, and helping to spur the passage of the 2010-2011 FDA Food Safety Modernization Act. According to the firm’s website, their attorneys have won more than 600 million dollars in settlements for their clients. He also runs several impressive food safety blogs that can be found at https://marlerclark.com and include foodpoisonjournal.com.

What inspired you to become involved in food-policy and food-safety law? Did you go to law school with the desire to defend individuals against food companies, or was there another impetus for your involvement in this line of work?

Bill Marler: Frankly, I just was in the right place – the 1993 Jack-in-the-Box case exploded in the Seattle area when I was just 4 years out of law school.  Then, when that was winding down, the Odwalla E. coli case happened. After that I started getting cases from all over the country, and I started Marler Clark in 1998.  Bruce Clark had been chief counsel for Jack-in-the-Box.

It seems that anyone connected to food should be concerned about food safety (e.g. producers, distributors, consumers, and the government). However, it feels as if food safety is getting short shrift.  Can you comment? Who should ultimately be responsible for food safety?

Bill Marler: I know it’s a bit of a cliché, but it really is a “farm to fork” responsibility.  However, it clearly is the responsibility of the manufacturer of food to make sure that there is not a defect – a pathogen in the product that could sicken or kill you.

The Centers for Disease Control and Prevention estimate that each year 48 million people in the U.S. get sick, 128,000 are hospitalized, and 3,000 die from foodborne diseases. Where along the food supply chain do most of these foods become contaminated – Factories? Restaurants? At home?  Are these numbers underestimates?

Bill Marler: These are the best estimates through the CDC FoodNet.  Remember that about 30 million are norovirus. There is not great data, in my humble opinion , as to clear attribution of where people get sick and whether it is mishandling – at a restaurant or at home – or if it is a mistake in manufacturing or a ready-to-eat product, e.g. romaine lettuce.

You have been fighting for food safety for more than two decades. Have we created a safer food system over the years or are things getting worse? How would you describe the evolution of the cases that have come across your desk since you started litigating in 1993?

Bill Marler: I am hopeful things are better, but we have to stay vigilant.  From 1993 to 2003 90 percent of my law firm revenue was E. coli cases linked to hamburger, and today that is nearly zero.  That is a success. However, that took deeming E. coli an adulterant in hamburger, increasing cook temperatures, and other interventions.  We can make that happen in other parts of the food industry.

On your website you provide your readers with 25 cases that you are most proud of. What’s a common theme among this selection? What makes you proud of a case?

Bill Marler: I suppose it is simply that I had the honor of representing just fine people and their families and I have remained close to them to this day.

Okay, let’s shift gears from court cases to food safety policy. You played a major role in spurring the passage of the 2010-2011 FDA Food Safety Modernization Act, which was signed into law by President Obama in 2011 and puts a focus on preventing contamination as opposed to responding to it. Has the law been successful in preventing outbreaks?

Bill Marler: If you  had asked me that in any year before 2018, I would have said yes.  The volume of outbreaks and recalls were trending down. But something has happened that I am still unclear about.  I do not know if success has bred compliancy or if some other factor is at play.

In 2015 you are quoted in a Forbes article saying, “The FDA is on record as referring to themselves as overburdened, underfunded, understaffed, and in possession of no real power to make a difference during recalls. If you are a food manufacturer, packer, or distributor, you are more likely to be hit by lightning than be inspected by the FDA.” Has that changed? Is the FDA better equipped nowadays? What do we need to do to improve regulations by government?

Bill Marler: No, and with the shutdown it has been even worse.  I would argue that Food Safety and Inspection Service has perhaps too many inspectors – in my humble opinion we do not need an inspector in every plant.  However, FDA inspectors are too few and too far between. In a perfect world there would be a reallocation of resources that might not save money but would put resources in the right places.

An estimated 15 percent of the U.S food supply is imported, including 60 percent of fresh fruits and vegetables and 80 percent of seafood. How do we ensure food safety standards across borders?

Bill Marler: This is a growing challenge that FDA is trying to deal with, but again, they do not have the resources to keep up.

We are aware of the usual culprits for foodborne illnesses — unwashed lettuce, uncooked meat, buffets. But is it true that we are also seeing the recall of more unexpected sources, such as flour and nut butters? If so, why is this the case?

Bill Marler: Bugs are out to get us. WE – consumers, industry, government and academics– need to continue to pay attention to changing threats.  WE need to create food safety cultures that change along with – and, hopefully ahead of– the changing threats.

Are there any other “unexpected” foods that should be on our radar? What is the scariest thing we are eating that we don’t know is unsafe for us?  What keeps you up at night, and what do you avoid eating?

What about pesticides? Should we be eating only organic foods? Are GMOs safe?

Bill Marler: Honestly, I tend to pay attention to the things that can kill us today as opposed to long-term risks.  I try to stay away from this debate.

Both the World Health Organization and the Centers for Disease Control and Prevention have created simple food safety rules to abide by. What are your three top rules for food safety?

As we move into 2019, what is one headline we can expect to see regarding food safety and foodborne illnesses?

What’s the ONE thing consumers should be doing to ensure food safety that we’re not?

Bill Marler: Read my 10 things not to eat and Wash, Chill and Cook.

FACT SHEET
Grew up in: Washington State
City or town you call home: Bainbridge Island (across from Seattle)
Job title: Managing Partner at Marler Clark and Publisher of Food Safety News
As a child you wanted to be: a lawyer
Your proudest moment?  Every day that my wife of 30 years puts up with me and our three daughters.
What’s your motto?  There is no difference between work life and home life
What is the best advice you have been given? You are not that smart – you have to work harder than everyone else.
Background and education:  BAs in political science, English and economics and a JD in Law
One word you would use to describe our food system:  Three wheels in search of a fourth.
Food Safety hero: Dave Theno
Your breakfast this morning:  Oatmeal and a cup of coffee
Favorite food: All food cooked by my wife
Last meal on Earth: Scotch and cigar
Your healthiest habit: Fly fishing
Least healthy habit: Fly Fishing with cigar
Food safety social media must follow: @bmarler and @foodsafetynews
Food Safety newsletter, website or book you can’t stop reading: www.foodsafetynews.com