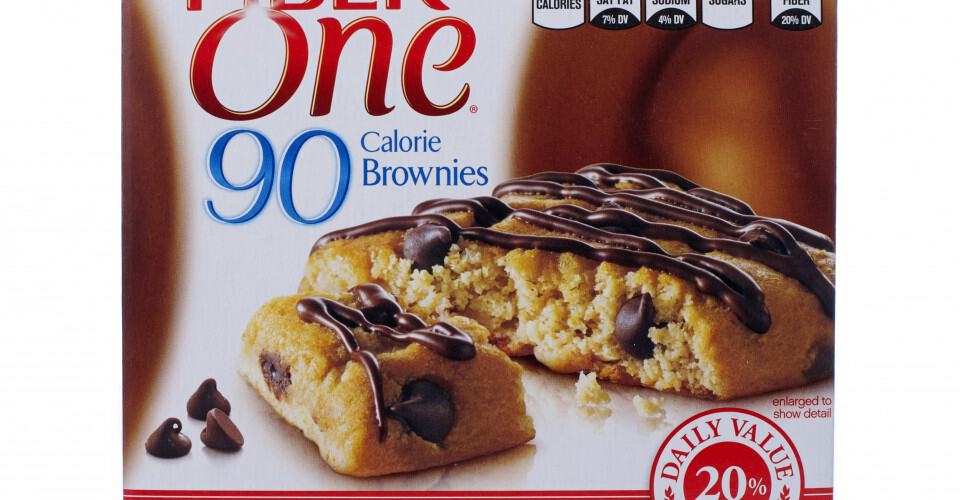 This is the first in an ongoing series of columns that will be looking at the various products we consume on a regular basis and dissecting the ingredients. We’ll start with #Fiber One bars, which, I must say, are very tasty, but not exactly comparable to eating an apple.

Chicory Root Extract. Made from the chicory plant, the extract is used to add fiber; however, there’s no solid evidence that added fiber has the same #health advantages (increasing regularity, lowering cholesterol, curbing blood sugar spikes) as naturally occurring fiber, such as that in a piece of fruit. But, overall, it’s safe.

Rice Flour. This is rice ground into flour. Not bad to eat.

Sugar. Too much sugar is not a good thing; however, in many circles it’s considered better than alternatives such as high-fructose corn syrup.

High Maltose Corn Syrup. It’s been said that this is a close relative of high-fructose corn syrup. It is similar to maltodextrin.

Honey. Some experts claim that sugar, high-fructose corn syrup and honey are all the same. Evidence is mixed, and my educated guess as a health professional is that honey is better than either sugar or HFCS. Yes, it’s a sweetener, but it also contains antimicrobial agents, helps with blood sugar control and has other healthy properties.

Puffed Wheat. This is wheat that has been treated with high heat. It’s fine.

Palm Kernel Oil. Extracted from the palm seed (not to be confused with palm oil, which is from the fruit and is 80 percent saturated fat), palm kernel oil has some benefits, such as vitamin E and oleic acid.

Glycerin. According to Center for Science in the Public Interest’s (CSPI) Chemical Cuisine this maintains water content in food. In nature it is considered the backbone of fat and oil molecules. It’s used as a source of energy and is considered safe.

Roasted Peanuts. Peanuts are a great source of protein and have lots of health benefits.

Maltodextrin. This is used to add texture to foods and can also act as a sweetener. According to CSPI’s Chemical Cuisine, it is “made from starch and consists of short chains of glucose molecules. Normal maltodextrins are easily digested and absorbed by the body.”

Canola Oil. Made from pressed canola plants, canola oil is high in vitamin E, relatively low in saturated fat, cholesterol-free and has about 120 calories and 14 grams of fat per tablespoon.

Cocoa. No, this is not hot chocolate, but close. Typically, it is a powder made by roasting and grinding cocoa beans and removing the cocoa butter. It is safe to eat.

Peanut Butter (peanuts, salt). Peanut butter, while high in calories, has all the health benefits of peanuts.

Soy Lecithin. Soy is from the soy bean. Lecithin is an emulsifier. According to CSPI’s Chemical Cuisine, lecithin is safe. It is “a common constituent of animal and plant tissues” and “a source of the nutrient choline. It keeps oil and water from separating out, retards rancidity, reduces spattering in a frying pan, and leads to fluffier cakes.”

Salt. This is sodium chloride and is used as a preservative and for flavor. There is tremendous debate going on in the scientific community as to whether salt can be detrimental to your health. In fact, the prestigious Cochrane Reviews recently published a review of seven studies and found that “cutting down on the amount of salt has no clear benefits in terms of likelihood of dying or experiencing cardiovascular disease.”

Nonfat Milk. Much better than full-fat milk. Here is the calorie and fat information of various types of milk … just so you know:

Choosing low-fat or nonfat milk offers a pretty significant calorie savings as well as a reduction in unhealthy, saturated fat.

Malt Extract. According to The Food Lover’s Companion, malt extract or malt syrup is “a natural sweetener made from a filtered, evaporated mash of ground corn and sprouted barley.” In moderation this is safe.

Whey. This is the water part that separates from the solids (the curd) in milk.

Peanut Flour Partially Defatted. According to Nutrin, a supplier of peanut products to the food world, this is “peanut meal with the flavor of peanut butter, in dry powder form. Nutrin’s process involves taking more than 85% of the oil out of peanuts and grinding the de-oiled residue into a fine powder.” The benefits to food manufacturers are to increase shelf life and control texture. This is safe.

Cellulose Gum. According to CSPI’s Chemical Cuisine, “Cellulose is a safe and inexpensive carbohydrate that comprises the woody parts and cell walls of plants. Carboxymethylcellulose (CMC) is a safe thickening agent that is made by reacting cellulose (wood pulp, cotton lint) with a derivative of acetic acid (the acid in vinegar). It is also called cellulose gum.” Typically, cellulose gum is not digestible, so it might be included as dietary fiber but probably doesn’t have the same health benefits.

Fructose. This is sugar derived from fruit. No different from other types of sugar.

Yellow 5 Lake. According to CSPI’s Chemical Cuisine, this is the second most widely used food coloring, which can “cause allergy-like hypersensitivity reactions, primarily in aspirin-sensitive persons, and triggers hyperactivity in some children. It may be contaminated with such cancer-causing substances as benzidine and 4-aminobiphenyl (or chemicals that the body converts to those substances).”

Yellow 6 Lake. According to CSPI’s Chemical Cuisine, “Industry-sponsored animal tests indicated that this dye, the third most widely used, causes tumors of the adrenal gland and kidney.”

Red 40 Lake. According to CSPI’s Chemical Cuisine, this is the most widely used food dye. “While this is one of the most tested food dyes, the key mouse tests were flawed and inconclusive. An FDA review committee acknowledged problems, but said evidence of harm was not ‘consistent’ or ‘substantial.’ Red 40 can cause allergy-like reactions. Like other dyes, Red 40 is used mainly in junk foods.”

Note on Food Dyes: There has been some research to suggest that food dyes (or Lakes, which are non-water-soluble dyes) are linked to behavioral issues in children. In fact, the FDA is reviewing whether to ban certain food dyes.

Baking Soda. This is sodium bicarbonate and is used as a leavening agent (i.e., makes dough rise).

BHT or Butylated Hydroxytoluene. This is added to retain freshness. It stops the rancidity in oil, and according to CSPI’s Chemical Cuisine, “It either increased or decreased the risk of cancer in various animal studies. Residues of BHT occur in human fat. BHT is unnecessary or is easily replaced by safe substitutes. Avoid it when possible.”

Mixed Tocopherols. This is a vitamin E compound that is added to retain freshness.