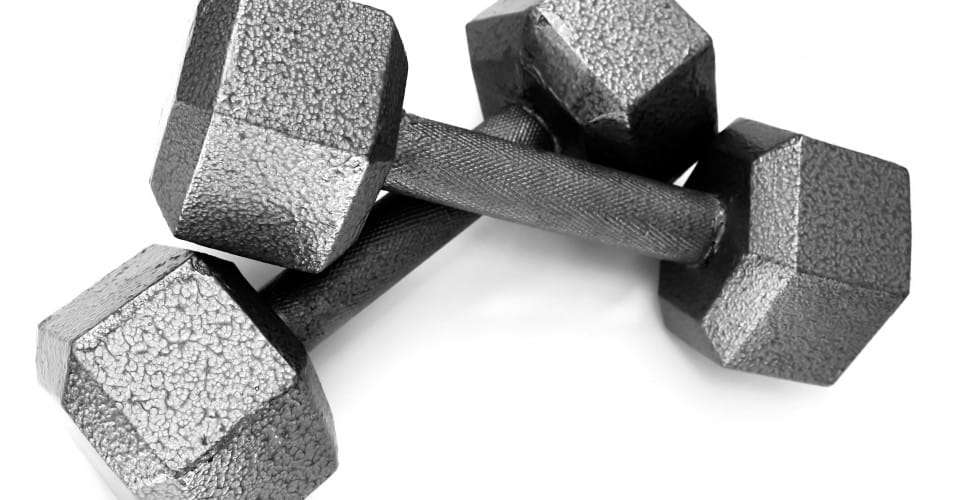 Are Free Weights More Effective than Machines?
I’d been told that in order to get a “real” workout you need to use free weights, not machines. But is one way really better than the other?

As with almost any #fitness recommendation, the answer is, it depends. “If you’re a novice who is just starting out, you really can’t beat machines to compensate for your lack of experience, balance and coordination. You learn how to do the exercise correctly and perform it with the appropriate range of motion,” says Leonard Kaminsky, Ph.D., professor of exercise science at Ball State University in Muncie, Indiana.

Another advantage machines have over free weights is that you can work out all the major muscle groups in about 20 to 30 minutes. “Think about it — if you’re using free weights to do your workout, you can spend a lot of time moving plates and dumbbells around in the #gym. It’s much simpler just to move a pin on a machine than it is to move plates,” says Kaminsky. And with free weights you often need an extra person, a “spotter,” to make sure you’re safe.

“However, one of the limiting factors for machines is that you’re locked into a position. You don’t get to work the accessory muscle groups,” explains Kaminsky.

And some people just prefer the feeling of using free weights and are, therefore, more motivated to work out. “For many, using free weights doesn’t require going to a gym. With a few dumbbells, a barbell and plates, you can complete an effective strength training workout right at home,” says Walter Thompson, Ph.D., professor of exercise science at Georgia State University.

Are the Calories Burned on Cardio Machines Accurate?
Most experts agree the “calories burned” indicated on treadmills and stationary bikes are reasonably accurate (give or take seven percent) because there are well-established “standard prediction equations” for the calories burned on them in a given period of time. But the machines also have to meet certain conditions. You have to be able to enter your body weight, because your body weight helps to determine how hard you’re working. And the machines also need to be calibrated for speed and elevation. “A machine that isn’t properly calibrated could be off by as much as 50 percent,” says Kaminsky. And they can lose calibration in less than a year if they get heavy use.

Unfortunately, other machines — elliptical trainers, stair climbers, and machines that require upper body movement combined with leg movements — are significantly less reliable than treadmills and stationary bikes because they don’t have time-tested, standard prediction equations. “Often, manufacturers use a single isolated study to come up with the calories burned, which isn’t enough for complete accuracy,” says Kaminsky. In fact, he estimates that they could be off by as much as 10 to 15 percent. This might not seem like much, but it can really add up over time. If you’re working out four days a week and you’re off by 15 percent, you could be burning 800 fewer calories than you think each month.

“Regardless, these numbers are rough estimations. The only way to really know calories burned is to measure oxygen consumption with a metabolic cart, “says Kenneth Turley, Ph.D., director of the Human Performance Lab at Harding University in Searcy, Arkansas.

And keep this in mind: if two machines — such as an elliptical trainer and a treadmill — indicate that you’re burning the same number of calories, but one workout seems much easier than the other, chances are the reason it’s easier is that, in reality, you’re burning fewer calories. “If it seems too good to be true — it probably is,” says Kaminsky.

Does the Order of Your Workout Matter?
It matters most if you’re a competitive athlete, but for someone who is trying to maximize his or her strength, weight training first seems to be the best bet. “Performing endurance-type exercises prior to strength training reduces the effectiveness of the workout,” says Jay Hoffman, Ph.D., FACSM, professor of health and physical education at the College of New Jersey, Ewing and author of Physiological Aspects of Sport Training and Performance (Human Kinetics, 2002). Warming up prior to lifting weights, however, is helpful. Hoffman recommends doing about five to 10 minutes of aerobic activity prior to strength training to “heat up the body’s core.” Anything more than that can tire you out.

Interestingly, studies have shown that doing weight training first does not adversely affect subsequent cardiovascular activities and can, in some cases, actually enhance your performance. That said, “many people just like to get certain exercises out of the way,” says Thompson. So if you’re a recreational athlete and enjoy doing your cardio first, “Don’t worry — you’ll be fine,” assures Thompson.

Do You Burn More Calories with Music?
There have been several studies that looked at whether or not music can enhance your workout, and the answer seems to be yes. But don’t run out and buy the latest MP3 player just yet. “Clearly music can help you exercise longer,” says Joe Pujol, Ph.D., professor of exercise science at Southeast Missouri State University in Cape Girardeau. “But it’s the distraction that helps you to do a physical activity longer, not necessarily what you’re listening to. In fact, you could watch a movie or listen to sports radio [his favorite],” says Pujol, and get the same result. Music can distract you from fatigue and make your workouts seem a bit easier, although when the music is actually part of the exercise itself, as in a spinning or aerobic dance class, it doesn’t have that effect. Luckily there are other stimuli — “such as the group leader, the other participants, and the strobe lighting — that will help you keep your mind off the activity,” he adds.

But can music get you pumped or psyched so that you actually perform better? “The studies don’t show it,” says Pujol. “Yes, there is an adrenaline rush from listening to music, but it doesn’t translate to increased athletic performance.” And what about strength training — does music help you lift more weight? Again Pujol says no. “There is no effect. It doesn’t help you push more weight or last longer.” The bottom line is, maximize distraction (as long as it’s safe) in order to maximize your exercise enjoyment.