Guide to Breaking Through Your Diet Plateau 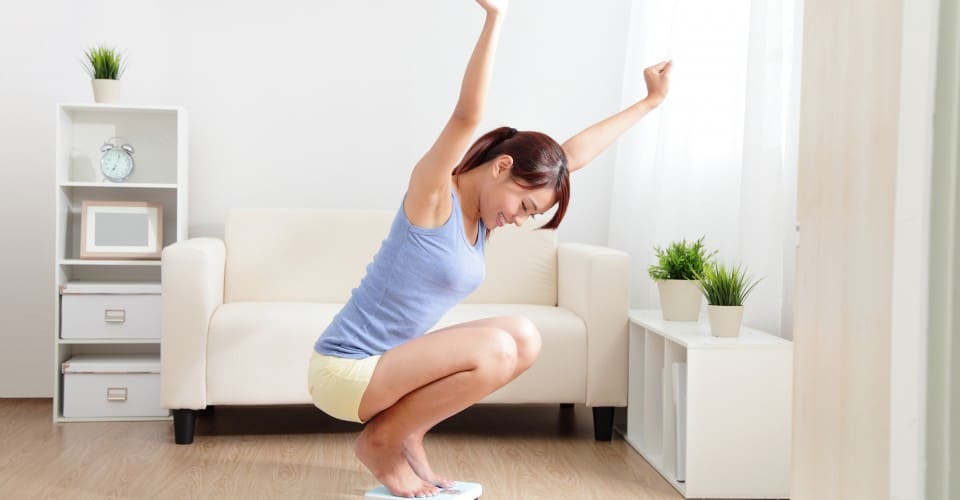 #Diet Detective’s #Guide to Breaking Through Your #Diet Plateau

Your body has a reduction in lean body mass (muscle), which can be a consequence of #weight loss in many instances. There is also water loss (which you count as weight loss, but is really just water loss), which stops after a while.  When you cut calories, your body needs to get energy from somewhere, so it releases energy that is stored as glycogen in the muscles and the liver.  Glycogen holds onto water, so when it is used to supply your body with energy there is also a loss of water in your system that results in water-weight loss.

Additionally, your basal metabolic rate changes — it goes down, and your overall caloric needs are lower. Basically, you start burning fewer calories than you did before, which makes sense because you’re lighter, and you’re moving less mass (because you lost weight), so you burn fewer calories.  However, that’s not the full picture.  There is a process known as “adaptive thermogenesis,” whereby your body is adapting and creating a new calorie burn rate. Not good!

According to researchers at Laval University in Canada, “The link observed between the adaptive reduction in thermogenesis and the degree of fat loss suggests that the greater the percentage reduction in body fat, the greater the reduction in adaptive thermogenesis, and hence the greater the total thermogenic economy.” Meaning the more you lose, the fewer calories your body burns at rest, and that means it becomes harder to lose weight. According to research conducted by Darcy L. Johannsen and colleagues at the Pennington Biomedical Research Center, when you burn fewer calories while you are resting, your rate of overall weight loss also slows down.

It can be worse if there is rapid weight loss, which makes sense, considering the accelerated loss of lean muscle mass, which burns more calories than fat.  According to Dr. Johannsen’s research, however, even with a preservation of lean muscle, #exercise didn’t prevent the slowing of the resting metabolism.

The researchers looked at severely obese individuals who lost a significant amount of weight and found that by the sixth week of weight loss participants’ metabolism had been reduced by approximately 244 calories  per day — that’s one McDonald’s hamburger previously burned off that’s no longer being burned.  At 30 weeks the number of calories participants burned at rest on a daily basis was reduced by a whopping 504 calories.  Wow, that’s nearly a McDonald’s Big Mac no longer being burned.

So what can you do (which is probably ALL you really wanted to know)?  Try the following tips to break through your plateau.

Weight-loss programs typically produce a 10 percent weight loss.  The problem is that many people don’t find this acceptable.  It’s just not enough in most instances.  You can probably achieve the weight you do want, and even reset your metabolism; however that’s going to take time. It won’t happen in six months; rather you should expect a two-year process. This is just speculation on my part based on experience. And, not to make it sound even worse, research appearing in the journal Depression and Anxiety suggests that there is also the chance you will become depressed by the lack of weight loss at the plateau level.

First of all, foods that are high in protein slow the movement of food through the gastrointestinal tract, and slower stomach emptying means you feel full longer and get hungrier later.  The evidence also suggests high-protein meals lead to a reduced subsequent calorie intake.

Protein can also help to keep blood sugar stable, avoiding the quick rises that can occur when you eat carbohydrates that are rapidly digested (e.g., white bread).

-Poultry: The leanest choice is white meat from the breast of chicken or turkey without skin (even if it’s ground). Other tips:

–        Remove the skin, either before (better) or after cooking to reduce the fat content by almost half.

-Fish: Fish is a great source of both protein and heart-healthy omega-3 fatty acids.

-Meats (including beef, veal, pork and lamb): They should be lean, with visible fat removed. Control portion size and frequency,

–        The leanest beef cuts include round steaks and roasts (eye round, top round, bottom round, round tip), top loin, top sirloin, chuck shoulder and arm roasts.

-Egg whites are virtually fat free. If you don’t like plain whites, combine one-third egg whites with two-thirds whole eggs, and then gradually reduce the amount of whole eggs.

– Nuts, seeds, beans and legumes are super-healthy, but nuts and seeds are very high in fat (although it’s good fat), so make sure to limit portion sizes.

There are other important factors that are important for how you feel. Don’t just focus on the numbers. Do you have a little extra zip? Are you sleeping better? Feeling healthier? More energetic? You are probably continuing to benefit from your workout and diet even if you are not seeing results in your weight.

Increase Your Physical Activity and Exercise — A Lot

That doesn’t mean you have to go out and run for three hours each day. So what should you do? Walk — walk for at least 60 to 90 minutes per day.  Are you thinking that’s too much, how could you possibly fit it into your already busy life? If so, you need to understand that you don’t have to do the entire 60 to 90 minutes all at once — you just need to get it in at some point during the day. Also, you can bike, use an elliptical trainer or swim instead of walking.

What about sports like basketball, tennis, etc.?  Those are good, too. The only problem is that you typically don’t do them on a daily basis, and you’re trying to create consistent,  automatic behaviors — which means doing the same thing every day with no breaks.

Strength training or lifting weights builds muscle mass, and muscles are more active than fat when it comes to burning calories.

Change Your Exercise Routine and Shock Your Body

Keep in mind that your body adapts to repetitive training stimuli. The remedy? Challenge yourself.  Exercise scientists recommend changing your routine every two weeks.  Try some new exercises, or do the same exercises, but more vigorously than before. Even small changes can make a difference. Change the intensity of your workouts. Run or walk up a hill instead of on flat ground, add an incline to a treadmill workout or run faster. If you are weight training, replace some of the exercises with new ones that work the same muscle groups. Another way to change intensity is to add more time to your workouts.

Use a Device and/or Application

There are so many great fitness and food apps and devices out there today (e.g., Nike+ FuelBand, LINK by BodyMedia, Fitbit, etc.). The FitBit has been getting good reviews lately. If you want to stay old school, just get a simple pedometer. But you need some way to track your activity, so you know what to do to increase it.

Another way to keep your spirits up during a weight-loss plateau and throughout the weight-loss process is to turn to a buddy. No matter how motivated you are when you start a new regimen, you should have someone there to keep you from becoming discouraged so that you don’t return to your old eating ways and can make it through this plateau process.

Write it Down, Take a Photo or Use an App

Most people don’t really like keeping a journal, but it is also a good strategy. When you write everything down, it keeps you in touch with what you are doing. You should write down what you’re eating at every meal and what you did during your workout. A journal is also a good place to express your frustrations and give yourself some positive reinforcement. You can also look back and follow your own accomplishments and refer to them if another plateau comes along.

A food diary will provide a heightened self-awareness, which is an early step toward behavior change and a really effective “self-monitoring” tool. There are now many smartphone apps and other tools to help you to keep track — even those for taking photos of everything you eat, such as Meal Snap.

Fruits typically are higher in sugar than vegetables, and vegetables are generally lower in calories on a per-gram basis.   Don’t get me wrong: Fruits are still an important part of your diet, but you should not consider fruit a free food. Most non-starchy vegetables (e.g., broccoli, cauliflower, peppers, celery, etc.), on the other hand, are very low in calories and sugar, and you can usually eat as much of them as you like without worrying about your weight.

From a physiological standpoint, alcohol can cause your blood sugar level to drop more rapidly, which can stimulate your appetite and disrupt your ability to tell when you’ve had enough to eat.

Here are a few tips:  Stick to beer or wine. Light beer has 100 calories a bottle, compared with 150 for a regular beer. And while 5 ounces of dry wine or Champagne will cost you only 100 calories, watch out for sweet dessert wines, which have 226 calories for 5 ounces. Keep track of how many glasses of wine you have and don’t overdo, and avoid high-calorie mixers. Alcohol itself is packed with calories, but when you add mixers — soda, juice, syrup and other ingredients — watch out!  Also, skip anything creamy, frozen or fruity.