The Latest Research to Help You Be the Healthiest You Can Be: Diet Soda’s Good or Bad; Belly Fat and Blood Flow; Light Weight and Muscles; Strength Train to Fend Off Dementia; Best Exercise – Seaside; The Time You Eat Matters 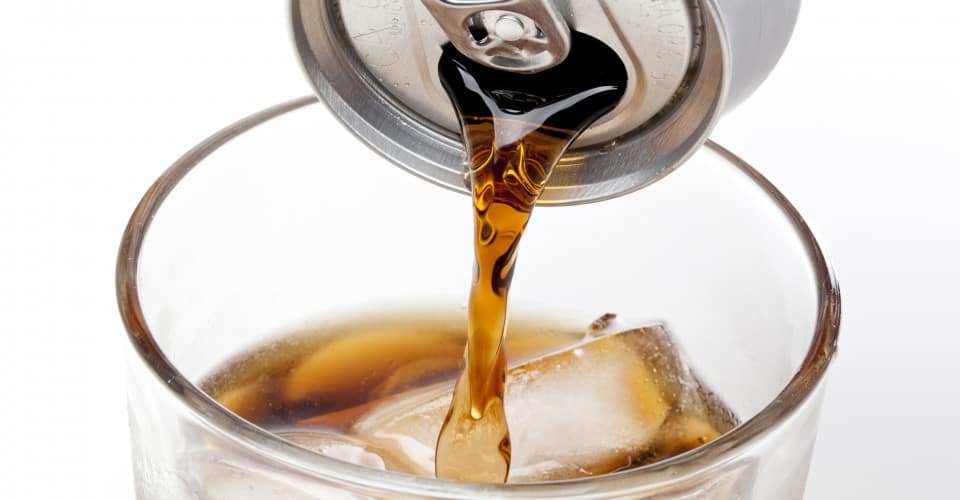 The Latest #Research to Help You Be the Healthiest You Can Be: #Diet Soda’s Good or Bad; Belly Fat and Blood Flow; Light Weight and Muscles; Strength Train to Fend Off Dementia; Best #Exercise – Seaside; The Time You Eat Matters

Are Diet Sodas Good or Bad for You?

I confess, I drink diet soda on occasion. I know, horrible for a #nutrition public #health advocate.  I started to wonder, since there is plenty of mixed research, whether diet sodas are really bad for your health. The jury is still out. A number of studies have implicated diet beverage consumption as a cause of cardiovascular disease, yet other studies say that diet sodas can help to reduce overall calorie intake.

A recent study from the University of North Carolina at Chapel Hill reported in The American Journal of Clinical Nutrition found that people who consumed diet beverages tended to be less healthy than people who did not consume them. The researchers studied data collected over 20 years from more than 4,000 young adults who participated in the Coronary Artery Risk Development in Young Adults (CARDIA) study.

In terms of eating habits, participants fell into two groups: people who ate what researchers dubbed a “prudent” diet (one with more fruit, fish, whole grains, nuts and milk) and those who consumed a “Western” diet (which had higher amounts of fast food, meat and poultry, pizza and snacks).

Losing belly fat, whether from a low-carb or a low-fat diet, helps improve blood vessel function, according to researchers at Johns Hopkins. In one six-month weight-loss study, Hopkins researchers found that the more belly fat the participants lost, the better their arteries were able to expand when necessary, allowing more blood to flow more freely. The researchers also found that the study participants who were on a low-carb diet lost about 10 pounds more, on average, than those who were on a low-fat diet. “After six months, those who were on the low-carb diet lost an average of 28.9 pounds versus 18.7 pounds among those on the low-fat diet,” said the researchers.

According to research done at McMaster University and reported in the Journal of Applied Physiology, the most important factor when you’re trying to gain muscle is to work the muscle to the point of fatigue.  The researchers stated that this study challenges the widely accepted dogma that training with heavy weight (lifted only six to 12 times before fatigue) is best for muscle growth.

Research done at the Centre for Hip Health and Mobility at Vancouver Coastal Health and the University of British Columbia Worldwide shows that implementing a seniors’ exercise program that uses resistance training can alter the trajectory of cognitive decline.

“Over the course of six months, the study team followed 86 senior women with probable mild cognitive impairment. The randomized controlled trial is the first to compare the efficacy of both resistance and aerobic training to improve executive cognitive functions. … Both types of exercise were performed twice weekly for six months. Participants were measured with a series of cognitive tests, and brain plasticity was assessed using functional MRI. The results showed resistance training significantly improved executive cognitive functions, associative memory performance and functional brain plasticity. In contrast to previous studies in healthy older adults, aerobic training did not demonstrate any significant effect for cognitive and brain plasticity.”  According to the National Strength and Conditioning Association (NSCA), resistance training (also called strength training) “refers to a specialized method of physical conditioning that involves the progressive use of a wide range of resistive loads and a variety of training modalities designed to enhance or maintain muscular fitness.”

To see the resistance exercises used in the study go to: www.youtube.com/watch?v=vG6sJm2d4oc. Also take a look at Ace Fitness’ Exercise Library: www.acefitness.org/exerciselibrary/

If you’re still not convinced that you need to do more than just aerobic exercise, consider that one case of dementia is detected every seven seconds.

For the Best Exercise Go to the Seaside or Countryside

Exercise in the open air is good for you, but if you want to reap the full benefits you should head for the coast or the countryside rather than an urban park.

That is the conclusion of researchers from the European Centre for Environment and Human Health (ECEHH), Peninsula College of Medicine and Dentistry, and the School of Psychology, University of Plymouth.

“The researchers studied data from 2,750 English respondents drawn from Natural England’s two-year study of people’s engagement with the natural environment. They looked at people who had visited urban parks, the countryside and the coast. They found that all outdoor locations were associated with positive feelings (enjoyment, calmness, refreshment), but that visits to the coast were most beneficial and visits to urban parks least beneficial.”

With everything from monuments, hiking, canoeing, kayaking, water-skiing, rock climbing, wildlife observation and caving, national parks make the perfect mini-vacation. Begin by checking out the government’s website at www.recreation.gov. It’s a one-stop shop to learn what activities are available close to your home. There are 388 National Park Service areas and 3,200 federal recreation areas, so no matter where you live you’re only a few hours from something. Recreation.gov also has links to state tourism sites with even more activities.

Does the Time You Eat Matter? Is There Truth in the Value of Not Eating after 6 p.m.?

I never thought it mattered what time you ate, just what you ate.   However, new research reported in the journal Cell Metabolism says it does.

“When mice on a high-fat diet are restricted to eating for eight hours per day, they eat just as much as those who can eat around the clock, yet they are protected against obesity and other metabolic ills,” say the study researchers. The time-restricted mice on a high-fat diet were protected from the diet’s adverse effects and showed improvements in their metabolic and physiological rhythms. They gained less weight, suffered less liver damage and had lower levels of inflammation, among other benefits. This discovery suggests that the health consequences of a poor diet might result in part from a mismatch between our body clocks and our eating schedules.

The researchers believe that “Every organ has a clock, which means there are times that our livers, intestines, muscles and other organs will work at peak efficiency and other times when they are — more or less — sleeping.”  These metabolic cycles are important for our health; when they are disrupted, our body responds negatively.