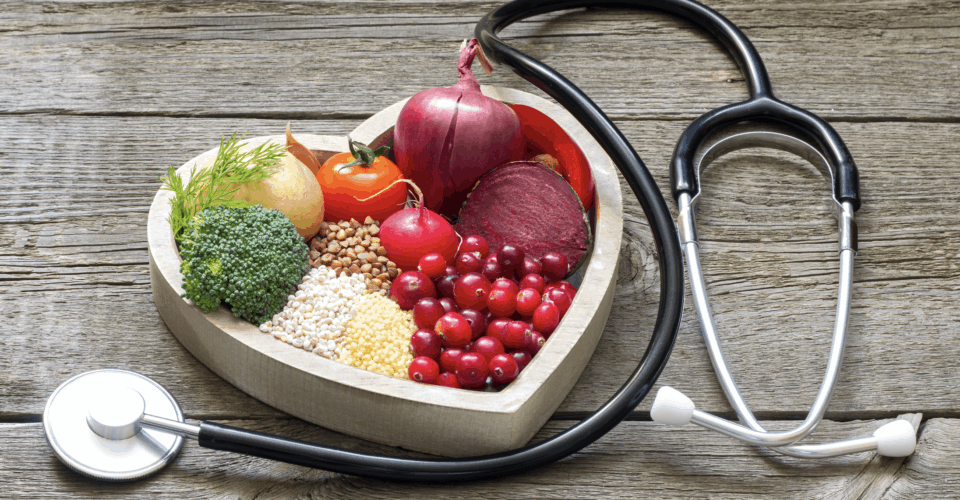 The concept of food as medicine is not new. In fact, it dates back to the time of Hippocrates, the ancient Greek physician who lived in the 4th century BC in 400 BC and is credited with saying, “Let food be thy medicine and medicine be thy food.” Nutrition has been a central element of medicine for much of history but saw a decline in the last century with the emergence of curative medicine. Now, however, the renewed awareness of nutrition as a critical factor in the prevention of disease has created the new field of culinary medicine, an “educational and nutritional approach to improving eating behaviors, focusing on skills such as food shopping, storage, and meal preparation,” as described by the American Society for Nutrition.

Diet Detective highlights the work of seven amazing chefs who are using food as medicine in the kitchen.

Name: Andrea Beaman
Training: Chef Beaman is a holistic health coach and natural food chef.
Where you can find her: Since 1999, Andrea has been teaching professional training courses in topics such as herbology and thyroid health, in addition to cooking classes around the world at various institutions including prominent ones in New York City such as The Institute For Integrative Nutrition, Kripalu Center for Yoga and Health, The 92nd St Y, The Natural Gourmet Institute, The James Beard House and the New York Open Center.
Website: https://andreabeaman.com
What she’s doing: After being diagnosed with an “incurable disease” that impacted her thyroid Andrea turned to food as medicine and reversed her symptoms. Since then, she has been committed to helping others improve their lives and health through lifestyle changes and a diet full of wholesome foods. She runs a Food as Medicine online program that offers registered participants knowledge about preventing and healing disease by using food as medicine. The program offers four different classes covering topics that include supporting immune health, spring cleanses and detox.

Name: David Bouley
Training: Chef Bouley began his culinary career working in restaurants in Cape Cod and Sante Fe before going overseas. After studying at the Sorbonne in Paris, he worked with world-renowned chefs, including Roger Vergé, Paul Bocuse, Joël Robuchon, Gaston Lenôtre, and Frédy Girardet, in France and Switzerland before returning to America. Back in the States Chef Bouley worked at such well-known New York City restaurants as Le Cirque, Le Périgord, and La Côte Basque before becoming head chef of Montrachet in 1985. Two years later, he opened Bouley, his own award-winning restaurant in TriBeCa, which received  Zagat’s number one ranking for food and popularity every year from 1991 until its close in 1996. Other venues soon followed, including Bouley Bakery, Danube, the second incarnation of Bouley Restaurant, and, currently, Bouley at Home.
Where you can find him: WhenChef Bouley is not busy in the kitchen of Bouley at Home, you can find him leading cooking classes and workshops or on podcasts such as Dr. Mark Hyman’s discussing how food can be medicine.
Website: https://davidbouley.com
What he’s doing: Chef Bouley is championing food as medicine and working to restore our health through food. In 2012 he created The Chef and the Doctor, a series of events to which the public can buy tickets to hear a medical professional talk about his area of expertise and then sit down to a multi-course dinner with wine pairings that is created by Bouley using ingredients related to the evening’s discussion. He is now writing a book, The Living Pantry, to be published by Flatiron Press in 2021, in which he will encourage home chefs to use beneficial ingredients and provide them with the tools they need to cook meals whose taste is not compromised for health benefits. In 2017, Chef Bouley received an honorary Doctor of Humane Letters “honoris causa” degree from the College of Agriculture, Health and Natural Resources at the University of Connecticut for his accomplishments and leadership in advancing the science and art of gastronomy as a vehicle for medicine and health.

Name: Jehangir Mehta
Training: Chef Mehta holds a bachelor of arts degree in sociology from the University of Mumbai, which he pursued while also attending the Institute of Hotel Management, Catering, Technology and Applied Nutrition. After completing his undergraduate studies, he moved to the United States to attend The Culinary Institute of America in Hyde Park, New York, graduating in 1995. His post-CIA career began at L’Absinthe in New York City and continued at Typhoon Brewery, where he worked as a pastry chef, Jean George, and later Mercer Kitchen before he opened his own restaurant.
Where you can find him: Chef Mehta is currently living in NYC with his wife and twins. e is head chef at Graffiti Earth, where he works to create a vegetable-forward menu that focuses on sustainability. He and his work have been featured in numerous publications including s Gourmet, Bon Appétit, Vogue, The New York Times, New York, Time Out, Gotham, Daily News, and the New York Post.
Website: http://www.graffitiearthny.com/chef-1
What he’s doing: Chef Mehta is the chef ambassador for Beyond Celiac and tours the United States to encourage more fine dining restaurants to offer gluten-free options to customers. In addition to advocating for gluten-free options, he is very involved in promoting healthier diets and eating among children. Ten years ago he started “Candy Camp”, a private cooking class for children, and today he hosts “Gastro Kids After School”, an after-school cooking program, and works closely with children at PS.33 in Manhattan as part of the ongoing “Wellness in Schools Initiative”.

Name: Maneet Chauhan
Training: Chef Maneet’s love for cooking began at an early age, inspiring her to attend the Welcome group Graduate School of Hotel Administration, India’s top culinary and hotel management school. After graduation, she interned at some of the best-known hotels and kitchens in the country, including the Taj Group, Oberoi and Le Meridien, before attending the Culinary Institute of America in Hyde Park, New York. Her training then continued at landmark restaurants in New York City and Chicago.
Where you can find her: Chef Maneet is as active on TV as she is in the kitchen. Her TV appearances include ABC’s The View, NBC’s TODAY, Lifetime Channel’s Designing Spaces, and Fox News, but she is best known for her role as a judge on the Food Network’s Chopped. She currently resides in Nashville with her husband and two children.
Website: None
What she’s doing: Growing up, Chef Maneet always connected her food to her health, particularly through her mother. As a child, if she’d tell her mother she had a stomach ache, she’d be prescribed a bit of fennel to chew or would make rose syrup juice, a poppy seed juice, a raw mango juice to cool down the body in the hot summertime months, These ideals are one she now infuses into all her own culinary endeavors. She has participated in the 2017 Roots Culinary Conference where she shares her own wisdom for treating diabetes with food and helping the body heal, one bite at a time.

Name: Michel Nischan
Training: While Chef Nischan’s resume includes more than 35 years of advocating for a more sustainable and healthy food system, his informal training dates back to witnessing his family manage a farm and his first food gig at a breakfast truck stop. He worked at several different restaurants before becoming head chef at Fleur De Lis, a French restaurant in Milwaukee. It was there that he began to serve local and fresh produce by partnering with farms in the region to source the produce he believed his dishes and diners deserved.
Where you can find him: In 2007 Nischan and his late partner Gus Schumacher founded Wholesome Wave whose goal was to reverse the $1 trillion spent on diet-related illnesses each year in America and move toward a system of preventing disease by promoting healthy diets. The organization is headquartered in Bridgeport, Connecticut, but its network members work in almost all 50 states and Washington D.C.
Website: http://www.chefnischan.com/
What he’s doing: Along with the team at Wholesome Wave, Nischan successfully influenced legislative language for the 2014 Federal Farm Bill and was instrumental in securing $100M for Food Insecurity Nutrition Incentive (FINI) grants to expand affordable access to healthy, locally grown fruits and vegetables. This success continued when the 2018 Federal Farm Bill’s funding allocation was increased to $250 million and named after Gus Scumacher. Outside of Washington, Nischan works to promote positive change in the food industry through the efforts of chefs. He helped create the James Beard Foundation’s Chefs Boot Camp for Policy and Change, part of the nonprofit Chef Action Network, which counts nearly 300 chefs as members.

Name: Nephi Craig
Training: Chef Craig, who identifies as a White Mountain Apache and Navajo, has been cooking since he was a kid growing up on an Indian reservation. Initially, he helped his family earn extra cash by selling their baked goods. As he grew older, however, he realized he could cultivate a culinary career for himself. Chef Craig graduated from the culinary program at Arizona’s Scottsdale Community College in 2000.
Where you can find him: Over the past eighteen years, Chef Craig has cooked on and off reservations throughout Indian Country in the United States as well as in London, Germany, Brazil, and Japan. After working at the Summit Restaurant at Sunrise Park Resort in Greer, Arizona for more than eight years, he is now the Nutritional Recovery Program Coordinator at the Rainbow Treatment Center and Executive Chef of Café Gozhóó on the White Mountain Apache Tribe in Whiteriver, Arizona.
Website: None
What he’s doing: After graduating culinary school, Chef Craig launched the Native American Culinary Association (NACA) – a network of Native chefs who focus on the research, refinement, and development of Native American cuisine. Based in Arizona, NACA organizes a yearly Indigenous Food Symposium that provides a place for attendees to share and learn about Native foods, agriculture and landscapes, and how food can be one source of a healthier life.  His latest project is Café Gozhóó – a fast-casual restaurant and market with a focus on nutritional education whose goal is to be a source of health for a community where diabetes and alcoholic liver disease are on the rise.

Name: Trisha Williams
Training: Chef Williams calls herself a culinary nutritionist. Her resume includes work at a range of highly-rated restaurants including The City Bakery, Home Restaurant, Isla and Olives, and Bouley. However, it was only after the birth of her first child that her interest in culinary nutrition and the force of food as medicine began. At that point, she returned to school to secure her Holistic Nutrition Certification from Columbia’s Teachers College and a Food Therapy Certificate from Annemarie Colbin at the Natural Gourmet Institute. She is currently pursuing a Masters of Nutrition Education and is certified by the Institute for the Psychology of Eating.
Where you can find her: Williams can be found in New York City preparing and delivering gourmet health-supportive meals to celebrities, politicians, executives, and families.
Website: http://foodmattersnyc.com
What she’s doing: In 2008 Williams founded Food Matters NYC, an organic meal delivery service offering clients balanced and personalized meals to help improve their health. Delivered in the morning, the nutrient-dense and naturally-sourced meals help clients to meet their nutritional goals and use food as a means to healing. Williams has also become known for her culinary “hacks,” which have transformed traditionally unhealthy foods, such as lasagna or Ring Dings, into ones no one needs to feel guilty about eating.