The Confidence to Lose 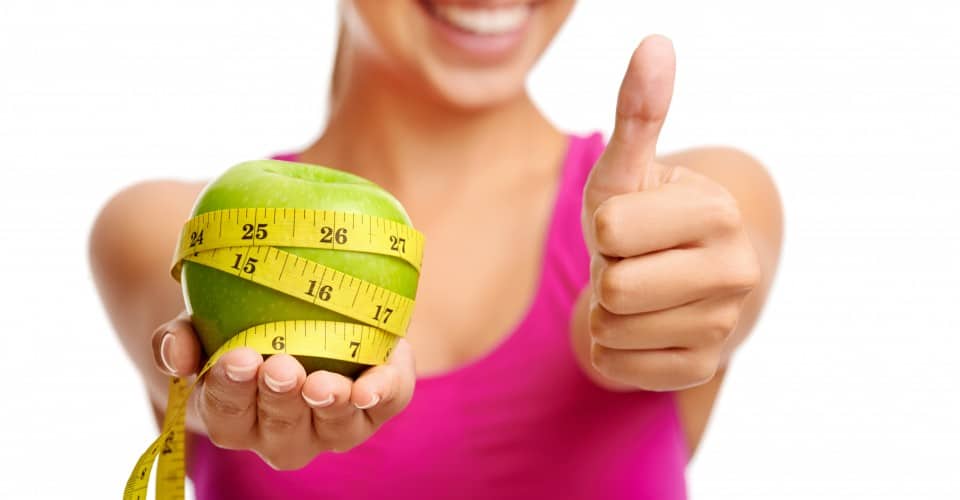 In fact, a study published in the “Journal of the American Dietetic Association” found that as self-efficacy improved, eating habits also improved and #weight loss was greater. And in another recent study, researchers at Utrecht University in the Netherlands reported that those who believed they could control their eating and didn’t blame being overweight on “bad genes” lost the most weight.

How do you increase your self-efficacy so you can lose weight? Follow these confidence-building tips:

TALK TO YOURSELF
Would you ever get on an airplane after you’d overheard the pilot say, “I don’t think I can make it all the way to New York. I just know I’m going to crash — I’m so scared”? Of course not! Well, we are the pilots of our lives, and what we tell ourselves about our ability or inability to reach a goal matters. Whether you’re aware of it or not, most of us have a constant stream of internal commentary running in our heads. Examples of negative commentary would be telling yourself, “I can’t lose weight — it’s in my genes,” or, “I’ll never be able to exercise three times a week,” or, “I can’t eat at a restaurant without pigging out on the bread basket.”

Do you really want to be the one convincing yourself that you won’t succeed? Granted, it’s natural to feel insecure at times — but it certainly shouldn’t be the norm.

“You need to give yourself an internal pep talk,” says Rosabeth Moss Kanter, Ph.D., a professor at Harvard University School of Business and author of “Confidence” (Crown Business, 2004). Start by creating affirmations: strong, positive statements asserting that something desirable about yourself is in fact true. The idea is to use your words to help you succeed by “talking to yourself about yourself” in a positive light.

A study published in the “Journal of Sports Sciences” divided golfers of high and low skill into two groups not related to their skill level. The first group was asked to repeatedly tell themselves they would do well in a series of putts, while the second group was instructed to tell themselves they would not do well. The investigators found that the players instructed to engage in negative self-talk performed much worse than those who used positive self-talk, regardless of skill level.

“When practiced and repeated over time, affirmations can alter your mental climate and empower you to make changes in your life.” says Jacinda Roach, Ph.D., R.D., a consultant in Madison, Miss.

NO REGRETS
Just because you’ve failed in the past doesn’t mean you’re finished. “Trying many different #diet plans and failing leads to a lack of confidence,” says Roach. But don’t sweat it — more than 90 percent of “successful losers” had previously failed in their efforts to lose weight. Many reported having lost and regained the weight — up to nearly 270 pounds — several times before they finally perfected permanent weight loss. So keep trying.

DRAW FROM #SUCCESS
Another way to build confidence is to examine other instances when you have been successful at overcoming adversity. “The more you’ve been successful in the past, the more you gain experience of yourself as a winner,” says Kanter. Think of a past situation in your life in which you triumphed over difficulties or challenges to achieve something great or something that at one point seemed impossible to you. Then give yourself some credit — and draw the connection: “If I could overcome that, I can certainly lose weight or start an exercise program.”

Basically, you’re applying the strengths discovered through past successes to your current goals. For example, perhaps you are proud of receiving a promotion. Consider what it was that made your promotion possible. Did you put in extra hours and accept responsibility for what needed to get done? Did you adhere to deadlines, avoid making excuses and maintain open and honest communications with co-workers?

Identifying past successes allows you to build strong self-efficacy by bringing you face to face with the great things you know you can accomplish. Your previous achievements will remind you that you can overcome obstacles to success.

MAKE IT SMALL
Kanter suggests “setting small goals (e.g., making better breakfast choices) so that you see some success and promote feelings of confidence.” That way, you will recognize your own abilities right away, boosting your belief that you can reach more long-term goals.

One of the reasons low-carb diets like Atkins or South Beach work is the rapid weight loss that results. This gives people confidence that they can actually lose weight on the diet and that all their efforts are worthwhile.

“However, don’t celebrate prematurely,” Kanter warns. “People have a tendency to celebrate before they build the changes they’ve made into lasting behavior patterns.” It’s easy to fall back into bad habits once the initial feeling of triumph wears off. By setting a series of small goals and remembering to look at them as steps leading to a greater goal, you can feel good about your progress without losing sight of the big picture.

PREPARE FOR SETBACKS
Part of maintaining your self-confidence is preparing for and dealing with the setbacks you encounter along the way. Remember, there will always be roadblocks. Think in advance about the problems you might encounter that will cause you to slip up, and have a plan ready to overcome them. For instance, if you have difficulty staying on your diet when you go out to dinner or when you’re visiting relatives, come up with strategies to avoid the slip-ups, as well as a plan of action to follow if you actually do slip up.

MODEL MANIA
Self-efficacy is about more than your own personal successes and failures — people around you have an effect as well. For example, role models give us the confidence that our goals are possible, however challenging they may seem. Through their behavior, role models convey information and give you confidence that you can do it, too.

Not only is it important to seek out deserving role models, it’s also crucial to surround yourself with people who will make positive contributions to your struggle for self-confidence. A study by Rena R. Wing, Ph.D., professor of psychiatry and human behavior at Brown University, found that friends who followed a weight-loss program together lost more weight and were more likely to complete their diet program and maintain their weight loss than those who were doing it on their own.

ACCOUNTABILITY
Taking responsibility for your actions is one way to feel empowered. Recognize what you are responsible for and then take control of it. “Measure how well you’re doing, and face the situation honestly if you’re not on track,” says Kanter. By holding yourself accountable, you force yourself to remember that you are the only one in control — you can make the situation whatever you want it to be. Roach also recommends trying to understand why you’re doing what you’re doing. Learn why you overeat at certain times or why you’re too busy to increase your activity level. Once you understand the “why,” you increase confidence in your ability to resolve your weight-control issues.

EDUCATE
“Surround yourself with information; learn what works,” says Kanter. Educating yourself not only increases your own personal understanding of the goals and obstacles before you, it also teaches you how to take command. Education gives dieters the power and belief that they can make the change. Some suggestions: Take healthy cooking classes, take a nutrition class or hire a qualified personal trainer.