Chefs Who Cook Well and Do Good: Michel Nischan 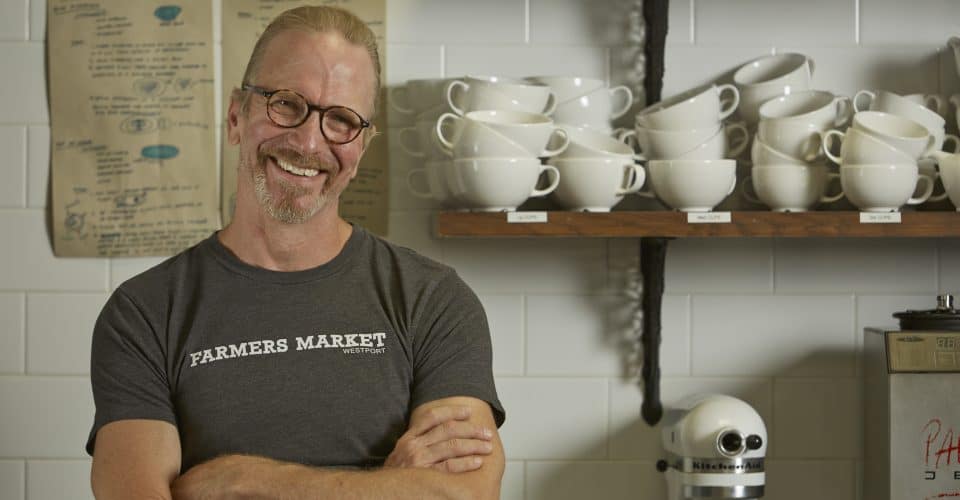 Best Known For: Founding the nonprofit Wholesome Wave and cofounding the Chef Action Network; Being a pioneer in the farm-to-table movement, writing the #cookbooks Sustainably Delicious, Taste Pure and Simple and Homegrown Pure and Simple

How He Is Changing the Food System: Michel Nischan’s motivation for a more sustainable food system is a simple one, and it comes from his mother’s adage: If you don’t like how something is, do something about it. For 30 years, Nischan has been doing just that.

Nischan believes that “food, as a single subject, has more impact on human health, environmental health, economic health, and societal health than any other single issue. Food is our common ground.”

He began his career as a chef and over the years, has taken on new ventures outside the kitchen to become a leader in the sustainable food movement. In addition to a chef’s toque, he wears a multitude of other hats. He is the author of three cookbooks, a CEO and founder of a nonprofit, an advocate for sustainable food systems and social equity through food, and a healthy-eating role model for his family. Nischan is also a lifetime Ashoka fellow. He serves on the board of the Jacques Pepin Foundation and the advisory boards of Chef’s Collaborative, Modern Farmer, Good Food Media, and The National Young Farmers Coalition.

Growing up in a family of farmers, Nischan became accustomed to cooking with freshly picked ingredients. It was later, when he began working at restaurants, that he realized how privileged he had been as a child in terms of the freshness and quality of those ingredients. Unwilling to stand for a lack of quality, he decided to go directly to farmers to purchase exactly what he needed. The challenge was how to incentivize and encourage the farmers to grow what his restaurants needed.

Although a steadfast advocate for farm-to-table, Nischan truly connected food to health when his son was diagnosed with Type-1 diabetes. It was during this time that his fight for social equity within the food system really took off. Recognizing that affordability is one of the biggest barriers to eating healthy, and recognizing food as preventive medicine, Nischan became determined to find a way around that barrier.

Starting an organization of his own: Wholesome Wave

In 2007 Nischan founded Wholesome Wave with his late partner Gus Schumacher, with the goal of reversing the $1 trillion spent on diet-related illnesses each year in America and moving towards a system of preventative health through the promotion of healthy diets. The organization and its network members work in nearly all 50 states and Washington D.C.

Recognizing that those who struggle to put food on the table would also be struggling to afford fruits and vegetables, his organization started and proliferated SNAP Doubling, a nationwide program that doubles the value of food stamps that are used to buy fruits and vegetables. Wholesome Wave also pioneered the first, formalized Produce Prescription programs, which are now legislated in the most recent Federal Farm Bill.

Tackling policy and encouraging fellow #chefs to do the same

Along with his team at Wholesome Wave, Nischan has successfully influenced legislative language for the 2014 Federal Farm Bill. The team was instrumental in securing $100M for Food Insecurity Nutrition Incentive (FINI) grants to expand affordable access to healthy, locally grown fruits and vegetables. This success continued in the 2018 Federal Farm Bill when the funding allocation was increased to $250 million, and named after Nischan’s late partner, Gus Scumacher.

Outside of Washington, Nischan works to promote positive change in the food industry through chefs. He helped create the James Beard Foundation’s Chefs Boot Camp for Policy and Change, part of the nonprofit Chef Action Network, which can count nearly 300 chefs as members. He believes that chefs are powerful agents of change within their communities and is hopeful that the next generation of chefs are moving away from a spirit of competition towards one of meaningful collaboration.

Nischan has had an active career and has been recognized all along his professional path from chef to activist to nonprofit leader. Here are some of the awards.