Chefs Who Cook Well and Do Good: Pierre Thiam 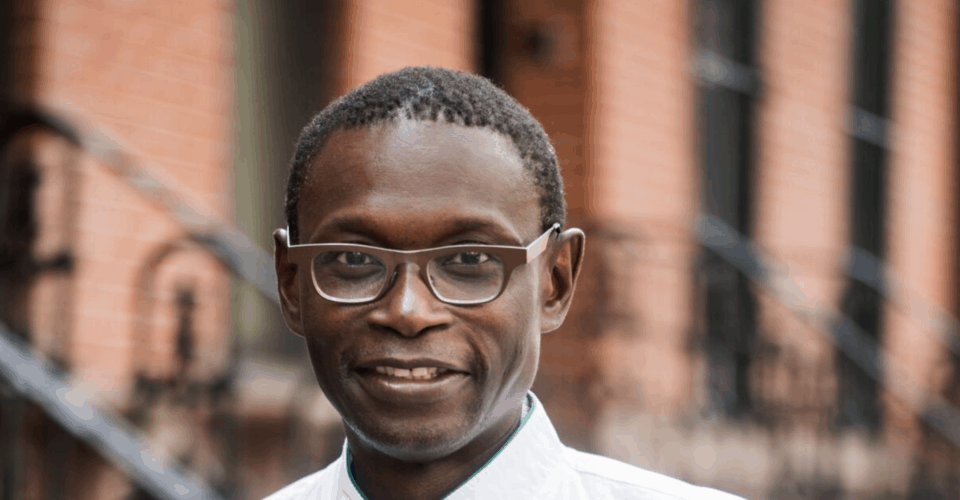 Culinary Training: Pierre Thiam worked his way up the culinary ladder, from working as a busboy in New York City (NYC) restaurants in the 1980s to becoming executive chef at Boom and Two Rooms in NYC before opening restaurants of his own

Best Known For: Serving as a spokesperson for the rich culinary history of Africa and its diaspora; popularizing West African cuisine in NYC; advocating for responsible tourism and alleviation of world hunger

How He Is Changing the Food System: Born and raised in Dakar, Senegal, Pierre Thiam is a chef, restaurateur, social entrepreneur and culinary ambassador for West African foods. His mission as a chef is to introduce diners to new cultures around the world and use food as a medium to connect.

In 2001 he opened his first restaurant, Yolélé, a visionary African bistro in Brooklyn whose mission was to create economic opportunity for smallholder farming communities, promote regenerative farming systems, and introduce Africa’s rich and bountiful ingredients to those outside his home country. In 2014 he opened his second restaurant in Brooklyn, Le Grand Dakar, which quickly became a culinary and cultural sanctuary for Africans and African-Americans. Although both restaurants are now closed, each one helped to establish Chef Thiam as a spokesperson for West African cuisine.

Earlier this year, Chef Thiam opened his third restaurant, Teranga, which translates to “hospitality” in the Senegalese language of Wolof, in Harlem’s Africa Center in New York City. Speaking with Food and Wine magazine, Chef Thiam noted that, “It’s becoming a global world now, and we should allow food to play its role, which is to unite and not separate. I’m bringing those West African flavors to Harlem. That’s the continuing story.”

He is also the co-founder of Yolélé Foods, an African food company launched in 2017 that specializes in sub-Saharan superfoods, including fonio, a grain that has been cultivated in West Africa for more than 5,000 years. As climate change continues to exacerbate problems of soil degradation and drought in the regions where it is grown, fonio’s resurgence represents a sustainable economic opportunity for struggling farmers, mainly women. Itis drought-tolerant, can be harvested multiple times per year and produces a root system that helps fight soil erosion. Chef Thiam’s TED talk on fonio has been viewed over one million times.

According to the Yolélé Foods website, the company will closely monitor its impact to ensure that its goals–to increase income for smallholder farmers; increase food security; promote the growth of a climate-change-resistant crop; and decrease reliance on imported food–are achieved.

Most recently, Yolélé Foods and Woodland Foods, a premier importer and supplier of more than 1,600 specialty dried ingredients, announced a long-term licensing partnership to distribute West African fonio products under the Yolélé brand to foodservice operators and retailers. Currently Yolélé’s fonio can be found on Amazon, Thrive Market and in select Whole Foods Markets.

Chef Thiam is also the author of two cookbooks: Yolélé! Recipes from the Heart of Senegal, which was a finalist for the of the IACP Julia Child Cookbook Award as well as a Special Jury Award Winner at The Gourmand World Cookbook competition in Paris, and SENEGAL: Modern Senegalese Recipes from the Source to the Bowl, which was a finalist for the James Beard award for Best International Cookbook.

Finally, Chef Thiam’s passion for African culinary traditions led him to partner with the Senegalese Ministry of Trade and Industry to organize the first African Food and Local Products Festival, AfroEats, which was held in Dakar in May 2013. That same year, he also introduced leading figures in the culinary world to the complexity and richness of African cuisine by organizing and hosting a trip to Dakar for a dozen chefs from around the world.