Chefs Who Cook Well and Do Good: Naama Tamir 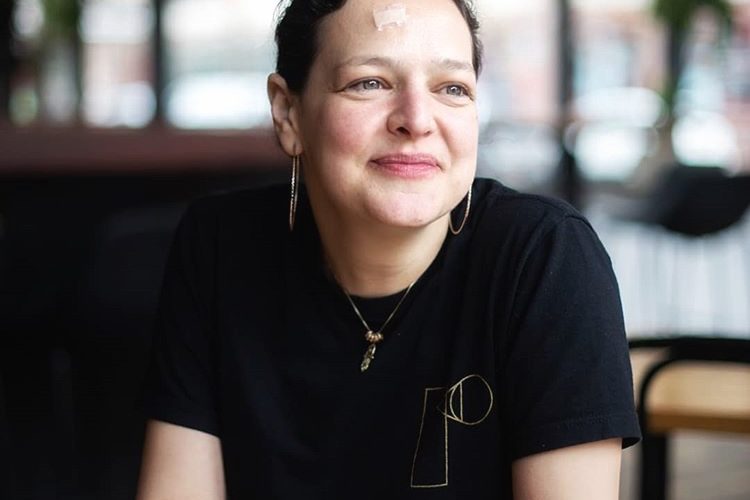 Culinary Training: Chef Tamir grew up cooking foods in her hometown in Israel. Upon moving to the New York City, she was shocked by how heavy the food was and the fact that it left her feeling legarthic instead of energized. Determined to change the way New Yorkers were eating, Chef Tamir convinced her brother, Asaaf, who was pursuing acting at the time, to join her in chasing her idea of a healthy, sustainable and community-oriented restaurant.

Best Known For: The sustainable practices she implements at her restaurant, Lighthouse BK, in Williamsburg, Brooklyn.

How She Is Changing the Food System: Naama Tamir and her brother opened their Williamsburg restaurant, Lighthouse BK, in 2011. Since then they have established themselves as trailblazers for implementing sustainable restaurant practices. Iin 2016, they opened their second location, Lighthouse Outpost, in SoHo. Both restaurants are committed to representing the communities they serve through food that is sourced from local farmers and growers.

“Community is a crucial element of the work we’re doing,” says Chef Naama Tamir. “Beyond recycling and composting, we collaborate with like-minded, green organizations to grow and educate ourselves, our dedicated staff, and the guests that support us every day.”

Chef Tamir is driven to make the restaurant industry and her own establishments more sustainable and less wasteful.

“We have to stop thinking about waste as waste, and start thinking about it as material that has another whole life ahead of it,” she says, but notes that there are still challenges to accomplishing that goal.

“We try to do things a little differently,” she explained in an interview with Transform Don’t Trash NYC.. “We do our best to separate our organic waste and send at least some of it to local community gardens and parks. Oyster shells are collected for the Billion Oyster project. As for glass and cardboard, we separate them, but in all honesty, I don’t know if they get recycled. There is very little transparency in the carting business. I would like to change that.”

In addition to collecting shells for the Billion Dollar Oyster project, Chef Tamir has teamed up with a number of other organizations in the  the New York City area in her effort to become as zero-waste as possible. For example, the restaurants now work with BK Rot for composting, Common Ground for compost pick-up, and the Cork Collective for cork-recycling.

Beyond her own kitchen and restaurant, Chef Tamir collaborates closely with BABAR (Brooklyn Allied Bars and Restaurants), the NFL (No Free Lunch) the sustainability platform at the Institute of Public Knowledge, and the James Beard Foundation’s Impact Program, among other community organizations that support sustainable food. Most recently she teamed up with Unilever’s Fair Kitchens initiative, a movement to inspire a more inviting, equitable, and safer kitchen industry. In a series of videos, she and her staff share their thoughts on how they are changing the restaurant industry for the better while discussing everything from saying  “good job” to exciting passion among staff and talking openly about issues when they arise.

When Chef Tamir was asked why she became involved in the restaurant business, the answer was straight-forward.

“We (my brother and I) enjoy feeding people; we wanted to create a safe and loving environment for our staff and guests. We wanted to feed people food that is healthy and good for them and to support farms and purveyors that are like minded and have good practices.  We have a mission to make a difference in the world and we feel that our talents are well utilized in this field. It’s also just really fun!”