Chefs Who Cook Well and Do Good: Kelly Liken 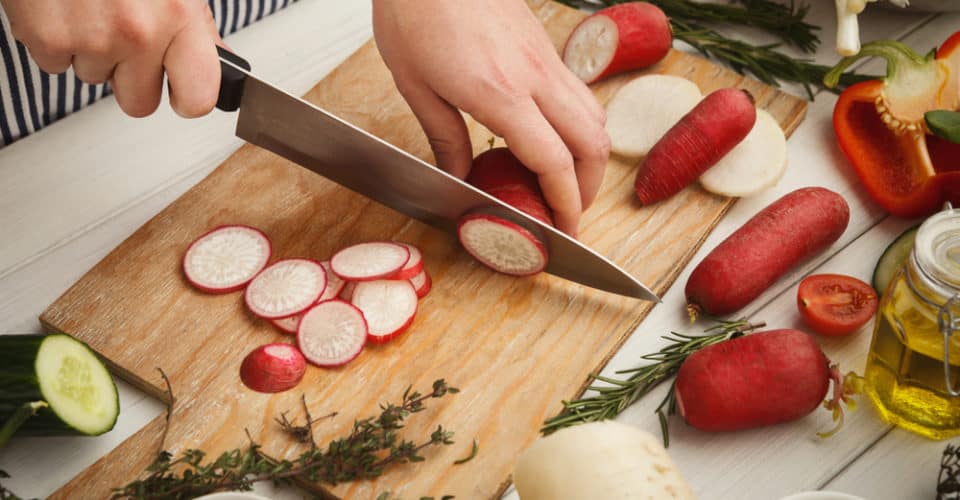 Culinary Training: Chef Liken developed her love for cooking through her mother who was always exploring new recipes and trying fresh ingredients from the local farmers market. At 18 she landed her first professional cooking job at an upscale seafood restaurant. And she continued to work in restaurants at night while attending college at the University of Colorado in Boulder. The driving force behind her decision to be a student by day and a restaurant worker by night was not only her need to pay the bills but also the desire to feed her passion.

“From the moment I stepped foot into a professional kitchen, I knew it was where I wanted to be…it was like an epiphany,” Kelly writes on her website.

In 2002, she graduated first in her class at the Culinary Institute of America in Hyde Park, New York. With her new degree under the belt, Kelly headed back west to work at Splendido at the Château in Beaver Creek, Colorado. Shortly after she opened her first eponymous restaurant in Vail, Colorado.

Best Known For: Her restaurants and role as a community chef in Colorado

How She Is Changing the Food System: Chef Liken’s restaurant in Colorado, Restaurant Kelly Liken, which opened in 2004 and closed in 2015, became a beacon for fresh and local ingredients.

“Colorado has an amazing selection of ingredients you can’t get at the local farmer’s market including Bison, Elk, wild porcini mushrooms grown on the local hillsides, or turnips and potatoes grown at 8,300 feet above sea level, that are truly divine,” says Liken.

Chef Liken made it a priority to cultivate close relationships with small family farms, ranchers and other food producers in the state where she has gained a reputation as a farm-to-table restaurateur.

“If I can’t find an ingredient or product from Colorado, I won’t buy it from someplace else,” she says, even though this forces her to change her menu frequently as products come into, and go out of season.

While her restaurant closed down in 2015, Chef Liken is still very involved with the local and sustainable food scene. Working with the Vail Valley Foundation and Brush Creek Elementary school, she started an edible-schoolyard program, Sowing Seeds, that worked to educate thousands of children about sourcing and selecting food.

Liken also continues to support her community with culinary excursions into the backcountry, teaching participants of the trips skills like eating off the land and helping to maintain a habitat that will continue to flourish and survive.

Her most recent adventure was not in the backcountry but right in the city of Eagle. In 2019, she joined the Eagle Valley Community Foundation and currently manages its flagship program, the Community Market, formerly known as the Eagle River Valley Food Bank.

“I want to bring an often-separated community together as one to improve the health and wellness of all local families.  I am very excited to bring my experience and passion for healthy foods to thousands of individuals and families,” Liken said.

The Community Market provides fresh produce and prepared foods as well as shelf-stable items in an environment that aims to remove the stigma around food banks. Serving nearly 1,000 local residents in Eagle who struggle to access affordable groceries, the market aims to change the misconception that food banks stock only canned soups and instant noodles.

“Of course we take canned goods and non-perishable staples,” she says. “But we also work with local grocery stores and food markets so that 60 percent of our products are fresh produce … right now, we’re diverting 5,500 pounds of food per week from a landfill—we say we ‘rescue’ the groceries.”

Her new colleagues sing her praises.

“We are so fortunate that entrepreneur and chef extraordinaire Kelly Liken has agreed to serve as our Eagle Valley Food Systems Director,” Susie Davis said. “What Kelly brings to The Community Market will be unprecedented in the space of deploying food solutions in our backyard and become a model for other communities.”