Chefs Who Cook Well and Do Good: Edward Lee 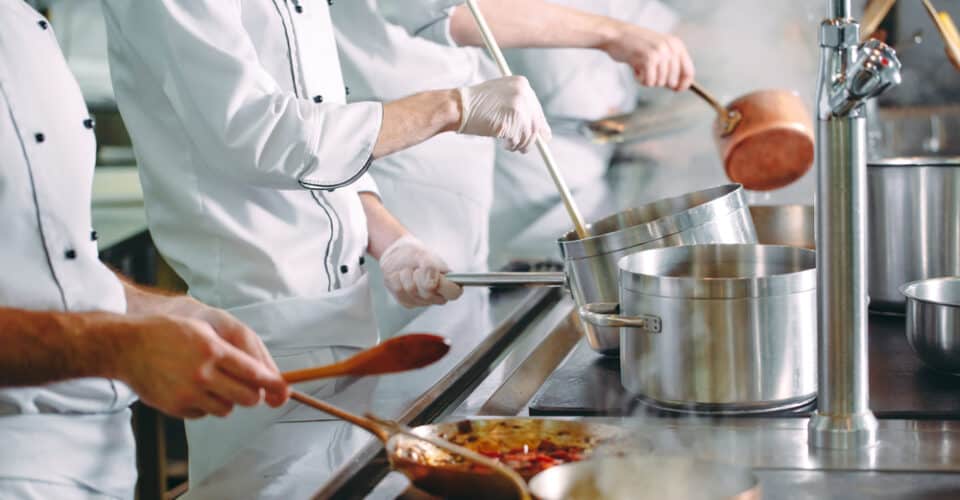 Culinary Training: Chef Lee began cooking at age 11 under the mentorship of his grandmother whom he credits with sparking his interest in food. Years later, at the age of 22, after graduating from New York University with a degree in literature, he began cooking professionally in restaurants. Next, he went on to tour France and the United States learning about regional cooking. He attended the Kentucky Derby in 2001 and fell in love with Louisville and southern-style cooking. Shortly after that trip, in 2002, he moved to Louisville and began to work at  610 Magnolia. Today, Chef Lee owns that restaurant as well as two others in the city.

Best Known For: His unique style of cooking that mixes his Korean heritage with Southern culinary traditions and ingredients that he came to love later in life, as well as his response as a restaurateur and nonprofit founder i to the COVID-19 pandemic

How He Is Changing the Food System: In addition to being a restaurateur, tv personality, and author, Chef Lee is the founder and creative director of the nonprofit The LEE Initiative. The LEE Initiative, which stands for Let’s Empower Employment, was established in 2017 to overcome the lack of diversity in the restaurant industry and offer solutions to help the community grow. The initiative includes two programs; The Women Chefs Initiative, a six-month leadership development program for women chefs, and The Smoke & Soul Initiative, a 40-week immersive restaurant mentorship-program for young adults. Smoke & Soul Initiative, which grew out of an earlier culinary training program based in the Smoketown neighborhood of Louisville, trains youth who may not be able to afford expensive culinary schools in all aspects of the restaurant industry.

The LEE Initiative has also been at the forefront of the restaurant industry’s response to COVID-19,  forming a nationwide coalition of restaurants that have been transformed into relief kitchens for restaurant workers.

“We started a program called the Restaurant Workers Relief Program. And we are feeding any and all restaurant workers who have been laid off or who have had their hours significantly reduced, and who just need food supplies come to us. We have 15 kitchens right now running across the country. Most kitchens are open seven nights a week and we’re handing out about 300 meals a night, giving out supplies and meal kits and things that you can cook at home as well,” says Lee.

In addition, the initiative has expanded its relief efforts to also include the Restaurant Reboot Relief Program.

“Our goal is to spend $1 million over the next 12 months purchasing from small sustainable farms across America to help them financially. We will then donate these products to restaurants in their markets that need help in re-opening,” Lee wrote on his Instagram.

“There are so many small farmers and restaurants at risk of closing right now. There is so much at stake. We can’t let them go down without a fight. I am committed to doing everything I can to support them in this heartbreaking time.”

As the COVID-19 pandemic continues to force the restaurant and food industry to find its new industry normal, it is likely that Chef Lee will continue to aid in those efforts.