Chefs Who Cook Well and Do Good: Daniel Humm 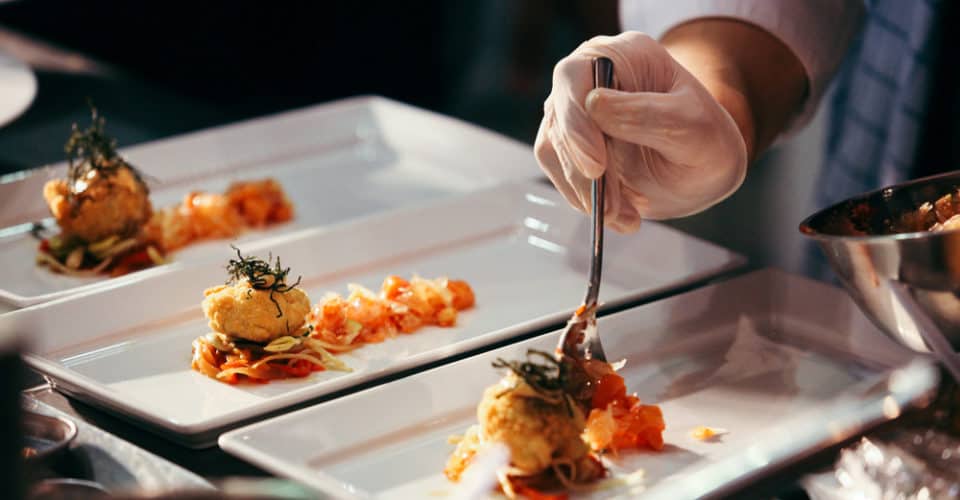 Culinary Training: Growing up in Switzerland, Chef Humm was exposed to various types of local food at a young age and started working in kitchens at the age of 14. He cooked in some of Switzerland’s finest restaurants and hotels before moving to the United States in 2003 to become executive chef at Campton place in San Francisco. Three years later, he traded the California sun for a New York City skyline and first became Executive Chef at and later co-owner of Eleven Madison Park, one of the city’s finest and most acclaimed dining establishments.

Best Known For: His role as Chef/Co-Owner of Eleven Madison Park

How He Is Changing the Food System: Despite being named the World’s Best Restaurant in 2017 and awarded three Michelin stars, Eleven Madison Park and Executive Chef Humm have not been spared the devastating impact of COVID-19. The restaurant, normally a destination dining location for international travelers and city dwellers alike, has been closed since mid-March. But, like other restauranteurs across the country, Chef Humm is shifting his focus to meet the needs of the city’s most vulnerable. Currently, Eleven Madison Park is preparing more than 2,000 meals a day for hospital staff and struggling New Yorkers.

“[The restaurant business] is such a wonderful industry because we are in the business of hospitality, of giving. So I started thinking, after we closed, How can we give during the time? I found some quiet time, I went on a few longer bike rides, and I asked myself, What are my opportunities here? I thought: I have a kitchen that is insanely clean. I have connections to suppliers. I can prepare meals,” says Chef Humm.

But transforming a fine-dining establishment into a commissary kitchen is no easy feat and was not a path forged alone. Chef Humm, who sits on the board, turned to Rethink, a Brooklyn-based nonprofit focused on reducing hunger by reducing food waste, for support.

“One of our alumni started Rethink Food, and I’m on the board, so I called him and asked, “What if I raised money and we made meals, and you guys delivered them?” Within seven days, with some help from American Express, we had a system in place, and we turned Eleven Madison Park into a community kitchen.”

Outside the kitchen, Eleven Madison Park, Rethink Food, and American Express became part of a fully operational team as part of Rethink’s larger COVID-19 Restaurant Response Program. Meanwhile, inside the kitchen, Chef Humm put former employees to work in their own teams of three across the restaurant’s kitchen. And, while feeding New York’s vulnerable has become the top priority, safety is never compromised.

“In our kitchen, safety is our number-one priority. We have 20 people [volunteers and former employees rehired at minimum wage] working in small groups. There is only one entrance to the restaurant. Everyone who comes in has to wash their hands and put on gloves. We also take their temperature. If it’s too high, they are not allowed to work,” Chef Humm explains.

Chef Humm continues to lead the new operation but is unsure what the future of dining will look like. Despite his own efforts with Rethink as well as other restaurateurs’ efforts to support their employees, Chef Humm recognizes that larger-scale intervention and support are needed.

“The government needs to help the millions of workers who have lost their jobs. It’s heartbreaking, because we have a lot of foreign workers in our restaurant who are here on work visas, so they aren’t even getting unemployment,”says Chef Humm.

Fortunately, while the hospitality industry waits to see the type of new normal emerges, Chef Humm and his team will keep showing up for work.

“This is obviously an extraordinarily difficult moment for New York, and this program has given our team the chance not only to help people but to do what they love: cook,” Chef Humm said.

Awards and Honors: While Eleven Madison Park was named #1 on The World’s 50 Best Restaurants in 2017, Chef Humm has received many other awards and honors over the years.