Chefs Who Cook Well and Do Good: Dan Giusti 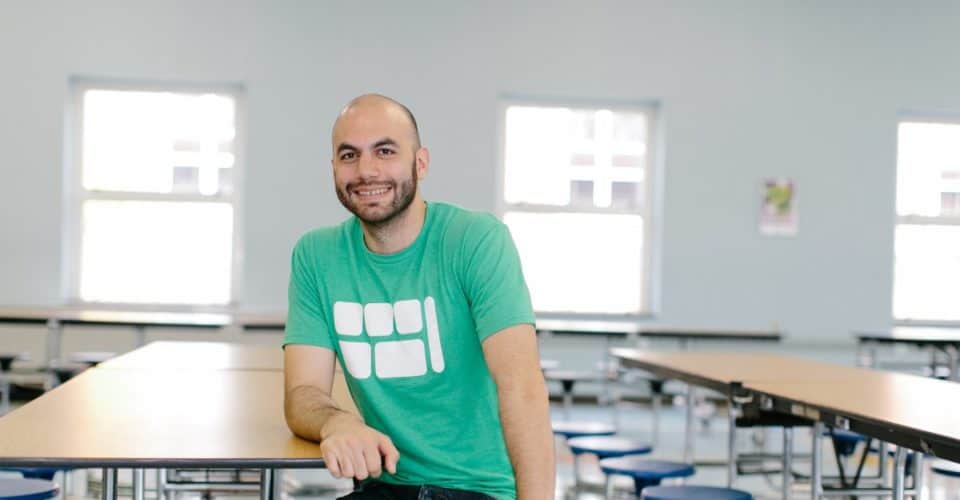 Hometown: Born in New Jersey and raised in the Washington, D.C. area

Culinary Training: Graduate of the Culinary Institute of America

Best Known For: Having served as chef de cuisine at Noma in Copenhagen, which was included in S. Pellegrino & Acqua Panna World’s 50 Best Restaurants list in both 2012 and 2014. Most recently, however, Chef Giusti is best known for his efforts to transform school food through his food-service startup, Brigaid.

How He Is Changing the Food System: Having held positions at several notable restaurants, Chef Giusti returned to Washington, D.C., in 2016 with big plans for revolutionizing school food. In an interview with Thyme Fries, he traces his motivation for getting involved with school food to his desire to change people’s lives through food on a daily basis.

“For a long time, I had been thinking about how to cook for more people in a way that affects their daily lives. Fine dining doesn’t affect someone’s daily life…I wanted to wake up every morning knowing that I’m having an impact through food. I thought about doing a fast-casual concept, but quickly realized I didn’t like the idea of cooking food at that volume when so much of it is being wasted. I also didn’t like that it would mean more buildings and infrastructure. So I started thinking about institutional food; places where food is already being served every day. I liked the idea that these things were already happening.”

Brigaid launched its pilot program in New London, Connecticut, after receiving approval from the Board of Education to bring a chef to the kitchen of each of the six schools in the district, serving a total of 3,700 students. In the first year of the pilot program alone, Brigaid served 800,000 National School Lunch Program-compliant breakfasts, lunches, and suppers. By the end of its third year, the program had served over two million meals.

The success of the New London pilot led to New York City Public Schools, the nation’s largest public school district, to launch its own Brigaid program at Morris High School in the Bronx in fall of 2018 and PS 218 Rafael Hernandez Dual Language Magnet School the following spring.

In the time since, Brigaid has expanded its offerings to include a training program for school districts looking to incorporate scratch cooking into their program. A dedicated Brigaid chef works with the staff at each school kitchen, building strong foundations focused on clean, well-equipped kitchens and arming food service teams with new skillsets to be able to handle raw ingredients and maintain the highest safety and quality standards in perpetuity. Starting in the fall of 2019, Brigaid chefs will be working with Richmond Public Schools in Virginia and Southampton Union Free School District in Long Island, New York. Ultimately, Brigaid aims to train an increasing number of school districts around the country. By supporting the institutional knowledge of those in school food service with Brigaid’s culinary expertise, the longterm goal is to collaboratively shift the landscape of school food nationwide.