Chefs Who Cook Well and Do Good: Camilla Marcus 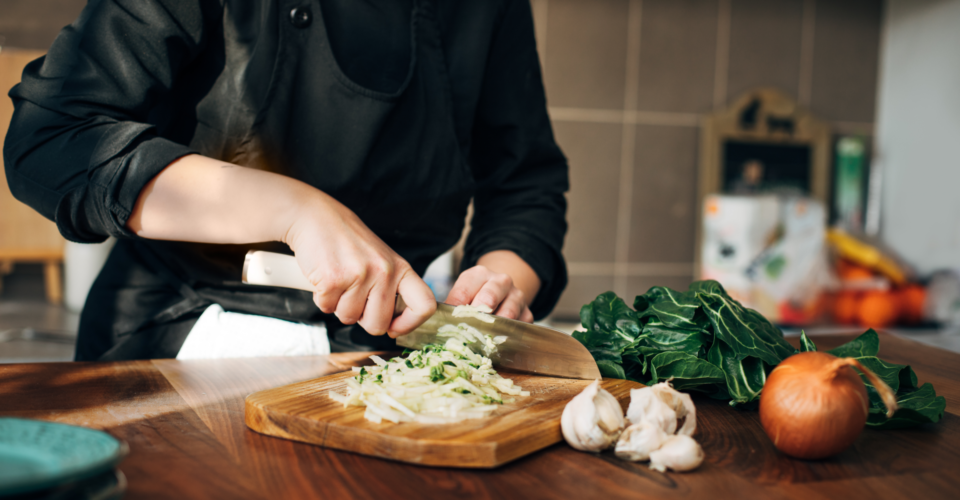 Culinary Training: Before receiving her JD and MBA from New York University, Camilla Marcus received her Associate of Arts degree from the International Culinary Center in New York, New York.

In an interview with Culinary Agents, where she shared the trajectory of her career, Marcus said, “I have been interested in cooking from a very young age and knew early on that I wanted to go to culinary school after college. When I was younger, I would go to the kitchen and chat with the team every time we ate out for dinner.”

Best Known For: Her restaurant, west~bourne

How She Is Changing the Food System: Awards and Honors:  Marcus is the owner of west~bourne, a vegetable-forward cafe in SoHo, New York City. The restaurant opened in 2017 and will soon be the city’s first zero-waste restaurant. She has pushed the hospitality industry’s boundaries of both sustainability and workplace culture.

In terms of workplace culture, Marcus has remade the traditional labor model by eliminating the separation between the front and back of house. Instead, all staff covers all stations to create a democratic, collaborative and fair working environment.

“We exclude the labels ‘front of house’ and ‘back of house’ and implement equal pay across all team members, regardless of position. Furthermore, we have no porters or dishwashers, an often-ignored subclass of restaurant teams. Rather, every team member learns how to execute every function, from culinary craft and coffee service to taking care of guests to wine pairing. This adaptable training model makes scheduling effective and productive but also, most notably, allows us to hire individuals with no previous experience,” says Marcus.

She prides herself on having created a workplace culture where employees can thrive alongside the restaurant while maintaining a work-life balance. Three innovative programs make this possible: the Embrace Your Side Hustle, a monthly reimbursement for anyone who wants to do something to enrich their own lives, whether it be visiting an art museum or opening an investment account; Mindful Minutes, a pre-shift breathing and meditative exercise; and town-hall meetings, which are open forums for sharing feelings and ideas.

In her interview with Culinary Agents, Marcus spoke about how she makes her restaurant an open, inviting and professionally thriving space, stating that, “We do our best to treat everyone as a valued person and encourage whatever will make them flourish.”

The restaurant is also a proud partner of the Robin Hood Foundation, a charitable organization working to alleviate poverty in New York City. A portion of every purchase made at west-bourne benefits The Door, a neighboring non-profit that funds hospitality job training for youth in the community. According to its website, the restaurant has raised more $42,000 for The Door and hires from that very program to build their own team.

In addition, she has teamed up with Vivvi Early Learning, a corporate childcare provider, to open the first childcare facility with dedicated hours for parents in the hospitality industry. The facility is expected to open in Fall 2019.