Chefs Who Cook Well and Do Good: Barton Seaver 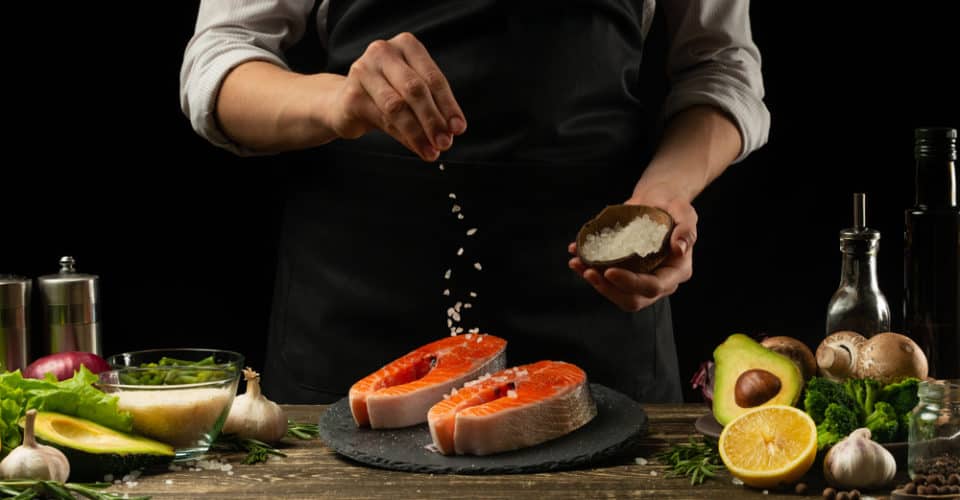 Culinary Training: Seaver graduated with honors from the Culinary Institute of  America in Hyde Park, New York, in 2001. After graduation, he worked in restaurants in Chicago and New York, and then traveled to southern Spain and Morocco, where he worked with local villagers on fishing boats and in small family-run hotel restaurants. In 2005, he made Washington, D.C., home once again and worked with chef José Andrés at Jaleo before becoming executive chef at Café Saint-Ex and later its sister restaurant, Bar Pilar. In 2009 he became chef at Blue Ridge, where his work led John Mariani of Esquire magazine to name him Chef of the Year.  In 2010, he left the restaurant world,  became a National Geographic fellow, and set out to travel the world exploring how human and economic systems govern our relationship with nature.

How He Is Changing the Food System: Although Seaver may not be an active chef anymore, he is a leading sustainable seafood expert and educator.

“I’m happy not to be in the kitchen, because my interests have evolved to the point where there’s a limit to what I can accomplish there. The kitchen demands 100 percent of your passion. If I were there, I’d be doing the restaurant and myself a disservice,” he says.

In his role as an educator, Seaver is active in sparking conversations about sustainability and the role of food in the environment and public health. He has served as the Director of the Sustainable Seafood and Health Initiative at the Harvard School of Public Health, as Senior Advisor in Sustainable Seafood Innovations at the University of New England and as a Sustainability Fellow at the New England Aquarium.

Outside of academia, Seaver has also shared his wisdom through seven seafood-focused books. In May 2016, he released his newest book, Two if by Sea: Delicious Sustainable Seafood, which demonstrates the possibilities of cooking with seafood that hasn’t been overfished in an environmentally-destructive way.

“On one level, I want the book to provide an avenue for home cooks and professional chefs alike to gain confidence in the basic tenets of fish cookery. But I also wanted to provide platforms for dialogue on diversifying our demand for seafood for representing the value of the seafood industry and all that it brings to us in civic, environmental and health capacities,” said Seaver.

In 2010, as part of his work as a National Geographic fellow, he developed a list of ocean-friendly substitutes for popular, overfished species, and co-created the Seafood Decision Guide for consumers – an evaluation of seafood based on health and environmental factors. He hopes this information will help the average fish purchaser to make smarter purchases. He is also the founder of Coastal Culinary Academy, an education center that seeks to improve seafood literacy and increase consumption through seafood-specific culinary education for all levels of cook.

Seaver sat on the board of DC Central Kitchen, a nonprofit hunger-relief organization, until 2013 and is now a member of the board of the LA Kitchen.