Chefs Who Cook Well and Do Good: Michael Adé Elégbèdé 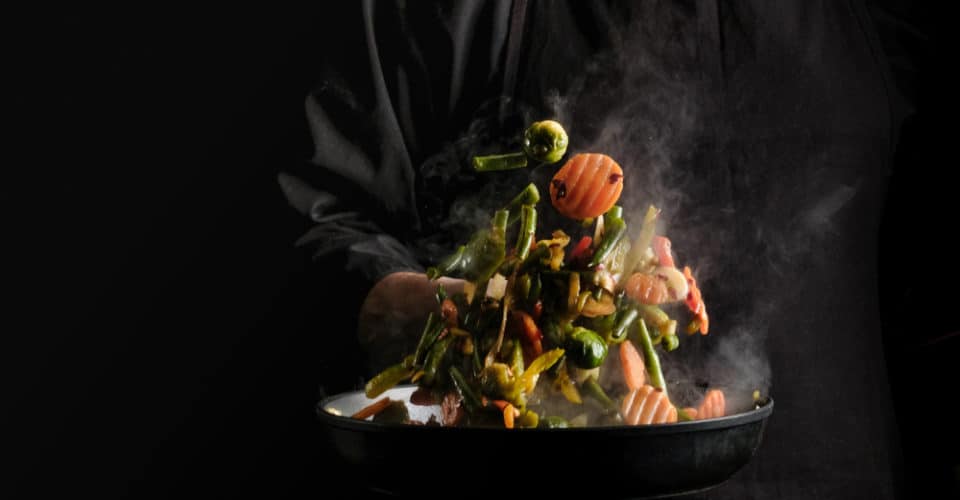 Culinary Training: Chef Elégbèdé began his culinary training at a very young age to support his mother and grandmother in the kitchen of their local restaurant that doubled as a cooking school for young women in Nigeria.

“Cooking was a fundamental part of my upbringing. I grew up with a mother and grandmother who were both professionally trained as chefs. Needless to say, whether I liked it or not, I often found myself in the kitchen,” says Elégbèdé in an interview with Visual Collaborative.

Though Chef Elégbèdé initially attended The University of Illinois to study biology with the aim of becoming a doctor, he ultimately realized that his passion for cooking was too far ingrained for him to pursue a career in medicine.

“My decision to pursue culinary arts came as a result of my trying to answer the big questions about the true meaning of my life and existence. For me, that meant doing what I love and sharing it with my world. I love cooking, so I pursued culinary art,” Chef Elégbèdé said.

He went on to attend the Alliance Bakery in Chicago and later the Culinary Institute of America at Greystone in California where he received his degree in Culinary Arts. He then put his culinary education to use working at restaurants including Eleven Madison Park in New York City before opening his own restaurant in Nigeria.

Best Known For: His culinary creations that tell the story of Nigeria’s culture

How He Is Changing the Food System: Chef Elégbèdé has returned to Nigeria and founded ITAN (pronounced ē-tohn), a restaurant and test kitchen space.  The name means story or history in the Yoruba language, suggesting that it proposes to tell the story of Nigerian cuisine through the mind of a chef using local ingredients and ancient as well as modern techniques to create unique culinary experiences.

But it is not just telling the story of Nigerian cuisine that concerns Chef Elégbèdé. He also advocates strongly for a more sustainable global food system.

“I believe a sustainable food system with vibrant gastronomy culture is the core of a successful society. To be critical of my own practice as a Nigerian chef comes with an awareness and a responsibility to raise Nigeria’s standards and help manage the perception of our industry,” Chef Elégbèdé said.

He is a proud signatory of the Chefs’ Manifesto Issued by the SDG2 Advocacy Hub, which coordinates global campaigning and advocacy to achieve the United Nations’ Sustainable Development Goal (SDG) 2: To end hunger, achieve food security and improved nutrition, and promote sustainable agriculture by 2030. With that goal in mind, the Chefs’ Manifesto outlines how chefs can contribute to the SDG through simple, practical actions. Chef Elégbèdé was among the first 16 chefs who launched the Manifesto at the 2018 EAT Stockholm Forum, a science-based global conference for food system transformation. The number of signatories has now grown to 500+ chefs from more than 70 countries.

In addition to his involvement with Chefs’ Manifesto, Chef Elégbèdé has teamed up with the United Nations ActNow climate campaign to share climate-conscious and sustainable recipes, because, as he put it,