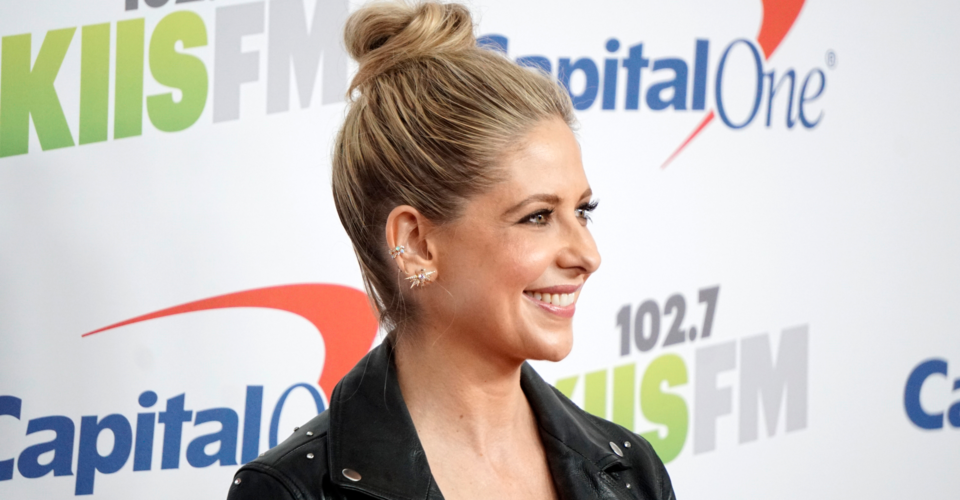 Most famous for: Her role as Buffy Summers on the television series Buffy the Vampire Slayer

How she got connected to food: While to food by baking with her children, Gellar also became aware of the limited options available for healthy and organic baking products.

What she cares about: Providing parents like her and her husband, Freddy Prinze Jr., with natural and healthy baking mixes that are good for people and the planet

Why she cares about it: Her goal is to kick-start a clean-baking revolution with her revolutionary line of baking products.

What she is doing about it: In October 2015, Gellar, along with entrepreneurs Galit Laibow and Greg Fleishman, co-founded Foodstirs, which manufactures and sells organic, non-GMO baking mixes and kits for families.

Food project(s): Based in Santa Monica, CA, Foodstirs was co-founded by entrepreneurs Galit Laibow, Greg Fleishman and actress and author Sarah Michelle Gellar with a motivation to connect people to organic, non-GMO baking products. Founded by long-time family friends who loved to bake together, the company launched as a way to make healthier at-home baking mixes and kits containing better ingredients than classic options. The company has since evolved to sell ready-made products as well.

The first Foodstirs products were launched in October 2015 online and by subscription. At the beginning of 2017, their products were available in about 400 stores and by the end of the year that number increased to nearly 8,000 stores. In 2018, Foodstirs entered into a deal with Starbucks to carry its mug cake mixes in all their stores. Most recently they have launched the world’s first organic ready-to-eat fresh-baked sweet snacks line with 50 percent less sugar than their competitors.

In an interview with AOL, Gellar explained her motivation for starting the company.

“Foodstirs developed out of a need for a product,” Gellar said. “Our kids were really interested in baking, and they wanted to have this baking championship, and my knowledge of baking [was] all eating, and I was not going to do something from scratch. I don’t have the time to get 30 million ingredients, so I went to the store, and we were shocked that in 2015 when you go to the store, the only things were the traditional legacy boxed brands […] where the number one ingredient was salt.”

FoodStirs’s website notes that everything they make is based on four core principles: ultra-sustainability, ease of preparation, accessible pricing and delicious from-scratch taste. They are committed to direct-sourcing regenerative ingredients that were created using planet-healing agricultural methods such as Biodynamic®, a holistic, ecological, and ethical approach to farming, gardening, food, and nutrition, and identity-preserved, a practice of tracking the details of agricultural shipments so that the specific characteristics of each shipment is known. Currently their products are sold online and in more than 15,000 retail stores nationwide including Starbucks, Whole Foods Market, Sprouts, Target, Kroger, Safeway, and Amazon.

In April 2017, Gellar released a cookbook titled Stirring up Fun with Food that features numerous cooking and baking ideas geared towards families and kids.

Gellar is an active advocate for various charities, including Project Angel Food,  a 501(c)3 nonprofit organization in Los Angeles County that provides free meals for people too sick to shop and cook for themselves.

Interesting stories about Sarah Michelle Gellar and her food projects in online media: