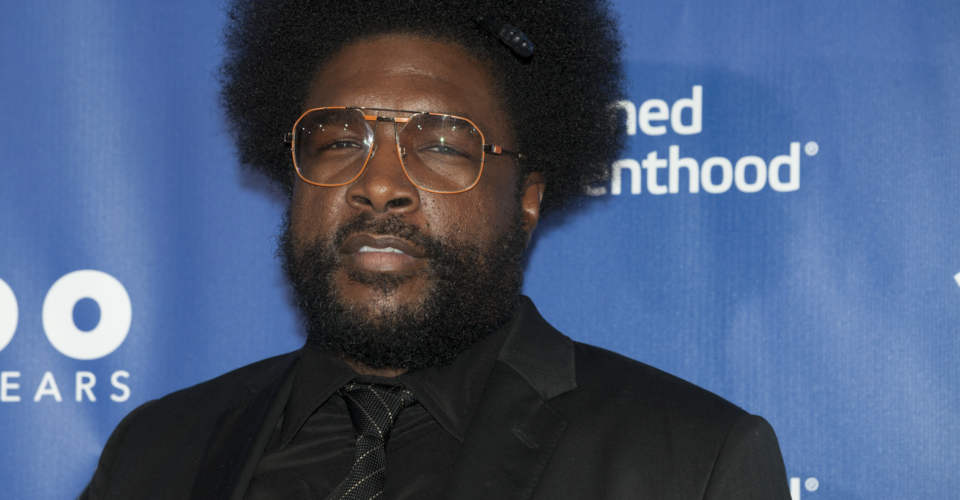 Most famous for: Being the drummer and joint frontman for the Grammy Award-winning band, The Roots, which has been the in-house band for The Tonight Show Starring Jimmy Fallon since 2014.

How he got connected to food: Questlove became more connected and inspired by food when his fascination with music began to fade, as he explained in an interview with Vogue.

“A lot of people hear A Love Supreme and they have an epiphany. But I hear it now and I wonder what the mic setup was. It’s become technical for me. I’m the only person I know who likes the engine better than the car. But now, food is the thing that inspires my utter elation. You ever see the baby elephant discover the ocean? That’s me with food.”

Of course, Questlove’s love for food dates back further than that. He remembers that preparation for Sunday dinner at his grandma’s used to begin on Thursday. But while he has always relished in the joys of eating, it was not until later in his career that it became a professional endeavor.

What he cares about: Greater equality in food access; bringing communities and people together over a good meal; exploring the inspiration driving chefs and the foods they create; bridging the fields of art and food to raise awareness of food injustices

What he is doing about it: Questlove is creating changes in the food system through three distinct channels: hosting food salons, engaging with nonprofits, and using books and film to explore new topics.

Questlove’s food salons, themed dinner parties  bringing together musicians, artists and writers, play an increasingly important role in his activism. The idea came from an old tradition he has with The Roots. The band required their record company add a food budget to pay Philadelphia chefs to prepare meals for social gatherings of musicians.

In an interview with Kim Severson for the New York Times, he explains that he hopes the salons will continue to inspire creativity and change amongst its guests as they have done in the past.

“We would eat and the musicians would set up and we’d start writing music,” Mr. Thompson said. That’s how the band’s breakthrough album, “Things Fall Apart,” was born in 1999.

Questlove currently sits on the advisory board of Edible Schoolyard NYC, a nonprofit with a mission to support nutritional education for every child in New York City through hands-on cooking and gardening. The Executive Director, Kate Brashares, told Vogue, “He’s the real deal. He really understands the importance of getting healthy delicious food to everyone.”

But his work does not stop there. He is also a Celebrity Ambassador for Food Bank For New York City, and a member of the City Harvest Food Council.

“I’ve been in several situations in which I realized that we’re a country that pretty much wastes 40 percent of our food and a nation in which one out of seven people are starving. That was disturbing.”

In his conversation, he also noted how enmeshed racism in the fabric of our country and in the food system.

“It’s not by accident that the cheapest and most unsustainable foods are surrounding [certain communities] and the foods that should be benefiting you, like the foods from the earth, are more expensive and don’t seem at all appealing to [these communities].

In 2016 Questlove published his third book, Something to Food About: Exploring Creativity with Innovative Chefs  in which he talks to  ten innovative American chefs about how they stay inspired, what fuels their creativity, and how their cooking changes the way they see the world.

His new cookbook, Mixtape Potluck Cookbook: A Dinner Party for Friends, Their Recipes, and The Songs They Inspire, will be published in mid-October. Questlove describes the forthcoming book on a recent Instagram post.

“I mixed together my passion for music & food by bringing together over 50 of my pals – a mix of chefs, entertainers, artists, thought leaders & musicians – for the ultimate potluck party. They brought the recipes. I brought the music by pairing each personality with what I think best reflects them.”

Questlove is also in the process of developing a documentary on black chefs with stand-up comic and television host W. Kamau Bell. There have been no definitive information about the released date.

“I’m going to do the documentary about black chefs and hopefully expose some people and start some scholarship programs to culinary schools.”