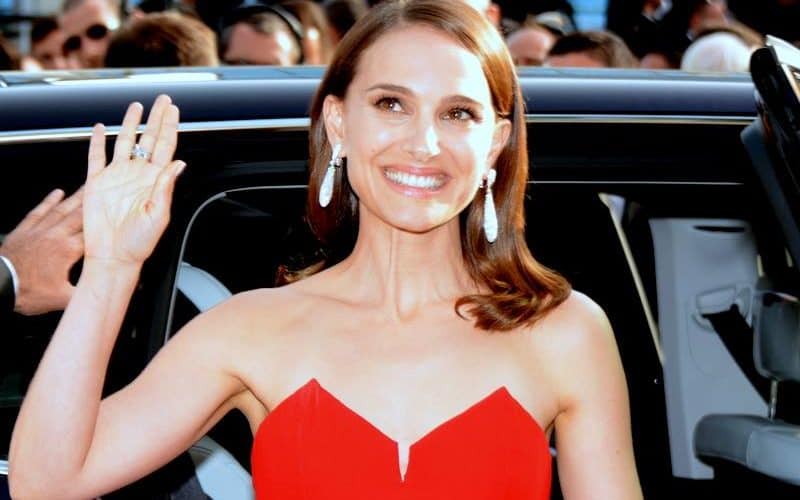 Most famous for: Her leading roles in films including Black Swan and the Star Wars movies

How she got connected to food: Although Portman has had strong ties to animal and environmental causes since childhood, she became vegan after reading g Jonathan Safran Foer‘s Eating Animals. She credits the book with changing her from a twenty-year vegetarian to a vegan activist.

What she cares about: Dismantling factory farms across the United States and worldwide and returning to more traditional ways of farming; treating animals humanely; curbing the human and environmental costs of the corporatization of farming; and dispelling myths around veganism

What she is doing about it: Portman is using her visibility to advocate for a more sustainable and equitable food system for all – from the animal to the farmer to the consumer. Among the tools in her activism arsenal are guest lectures and speeches, op-eds, and documentary films.

Food project(s): In 2018 Portman narrated and co-produced Eating Animals, a documentary based on Foer’s book, that talks about how modern factory farms not only harm animals but also have a negative impact on human health, the environment, and local farmers, and urges viewers to re-evaluate the consequence of industrial agriculture while considering the merits of veganism, or, at the very least, eating less red meat.

“It just seemed like such a massive, broken system that’s also hurting farmers so much, that I really wanted to be part of spreading that message,” Portman said.

“The human cost of factory farming — both the compromised welfare of slaughterhouse workers and, even more, the environmental effects of the mass production of animals — is staggering. Foer details the copious amounts of pig shit sprayed into the air that result in great spikes in human respiratory ailments, the development of new bacterial strains due to overuse of antibiotics on farmed animals, and the origins of the swine flu epidemic, whose story has gripped the nation, in factory farms.”

In September 2018, she was awarded the Ongoing Commitment Award at the 27th annual Environmental Media Association awards benefit for her environmental activism.

“Factory farming is responsible for most of the air, water, and land pollution that disproportionately affects our poor communities as well,” Portman said in her acceptance speech. “So we get to make decisions three times a day, what we do with our planet, and you can make a difference by even once a day or once a week choosing not to eat animals or animal products.”

In her speech, she also drew attention to the persistent challenges in America’s food system such as food security, affordability, access and hunger.

In addition to raising awareness about the negative impact of factory farming, Portman is on a mission to dispel the myths surrounding veganism. In a video interview with PopSugar, she sets the record straight regarding nine misconceptions about her diet. For example, vegans do not have to date other vegans. Portman believes everyone gets to decide their diet for themselves and she does not impose her personal beliefs on her non-vegan husband or her children, who eat a plant-based diet.

Interesting stories about Natalie Portman and her food projects in online media: