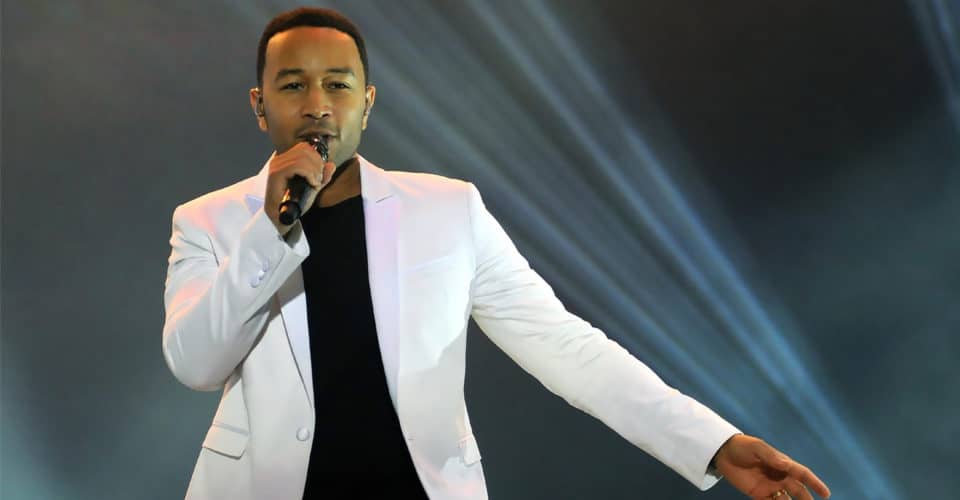 Most famous for: His music (he has won seven Grammys to date) and his affection for salad for breakfast

How he got connected to food:

John Legend’s wife, Chrissy Teigen, may be more famous for her healthy diet and cooking, but John Legend is also making his way into the limelight. Known for a range of philanthropic works – from sitting on the national board of Teach for America to donating $500,000 to renovate an auditorium in his hometown, Springfield City School District, Legend is now turning his attention to ensuring that your food doesn’t just make you look good, it also makes you feel good. His focus on a healthier diet results from a family history of heart and cholesterol issues compounded by his doctor’s telling him he needed to make a change due to his genetic risk.

What he cares about:

Why he cares about it:

John Legend cares about healthier eating and diets because of his own health, his family, including his wife and two kids, and experiencing food insecurity during his own childhood.

In an interview with Forbes magazine, John Legend said, “We had a grocery store that had fresh vegetables and fruit, but there were so many people in my community who were on food stamps and barely had enough to feed their families….It’s hard to feed a significant-size family with food stamps in a healthy way.”

What he is doing about it:

Legend is using his fame and popularity to raise awareness of issues related to food, particularly affordability and consumer education. He has partnered with several different brands and other artists to implement social media campaigns that will raise money for these causes In addition, he tries to support those who have been affected by natural disasters. At the end of May, he announced on Twitter that he would be donating to resources to Dayton, Ohio, including the Dayton Food Bank, after 14 tornadoes touched down.

To help draw attention to the fact that nearly 30 million Americans don’t have access to good quality, affordable fruits and vegetables, John Legend–alongside ballerina Misty Copeland–has partnered with Naked juice to promote the Drink Good, Do Good Campaign. Created in 2015, the campaign is run in partnership with  Wholesome Wave, a national nonprofit dedicated to making healthy food more affordable.

In September 2018, he posted a video of himself and Copeland dancing with shopping carts, with the caption “@mistyonpointe and I challenge you to do some good. Share your Shopping Cart dance with #FillYourCartForGood and @NakedJuice donates the monetary equivalent of a cart of produce to communities in need. #ShoppingCartDance #DrinkGoodDoGood”

“However You Healthy” Social Media Campaign

This year Legend has again partnered with Naked Juice for another campaign – However You Healthy, which is all about making choices — big or small — that are healthy for you, and understanding that those choices will be different for different people.  The aim is to create more conversations about the little things we can do to be more healthy. According to Naked’s website, they “want to know what your little hacks are. After all, this is our collaboration with YOU. If you want the chance to be featured, share your story with us and tag @nakedjuice with #HoweverYouHealthy on social media.”

In an interview with Bustle, John Legend spoke about what switching to a healthier lifestyle meant for him. He said, “I think it means taking whatever steps you can to live a healthier life, and a lot of those steps can be small. We talk about exercise, we talk about eating more vegetables. You’re talking about getting more rest, drinking more water. All those may seem insignificant, but start to add up after a while.”

Interesting stories about John Legend and his food projects in online media: