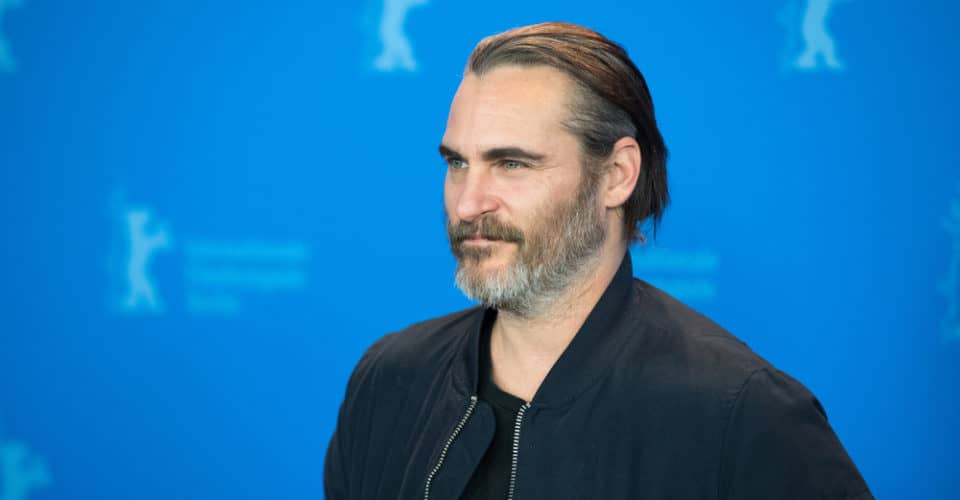 How he got connected to food: Phoenix has been a vegan since age three.  In a 2019 cover story for Vanity Fair, he shared the motivation of his dietary choice, which was being horrified at the sight of fishermen pulling fish out of the water.

“It was so violent, it was just so intense,” he said. “I have a vivid memory of my mom’s face, which—I have seen that same face maybe one other time, where she was completely speechless because we yelled at her. ‘How come you didn’t tell us that’s what fish was?’ I remember tears streaming down her face.… She didn’t know what to say.”

Shortly after that moment, the entire family converted to veganism and Phoenix’s connection to food continued to grow stronger as he got older.

What he cares about: Raising the public’s (including Hollywood’s) awareness of animal abuse in our current food production and documenting the links between agriculture and climate change

Why he cares about it: Much of why Phoenix cares about what he does is because of his childhood and upbringing as a vegan. He expanded on that pivotal moment with the fisherman in an interview with fellow animal activist, Steve Weintraub, for Collider.

“They were catching fish, and I guess to stun them they were throwing them against the side of the boat. I just had a profound strong reaction. It felt like a real injustice. It wasn’t just me, it was my siblings, all of my siblings, except for the youngest, Summer, she wasn’t born. My mom was pregnant with her. I don’t know how to explain it. I think it made me distrustful, angry, and frightened of humans, humanity. I just thought it was such a gross abuse of power in a way. I think that during that moment we knew that we were not going to eat meat anymore.”

What he is doing about it: Producing and narrating documentaries that show the links between animal agriculture and environmental degradation; working with organizations such as PETA and In Defense of Animals to spread awareness of animal abuse and the benefits of veganism; and using his fame as a platform to draw attention to the links between agriculture and climate change.

Food project(s): In addition to being famous as an award-winning actor in Hollywood, he has become well-known as an animal rights activist and vegan. Phoenix has dedicated his life to advocating for better lives for farmed animals and a more sustainable food system.

In 2005 Phoenix narrated Earthlings, a documentary about humankind’s total dependence on animals for economic purposes and received the Humanitarian Award at the San Diego Film Festival for his efforts to expose the suffering animals at factory farms, research labs and puppy mills endure in for in order for humans to profit.

Years later, in 2017, his activism took to the screen again when he became executive producer of the Netflix documentary, What the Health. The film – whose primary aim is to convince the viewer to adopt a plant-based diet – criticizes the impact of meat and dairy consumption on our individual health and overall humanity.

“We’re at the stage where the evidence is overwhelming that there is a connection between the meat and dairy industry and climate change and that’s certainly something that affects people,” he said, adding that “everything about the meat and dairy industry is destructive, not only to the animals, but to the migrant workers that are not paid enough, with no health benefits. The rates of domestic violence and sexual assault skyrocket in towns that are centered around a slaughterhouse…some people think this is just about the animals and it’s not.”

While some may advocate for change on Capitol Hill in Washington, D.C., Phoenix has recently targeted Hollywood to set a better example. According to Variety, Phoenix convinced the Hollywood Foreign Press Association, the organization that runs the Golden Globes, to implement its first all-vegan menu at its 2020 award show. He won the award for best actor in a drama for his role in Joker and used his acceptance speech to further draw attention to his animal activism.

“First I would like to thank the Hollywood Foreign Press for recognizing and acknowledging the link between animal agriculture and climate change. It’s a very bold move, making tonight plant-based,” he said.

In addition to his acting awards, Phoenix has also been recognized and awarded for his activism. In 2019, People for the Ethical Treatment of Animals (PETA) named him “Person of the Year”, noting that he “never misses an opportunity to turn the spotlight away from himself and onto animals’ plight and to set a great example of walking the vegan walk.”

Most recently, in January of 2020,  Phoenix was arrested at a climate change protest led by Jane Fonda outside the United States Capitol in Washington, D.C., alongside other actors including Martin Sheen and hundreds of other demonstrators. At the protest, Phoenix spoke about the link between animal agriculture and climate change.

“I struggle so much with what I can do [to combat climate change] at times. There are things that I can’t avoid — I flew a plane out here today, or last night rather. But one thing that I can do is change my eating habits.”

Social Media: Joaquin Phoenix is currently not on social media.

Interesting stories about Joaquin Phoenix and his food projects in online media: