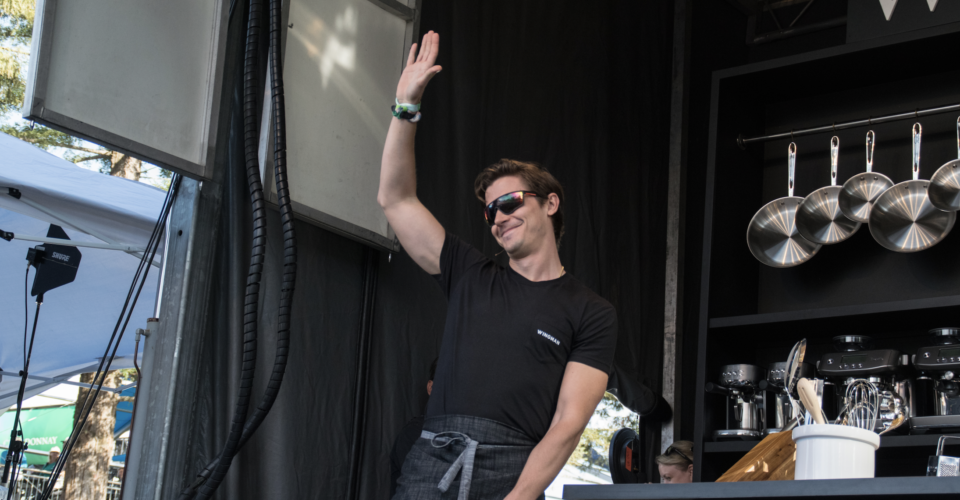 Most famous for: His role as the food and wine expert on the Netflix series Queer Eye

How he got connected to food: According to Porowski’s website, he “was bitten by the culinary bug at a young age he discovered the joy cooking brings from the likes of Julia Child, Jacques Pépin, Anthony Bourdain, and – most importantly – his own mother.” While he never professionally trained as a chef, he has worked in several restaurants in both Montreal and New York City, where he continued to refine his skills and become acquainted with the culinary world.

What he cares about: Providing people with simple recipes and cooking techniques they can use to make positive changes in their life; harnessing food and its power to bring people together; reducing hunger in New York City

Why he cares about it: In an interview with Grub Street, Porowski explained how he became connected to food and why he continues to care about it.

“Food has always been such an important part of growing up. Whenever we would travel with my parents, we’d always come back with recipes, cookbooks, and really weird ingredients from all these different places, so I’ve always been very passionate about cooking. When I was in college, and I wasn’t as spoiled anymore, I had to fend for myself, and a good way to continue entertaining was to have dinner parties at my house, so I had to learn how to cook. I basically taught myself. A lot of Julia Child, a lot of PBS.”

What he is doing about it: Porowski lives out his passion for food and community through his involvement in the TV-show Queer Eye and promotes a more equitable and sustainable food system through his work with City Harvest, New York City’s largest food-rescue organization, and No Kid Hungry, a national campaign run by Share Our Strength, a nonprofit working to solve problems of hunger and poverty in the United States and around the world.

Food project(s): As the resident food and wine guy on Queer Eye, which had its premiere on Netflix in February, Porowski teaches the program’s subjects how to use food to improve their overall well-being and learn some humble cooking lessons. He is part of a team of five professionals in the fields of fashion, grooming, interior design, food, wine and culture, who work together to give the show’s subject a makeover.

In 2018 he joined City Harvest’s Food Council, a group of culinary experts and top chefs who support the organization’s efforts to rescue good food that would have otherwise gone to waste and deliver it to New Yorkers in need.  On his Facebook page, he wrote,

“I’m so excited to be joining City Harvest‘s Food Council. As a New Yorker, it’s heartbreaking to think about the nearly 1.3 million of my neighbors who face hunger, but I’m proud to stand with City Harvest to help feed our city.”

A year later, he, along with actress, model and TV host Chrissy Tegan, went on to host their annual Gala,  which raised $4.1 million for New York’s hungry.

“Like many of us, I am privileged to call New York City my home, and with this privilege comes the responsibility of ensuring none of its citizens go hungry,” said Porowski on that occasion. “It is of utmost importance that we take care of one another just as we would a guest in our own home. I’m honored to join my friend Chrissy Teigen to host City Harvest’s gala this year and help support the critical work they do feeding New Yorkers in need.”

In 2019 he partnered with No Kid Hungry and Williams Sonoma on their “Cook for a Cause” line of spatulas designed by celebrities including Al Roker, Andy Cohen, Jose Andres and Ina Garten among others, to help fight childhood hunger in America. Thirty percent of the retail price from these celebrity-designed spatulas benefit No Kid Hungry.

Interesting stories about Antoni Porowski and his food projects in online media: