Can You Eat Just One? 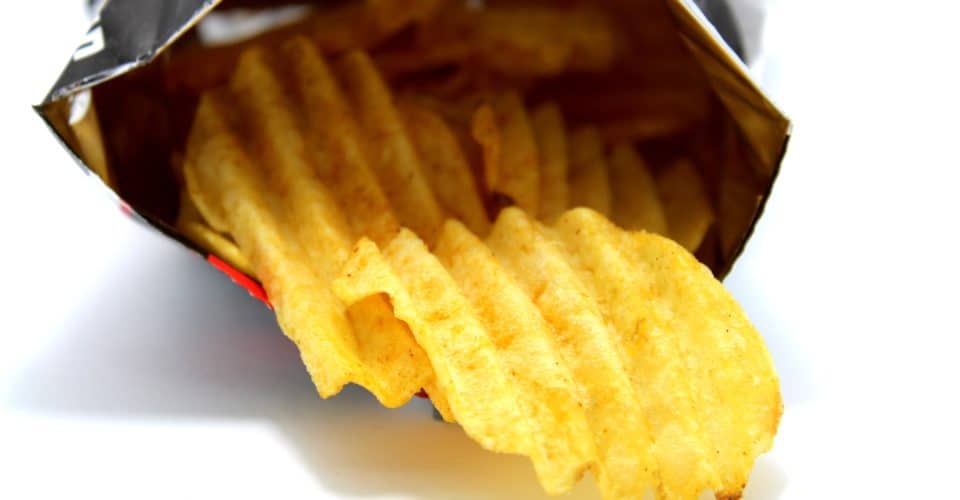 Even registered dietitians underestimate the #calories in foods by as much as 16 percent. I’m not suggesting that you start counting the calories in everything you eat; however, it would be helpful to at least get an idea of the cost of what you consume. The following sampling of single #food items is intended to give you a flavor of what that food really costs in terms of calories along with a few nutritional tidbits.

One Pistachio Nut vs. One Stacy’s Pita Chip
The pistachio is certainly smaller, but it is a nutrient powerhouse at 3 calories per nut. In addition to providing dense levels of seven essential nutrients (thiamin, vitamin B6, copper, manganese, potassium, phosphorus and magnesium), pistachios are a good source of fiber, and the only nuts with high levels of lutein and zeaxanthin, antioxidants that are good for eye and heart health. Pistachios can help to lower bad cholesterol and increase good cholesterol levels. And while I like the taste of a nice Stacy’s Pita Chip, it’s not exactly healthy. In fact, these chips have a bit of an unearned health halo. I often see people downing them as if they were a health food, but they have 9.3 calories per chip and are made with flour, water, sugar and oil. Yes, a Stacy’s chip has fewer calories than a regular chip, but it’s still a chip.

One Cheerio vs. One Chocolate Chip
A single Cheerio has a bit less than a third of a calorie, and there are about 330 Cheerios in a cup…not too bad. Cheerios do start out strong with whole-grain oats, but they weaken when you consider the added sugar and other assorted, less-than-healthy ingredients they contain. That said, they’re still one of the better cereals out there.

The term “chocolate chip” is pretty generic. You can have dark chocolate chips or milk chocolate chips, and the dark chips can vary in cocoa content. On average a chocolate chip has between 3.5 and 5 calories. Ghirardelli 60% Cacao Bittersweet Chocolate Chips have about 5 calories per chip but are clearly a better choice than milk chocolate chips. Dark chocolate contains a particular subclass of antioxidants called flavonoids, which have been proved to keep blood healthy and prevent cell damage and inflammation. A #diet supplemented with the kinds of antioxidants found in chocolate or red wine can slow oxidation of LDL (“bad” cholesterol) and increase the level of HDL (“good” cholesterol). Another heart-healthy chocolate benefit is that it contains stearic acid, a saturated vegetable fat that, when ingested, acts like the monounsaturated fats found in olive and canola oils.

One Blueberry vs. One Reese’s Piece
Of course, the blueberry is significantly healthier and loaded with nutrients. Blueberries protect against heart disease, weak eyesight, cancer and aging. Anthocyanin, the antioxidant that gives blueberries their deep blue pigment, helps to make them one of the healthiest food choices in the fight against aging. And what a Calorie Bargain at only ¾ of a calorie for one blueberry! As for the Reese’s Pieces: Sugar and partially hydrogenated oils are the main ingredients. They also contain artificial coloring, and they have 4 calories per piece.

One Maraschino Cherry vs. One Marshmallow
The maraschino cherry actually has a long history. The U.S. Food and Drug Administration had to define it in the early 1900s because of all the imitations. For a cherry to be a true maraschino it had to be soaked or preserved in maraschino, “a liqueur or cordial prepared by process of fermentation and distillation from the marasca cherry, a small variety of the European wild cherry indigenous to the Dalmatian Mountains.” Then, in the late 1930s, the FDA declared that to be called a maraschino cherry it simply had to be dyed red, “impregnated with sugar,” and packed in a sugar syrup flavored with an almond-like taste. The maraschino cherry has 8 to 10 calories per cherry, but the calories are just the beginning. It’s made with sugar, high-fructose corn syrup and various chemicals including red dyes 3 and 40 (food colorings that have been linked to hyperactivity and behavioral problems in children). So the “cherry on top” is not really the tops.

Marshmallows, however, are not much better. They’re made with corn syrup, sugar, modified cornstarch, dextrose (all of which are sugars, by the way) and gelatin. And get this – they’re 25 calories each – wow!

One Dried Apricot vs. One Baked Potato Chip
It’s a fruit vs. a vegetable – a single dried apricot has 15 calories, but, like other dried fruits, it is high in fiber and carbohydrates and low in fat. It also has significant antioxidant value; however, because it’s dried, its nutrients are very concentrated, and so are its calories. In addition, the vitamin C that is present in many fresh fruits is destroyed by heat in the drying process. With the chip – the calories vary by brand. For instance, Kettle brand chips are about 6 calories each and are made with potatoes and safflower and/or sunflower oil; however, most baked chips are about 10 to 12 calories each, whereas full-fat chips are about 15 calories each.

One Garlic Clove vs. One Olive
Did you think that garlic had no calories? I know I did. A clove of garlic actually has 4 calories, but it packs a mighty nutrient punch. Garlic is an excellent source of manganese, a very good source of vitamins B6 and C and a good source of selenium. It is also said to have strong anti-cancer properties. The compound that produces much of the disease-fighting activity of garlic is allicin, which is released when a clove is cut or crushed. As for the olives, I’d have thought that with all that fat, an olive (weighing about 4.5 grams) would have more than 5 calories on average, but that’s all it has. In addition, it has heart-healthy monounsaturated fat and is rich in iron, vitamin E and copper — so I wouldn’t worry too much about the fat.