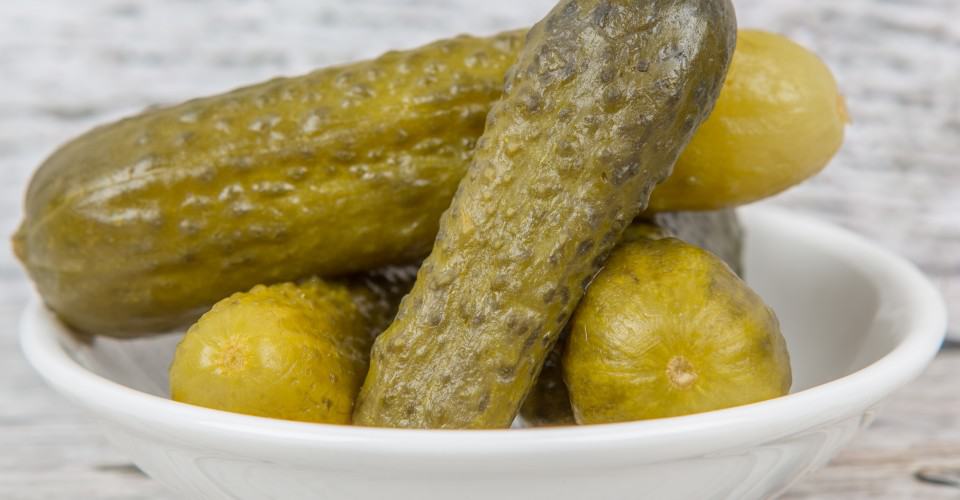 The Why: If Peter Piper could have picked this peck of pickled peppers, he would have. (He would also have enjoyed the pickled Mean (green) Beans, Spears of Influence, Phat Beets, Kool Gherks and Windy City Wasabeans!) Great pickles, great packaging, great names and low calories. We’d even venture to say they’ll be the most special pickles that you’ve ever tasted. They are a wonderful, flavorful addition to sandwiches, salads or even just a fork — and with only 10–30 calories per serving, you can eat these to your heart’s content.

The #Health Bonus: Did you know that in addition to being low-calorie, pickles are low-fat or fat-free and count toward your much-needed fruit and veggie quota?

What We Liked Best: So many fun types to try. They even come with suggestions for how to add them to favorite foods, in case you crave something other than straight from the jar.

What We Liked Least: If you’re tempted by the idea of pickles, and then bite into one of these puppies thinking it’s only gonna make you pucker — watch out! Some of the flavors were barely bitable to those with a low spice threshold on our tasting committee. (In other words, they’re pretty hot.) The other slight problem is that they’re not available everywhere.

Ingredients: Each of the pickles has a little something different in the mix. Here’s an example for Spears of Influence: cucumbers, vinegar, water, garlic, dill, salt, pickling spice, lime juice, cumin, dried chilies, peppercorns. For specific ingredients for each type of pickle, see Rick’s Picks’ Web site.