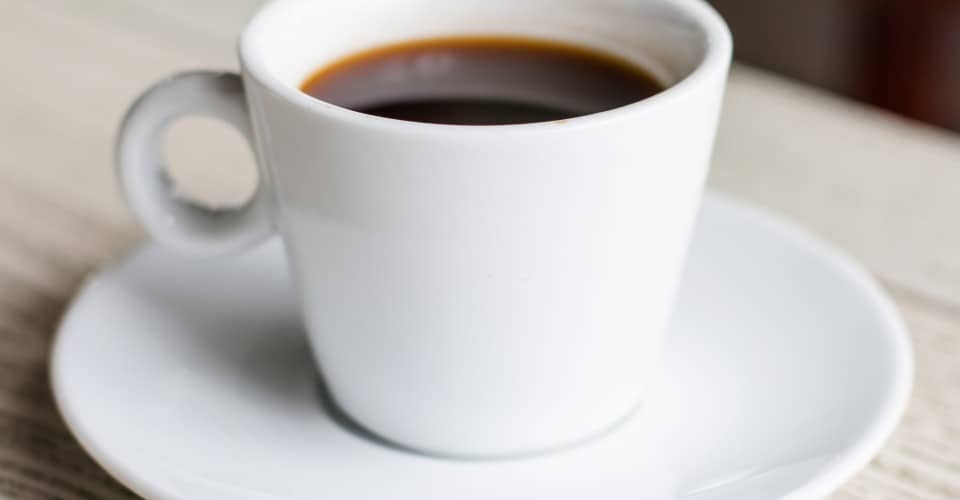 Is there any reason we shouldn’t drink/eat #caffeine?

Caffeine sensitivity depends on myriad factors, including weight, gender and age. But most studies agree that a moderate amount — 300 milligrams a day — is safe for most adults.

According to Michael F. Jacobson, Ph.D., of the Center for Science in the Public Interest, “The average person shouldn’t worry about drinking a couple cups of coffee a day, but those who are drinking five, 10 or more should rethink their habit. They probably are addicted. The biggest concern is that caffeine may interfere with reproduction. Women who are pregnant or trying to become pregnant simply should avoid caffeine.”

However Jonathan Scher, M.D. a New York City obstetrician, doesn’t believe pregnant women have to give up coffee completely, “Caffeine does cross the placenta to the baby, but it is believed that only very large amounts of caffeine may have harmful effects.”

There are, however, other reasons to avoid caffeine: It increases anxiety and can induce panic attacks. Some even experience Caffeine-Induced Anxiety Disorder, which is characterized by severe psychological stress, as a result of caffeine consumption. Another issue is osteoporosis. “Caffeine increases calcium excretion and could conceivably contribute to bone loss and osteoporosis,” says Jacobson.

Will caffeine interfere with my #sleep cycle, or just with falling asleep?
According to Herbert L. Muncie Jr., M.D., professor of family medicine and director of predoctoral education at Louisiana State University, caffeine can affect your ability to fall asleep but not your actual sleep cycle. So why do some people swear they can’t have caffeine past 2 p.m.? “It’s probably psychological, because it’s not physiological. Also, those in their late 50s and beyond start having more difficulties with sleep and look for a reduction in caffeine as their answer,” says Muncie.

Still, Harris R. Lieberman, Ph.D., of the Military Nutrition Division of the USARIEM in Natick, Mass., recommends avoiding caffeine too late in the evening. “I wouldn’t advise someone to consume caffeine after dinner, although its effect is primarily determined by your caffeine habits. Someone who drinks a lot of coffee regularly will be less affected than someone who isn’t used to getting a lot of caffeine. But I would say that three to four cups of coffee at 2 might interfere with your sleep at 11.”

And, according to Terry D. Blumenthal, Ph.D., a professor of psychology at Wake Forest University, Winston-Salem, N.C., caffeine “can increase sensitivity to stimulation while asleep, so that the person is more likely to wake up if there is noise. In fact, the half-life of caffeine (the time it takes for half of it to be metabolized or wear off) ranges from two to six hours, depending on the person and their history with caffeine,” says Blumenthal.

Does caffeine enhance performance during exercise or physical activity?
According to Lieberman, “There is good evidence that caffeine will improve your athletic performance.” In a lab, a low to moderate caffeine intake (two to three cups of coffee) has been shown to improve the performance of well-trained athletes, so it is possible that a little coffee might give you an edge. But be careful — excessive use of caffeine is restricted in international athletic competitions.

As for exercise, most studies conclude that caffeine consumption prior to working out seems to extend endurance during moderately strenuous aerobic exercise and also to decrease the sense of overall exertion. However, the benefits may be reduced once a certain tolerance level is reached. The effects of caffeine on exercise endurance also seem contingent on the amount of time you intend to spend working out. Studies have shown that the caffeine in coffee improves athletes’ stamina and endurance for long-term exercises as well as their performance in short-term exercise. However, performance in very short-term events, such as a 100-meter dash, is not improved.

Does the source of caffeine affect these results? “The source doesn’t matter,” says Lieberman. However, “Different sources of caffeine will provide varying amounts of caffeine. The delivery is irrelevant: It’s the dose that counts.”

Will caffeine enhance memory or mood?
According to Lorenzo Stafford, Ph.D., a caffeine researcher and professor of psychology at the University of Portsmouth, UK, “A number of studies and reviews have shown that caffeine does not improve memory, though it can enhance sustained attention, particularly for repetitive or monotonous tasks. There is a continuous debate as to whether these mood or mental performance changes are ‘real’ or merely due to a reversal of caffeine-withdrawal symptoms, e.g., the first cup of tea/coffee in the morning may appear to revive one’s mood but may just be the result of the first caffeine after several hours of abstinence.”

Can caffeine be lethal?
A caffeine overdose, while undoubtedly an unpleasant experience, is extremely unlikely to be fatal. It is possible, but the chances of this occurring via food are slim. According to Blumenthal, “You would have to ingest more than 30 cups of coffee in one sitting. It is, however, possible to swallow enough caffeine pills to cause fatal convulsions and respiratory failure.”

A nonlethal caffeine overdose can produce two sets of symptoms, depending on the nature of the overdose. An acute overdose, reached by quick ingestion of an extreme amount of caffeine, can result in tremors, restlessness, nausea, vomiting, a quick heart rate and confusion. Serious intoxication may cause delirium, seizures, irregular heart rate, hypokalemia (low potassium levels) or low blood sugar.

In the case of chronic high-dose caffeine intake, one can experience nervousness, irritability, anxiety, shaking or muscle twitching, insomnia, palpitations and hyperreflexia (overstimulation of the autonomic nervous system).

How much caffeine is too much?
Most experts agree that it’s unlikely adults will feel any symptoms after consuming 300 milligrams of caffeine a day — that’s the equivalent of two to three cups of coffee. But just in case, pay attention to your reaction to the caffeine you consume, and if you’re feeling jittery or nervous, you might want to lay off.

What are some of the most important #health benefits of caffeine?
In addition to acting as a pick-me-up, it turns out that a morning cup of java may improve cognitive functions — including learning aptitude, decision-making ability and attention span. Dr. Lieberman studied Navy Seals during their “hell week” training and found that caffeine, versus a placebo, resulted in significant differences in performance on cognitive tests. His conclusion was that caffeine increases alertness and mental acuity in those under stressful conditions, particularly sleep deprivation.

Does caffeine help you lose weight?
I assumed it would — it’s a natural stimulant, and it seems that if your body is stimulated, it will burn more calories. Unfortunately, however, it doesn’t work that way. It may play a minor role in increasing metabolic rates in first-time users, but most of caffeine’s effects become muted through chronic use, according to Muncie.

Caffeine is not an appetite suppressant, so it isn’t going to make you less hungry. What it does do, however, is increase the level of circulating fatty acids, which in turn increases the oxidation of these fuels. The bottom line? Fat oxidation and fatty acid metabolism are increased.

Still, despite this effect on metabolism, caffeine has not been proved to help significantly with weight loss.

Is drinking coffee a good way to sober up if you’re drunk?
No. “What you get is a hyperactive drunk person,” says Blumenthal. Time sobers you up, and that’s about it.

Does soda have as much caffeine as coffee?
Nope. Coffee is the chief source of caffeine in the United States. An 8-ounce cup of drip-brewed coffee typically has 85 milligrams of caffeine; an 8-ounce serving of brewed tea has 40 (green tea has 30, and herbal tea has none). Decaffeinated coffee has 5 milligrams, while soft drinks that contain caffeine have an average of 24 per 8-ounce serving. Coke, however, actually has 45, whereas Mountain Dew has 55! An ounce of milk chocolate has just 6 milligrams. Caffeine pills have about 100. Excedrin has 130 milligrams.

Does espresso have less caffeine than a typical cup of coffee?
Kind of. Espresso has about 40 milligrams of caffeine per serving, whereas coffee has roughly 100, but keep in mind that a serving of espresso is only an ounce or two, and a serving of coffee is 6 to 8 ounces. Espresso also has less caffeine than a cup of Haagen-Dazs coffee ice cream, which packs about 60 milligrams.