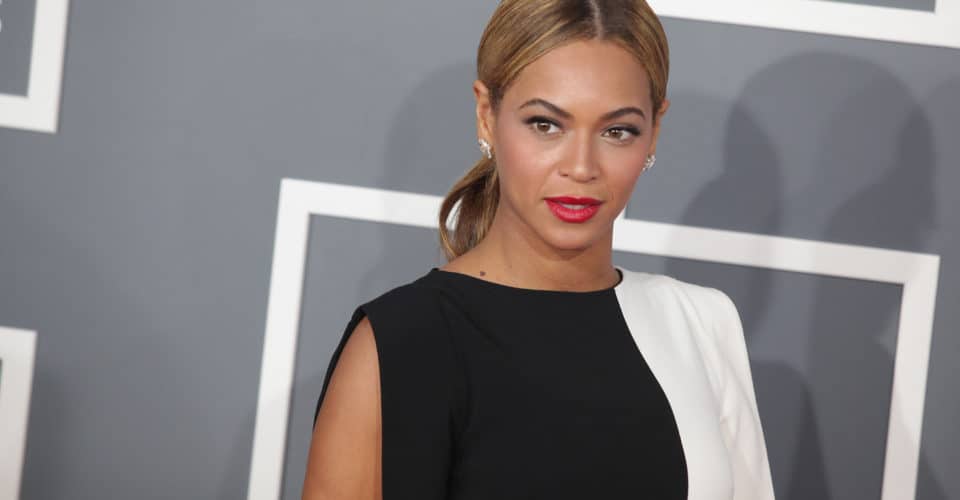 Originally rising to fame as a member of the musical group Destiny’s Child in the late 90s and early 2000s, Beyoncé has been a top player in the American music industry for the past twenty years. She is the most-nominated female artist in Grammy Award history with a total of 62 nominations and 23 wins and has sold well over 100 million albums worldwide. Forbes estimates that Beyoncé and her husband, Jay-Z, have a combined net worth of $1.4 billion. 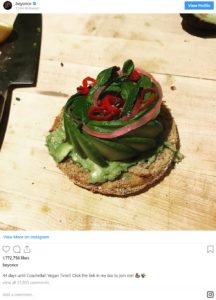 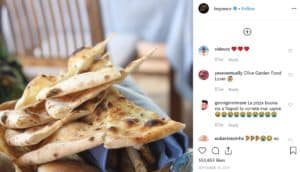 Her Diet: From Vegan to Plant-Based

On March 2, 2018, Beyoncé announced via instagram that she would be following a vegan diet for the next 44 days. The reason? She needed to lose the weight she had gained during her second pregnancy, and she needed to lose it quickly, because in April she was scheduled to perform as the first black woman to headline Coachella, one of the most popular annual music festivals in the U.S.

She ultimately gave an iconic performance – later nicknamed “Beychella” by fans. Beyoncé looked strong, energized, and healthy. Whatever she was eating, it was clear that she wasn’t following a “junk food” vegan diet. She was following the rules of her long-time nutritionist and exercise physiologist, Marco Borges.

This wasn’t the first time Beyoncé flirted with veganism, nor was it her first time eating under the guidance of Borges. She had attempted and completed Marco’s 22-day vegan challenge in 2013, and wrote the forward of his book, The 22-Day Revolution: The Plant-Based Program That Will Transform Your Body, Reset Your Habits, and Change Your Life. In 2015, she even posted a video on her official Youtube page promoting Borges’s diet and lifestyle plan.

While she is no longer a strict vegan, Beyoncé still follows a healthy, plant-based diet. The term “plant-based” has gained traction in google search trends since 2004, and is a diet that consists mostly of (you guessed it) foods such as fruits, vegetables, nuts, seeds, oils, grains, beans, and legumes. The difference between a plant-based diet and a vegan diet is that vegan diets strictly forbid the consumption of animal products for ethical reasons, animal products are allowed in moderation in plant-based diets.

“I still eat meat,” Beyoncé said on her Youtube channel. “And it’s all about balance. But absolutely, I make better choices [after following a plant-based diet].”

How She Actually Eats:

Beyoncé has had a long partnership with Marco Borges, and loosely follows his five nutritional mantras:

According to Delish, Beyoncé avoids red meat and snacking between meals, even if they’re plant-based snacks. This information is echoed by a source who told The Daily Star that no junk food is allowed backstage during rehearsals. Beyoncé does keep almonds and oat cakes on hand for energy.

She has told Shape magazine that her average lunch and dinner consist of “a lot of fish and vegetables,” and that she never skips breakfast, which is usually “scrambled egg whites, [or] a vegetable smoothie, or whole-grain cereal with lowfat milk.”

Hydration and supplements don’t go overlooked, either. “I try to take care of myself, drinking at least a gallon of water with lemon a day and making sure to take my vitamins,” Beyoncé has told People magazine,

The following menu mimics the type of recipes Marco Borges says Beyoncé followed when she was preparing for her 2018 Coachella performance:

On July 24 of this year, Beyoncé uploaded a video to her official Youtube page, advertising her new program, created in collaboration with Marco Borges, called “22 Days Nutrition.” The program costs $14 a month and offers personalized, plant-based recipes based on the individual’s cooking skills, time constraints, eating habits, and ingredient preferences users describe in a questionnaire they fill out when they sign up for the program. Users also have access to to meal-planning tools, “Food Coaches” who are available 7 days a week, and grocery delivery options. All meals on the platform follow Marco Borges’ nutritional guidelines – the same guidelines Beyoncé follows herself.

The reveal of Beyoncé’s new program did, however, meet with some criticism online. UK-based nutritionist Daniel O’Shaughnessy claimed that following the diet promoted on the platform could lead to “nutritional deficiencies.”

According to O’Shaughnessy, the diet is too low in calories.The average man needs 2,000 – 3,000 calories per day, while the average woman needs 1,600 – 2,400, while Borges’s diet supplies only about 1400. O’Shaughnessy also pointed out that excluding or reducing entire food groups – in this case, animal products – can be nutritionally dangerous if you don’t have a team of nutritionists and coaches to monitor your health as Beyoncé does.

Bruce Y. Lee, a writer at Forbes, echoed this sentiment: “If you’ve gained weight during pregnancy, don’t be in such a hurry to lose the weight. You aren’t Beyoncé. You don’t know what she is doing behind the scenes or what she may have that you don’t have.”

Beyoncé did admit that she tends to push herself to the brink when she needs to lose weight for a performance: “I have children. I have a husband. I have to take care of my body. I definitely pushed myself further than I knew I could,” she said during Homecoming, a film that documented her preparations for her historic Coachella performance. “And I learned a very valuable lesson: I will never, never push myself that far again.”

According to Pop Workouts, Beyoncé prefers to focus on “cardio, interval training, ab work, and a healthy diet.” Marco Borges encourages her to incorporate what he calls “Power Moves” – exercises that work several muscles at once – into her workouts.

What We Can Learn:

It’s important to remember that celebrities often have a staff to tend to their nutritional needs (including chefs, nutritionists, and so on), so that their likelihood of succeeding on a particular diet might be higher than the average person’s. When trying to lose weight, it’s especially important to get enough nutrients from the reduced number of calories you’re consuming. And remember: restrictive diets rarely last. “Diets will help you lose weight at first. In the short-term, diets work,” says Kara Lydon, RD, LDN, RYT. “But there has never been one study that looks at the long-term effects of a diet past six years.” Even Beyoncé admitted that her weight-loss journey was taxing.

However, judging by her commitment to motivating more people to join her program, it’s clear that the benefits of plant-based eating are something Beyoncé endorses. Healthy plant-based eating means including antioxidant-rich foods like fruits, vegetables, and grains, but with more flexibility to indulge on occasion than veganism or vegetarianism allows.

Lauren Schumacker, a journalist at INSIDER who tried Beyoncé’s diet said that she felt “fantastic” after a week and that going plant-based felt easier than going completely vegan. “I’m not happy when I’m so focused on what I can’t eat that making food or going out to eat feels like work,” she said.