Are Your Sleep Habits Packing on Pounds? 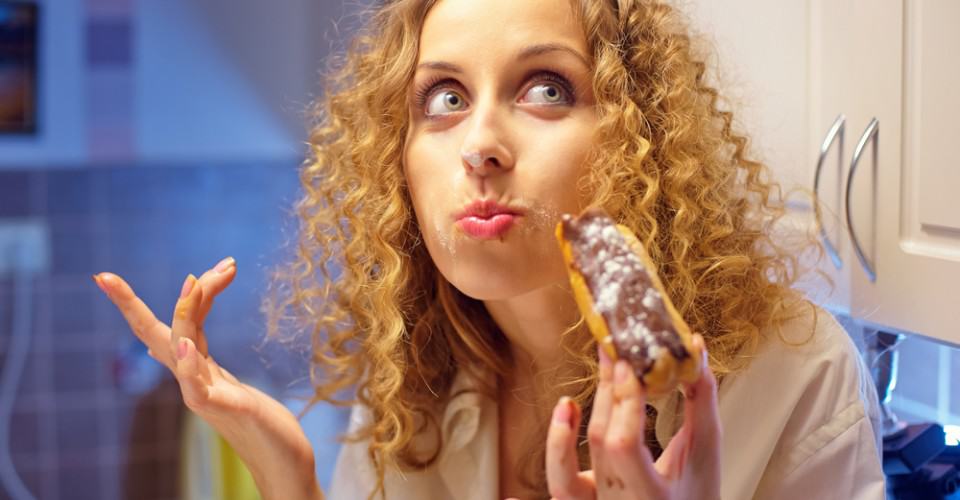 Names Can be Deceiving

“I’ll have the salad.” Really? Are you sure? Names can be deceiving. According to research appearing in the Journal of Consumer Research, “Dieters are so involved with trying to eat virtuously that they are more likely than non-dieters to choose unhealthy foods that are labeled as healthy.” Participants in one study were presented with a mixture of vegetables, pasta, salami and cheese served on a bed of fresh romaine lettuce. The item was identified either as “salad” or as “pasta.” When it was called pasta, dieters perceived it as less healthy. In another study, participants were given samples of a product that was labeled either “fruit chews” or “candy chews.” “Dieters perceived the item with an unhealthy name (candy chews) to be less healthful and less tasty than non-dieters,” the authors write. As a result, dieters consumed more of the confections when they were called “fruit chews.”

Makes sense — have you looked at the ingredients in some of those restaurant salads? Often they include ingredients that dieters would be likely to avoid, such as meats, cheeses, breads and pasta. How about when pita chips or potato chips are labeled “veggie chips,” shakes are called “smoothies” and sugary drinks are named “flavored water?” “Over time, dieters learn to focus on simply avoiding foods that they recognize as forbidden based on product name,” the authors explain. “Thus, dieters likely assume that an item assigned an unhealthy name (for example, pasta) is less healthy than an item assigned a healthy name (for example, salad), and they do not spend time considering other product information that might impact their product evaluations.”

Are You a Night Owl? Late Sleeper? Your Sleeping Habits Might be Packing on Pounds

According to research done at Northwestern University and appearing in the journal Obesity, “People who go to bed late and #sleep late eat more calories in the evening, more fast #food, fewer fruits and vegetables and weigh more than people who go to sleep earlier and wake up earlier.”

The researchers state that “Human circadian rhythms in sleep and metabolism are synchronized to the daily rotation of the Earth, so that when the sun goes down you are supposed to be sleeping, not eating. When sleep and eating are not aligned with the body’s internal clock, it can lead to changes in appetite and metabolism, which could lead to weight gain.”

Is Wine Good For You?

Yes, but in limited quantities. The American Heart Association surveyed 1,000 American adults to assess their awareness and beliefs about wine’s effect on heart #health. “Seventy-six percent of those surveyed agreed with the statement that wine can be good for your heart. Drinking too much can be unhealthy, yet only 30 percent of those surveyed knew the American Heart Association’s recommended limits for daily wine consumption.”

If you drink #alcohol, including wine, beer and spirits, the American Heart Association recommends that you limit consumption to no more than two drinks per day for men and one drink per day for women. That’s 8 ounces of wine for men and 4 ounces of wine for women. “Heavy and regular alcohol use of any type of alcohol can dramatically increase blood pressure. It can also cause heart failure, lead to stroke and produce irregular heartbeats. Heavy drinking can contribute to high triglycerides, cancer, obesity, alcoholism, suicide and accidents.”

Do Business Travelers Tend to Have Bigger Waistlines?

It’s hard to keep fit on the road, and now a study by Columbia University’s Mailman School of Public Health confirms what most business travelers already know. According to the researchers, those who travel for business two weeks or more a month have a higher body mass index, higher rates of obesity and poorer self-rated health than those who travel less often. The researchers sourced data from the medical records of more than 13,000 employees. Nearly 80 percent of employees traveled at least one night a month and 1 percent traveled more than 20 nights a month. The authors note that 81 percent of business travel is done in personal automobiles, and driving long distances is associated with long hours of sitting and a high probability of poor food choices.

Trying to decide if you should pounce on the bread basket at lunch? Being with an overweight dining companion might be all you need to indulge. “Consumers will choose and eat more indulgent food after they see someone who is overweight ­ unless they consciously think about their health goals,” according to a new study in the Journal of Consumer Research.

If any of your friends carry a few extra pounds, just being in their presence could trigger what the authors call a “negative stereotype.” The research suggests that merely seeing someone who is strongly associated with an undesirable behavior leads to surprising increases in the behavior.

In one study, researchers asked people who were walking through a lobby if they would take a quick survey. The participants were shown photos of an overweight person, a person of normal weight or a lamp. After completing the survey, the researchers asked respondents to help themselves from a bowl of candy as a thank-you. “People who completed the survey that included a picture of someone who was overweight took more candies on average than people who saw either of the other two pictures,” the authors write.

In subsequent studies, people who were invited to do a cookie taste test ate twice as many cookies or candy after seeing someone who was overweight. This was true even if the participants had a goal to maintain a healthy weight and believed that cookies and candy can lead to weight problems.

What can you do to prevent this effect? According to researchers the answer is “thinking about health goals and being reminded of the link between eating and becoming overweight.”