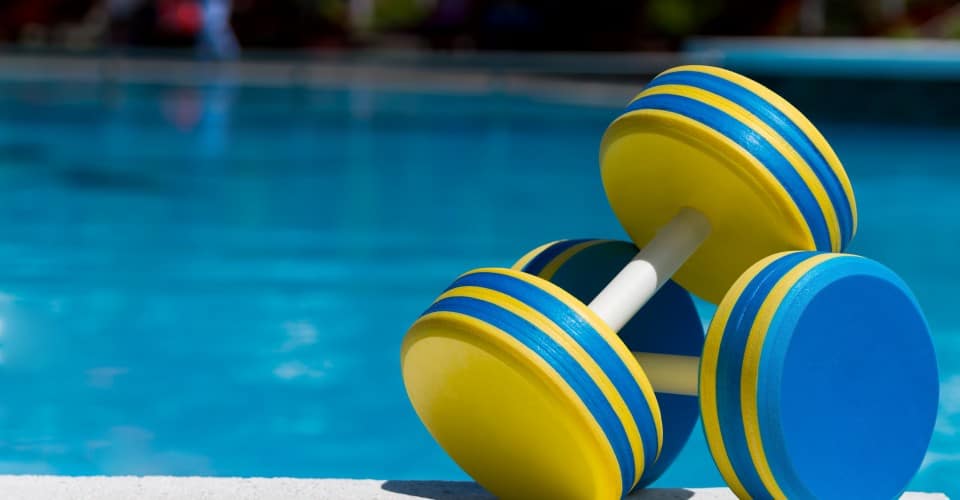 Sailing vs. Scuba Diving vs. Water Aerobics
All that swimming can really keep you fit. Scuba diving burns the most calories at 490 per hour (about one Hostess apple pie snack cake). Next is water aerobics at 280 calories (three Dunkin’ Donuts Glazed Cake Munchkins). And a relaxing sail will burn off 210 calories (1 ½ ounces of M&M’s). Other water sports also burn calories, but one that is really fun and provides a great upper-body workout is kayaking — you’re looking at burning 350 calories per hour (five Oreo Double Stuf Cookies), not to mention building up your shoulders, arms and chest.

Curling vs. Fencing
Have you ever heard of curling? Originating in Scotland, it’s a team sport played on ice. The goal is to slide a heavy stone into a circular target drawn on the ice. One feature that may jog your memory is of a team member using a broom to sweep the ice in front of the stone in order to smooth the surface. Curling is certainly a calorie-burner at 280 calories per hour (about 1 ¼ cups of caramel popcorn with peanuts), but it’s no match for fencing. Sparring with swords uses up 420 calories per hour (one Auntie Annie’s Sesame Pretzel with Marinara Sauce Dip).

Tetherball and Hopscotch vs. Belly Dancing
For those of you who’ve never heard of tetherball, it involves two players standing on opposite sides of a 10-foot vertical stationary metal pole. Players try to hit a ball that’s hanging from a rope — one aiming clockwise, the other counterclockwise. The player who manages to wind the ball around the pole until there is no slack in the rope is the winner. Play this for an hour, (or an hour of hopscotch) and you’ll burn 350 calories (Starbucks Mud Pie Ice Cream Bar) before you know it. Belly dancing is a Middle Eastern dance that burns slightly fewer calories — 315 per hour (about eight Twizzlers Strawberry Twists Candy from an 8-ounce package).

Handball vs. Rollerblading vs. Juggling
Rollerblading and handball burn the same amount of calories — a whopping 840 calories per hour (about 1 3/4 cups of Ben & Jerry’s Cherry Garcia Ice Cream). Rollerblading, which was really popular in the ’90s, is a great way to sightsee, enjoy a park or socialize. Handball, a very active sport, requires much less equipment — just a wall and a bouncy rubber ball. Now, juggling is a true skill that I could never master; however, if you have the knack — and can keep it going for an hour — you can burn as many as 280 calories (about 11 Hershey’s Kisses).

Golf (using a power cart) vs. Fishing (in a stream)
I know something that even sounds like it might be a critique of the beloved game of golf is risky, but I’ll take my chances. I was chatting with an old friend who had taken up golf to try to get into shape. He figured he could walk, enjoy the weather, socialize and lose weight. Boy, was he wrong.

After a few years of golfing, he ended up gaining weight. Why? Well, for a few reasons. First of all, the course he plays doesn’t allow walking because it slows down the game. Second, all that clubhouse socializing, which included lots of drinking and eating, packed on more pounds instead of removing them. Plus, he had stopped his other forms of #exercise when he took up golf. He would have been better off fishing. Golfing with a cart burns 245 calories an hour (about 1/2 cup Baskin Robbins Cherries Jubilee Ice Cream), whereas fly-fishing in a stream (including walking in the water wearing waders) burns as much as 420 calories (one slice of Papa John’s Pan Crust The Meats). However, if you ditch the cart (and the clubhouse snacks) you’d be looking at a wonderful exercise burning 315 calories per hour (a Wendy’s Jr. Cheeseburger). Also, keep in mind that miniature golf and hitting balls at a driving range burn about 210 calories in an hour (one Kellogg’s Pop-Tart Frosted Brown Sugar Cinnamon).

Sexual Activity (vigorous) vs. Vacuuming or Mopping
Sexual activity burns calories, but not nearly as many as you might believe. You’re looking at 105 calories (about 1 tablespoon of butter) per hour, and with the average encounter lasting only 12 minutes, including foreplay, there’s not much of a burn there. In terms of calories, you might be better off vacuuming or mopping the house, which can burn as many as 245 calories (about 61 Reese’s Pieces candies) but probably won’t be as much fun.

Badminton vs. Archery (non-hunting) vs. Pool
With a net, a birdie (that’s the thing you hit) and a racquet, you can play badminton right in your back yard, burning 315 calories (one serving of steamed shrimp dumplings) per hour. You can get a complete set for about $49.95 (Carlton Badminton Recreational Set at www.amazon.com). Archery burns a bit less at 245 calories (about one McDonald’s Hamburger) and costs a bit more to get started. Playing pool is as simple as going to your neighborhood bar or pool hall, and will burn as much as 175 calories (about two Pizza Hut Cinnamon Sticks) per hour.

Frisbee vs. Darts vs. Bowling
Believe it or not, bowling burns as many calories as Frisbee — about 210 calories (two light beers) per hour. But if you really want to get a workout, try playing Ultimate Frisbee (sort of like soccer, football and rugby with a flying disc), which burns 560 calories per hour (3 1/3 ounces of Planters Mixed Nuts). And good, old-fashioned darts burns about 175 calories per hour (about 14 Almond Joy Bites).

Horseshoes vs. Shuffleboard
Both of these common activities for retirees, cruise ship voyagers and kids in camp burn 210 calories (three Aunt Jemima pancakes) per hour.