10 Swaps to Make Your Heart Healthy 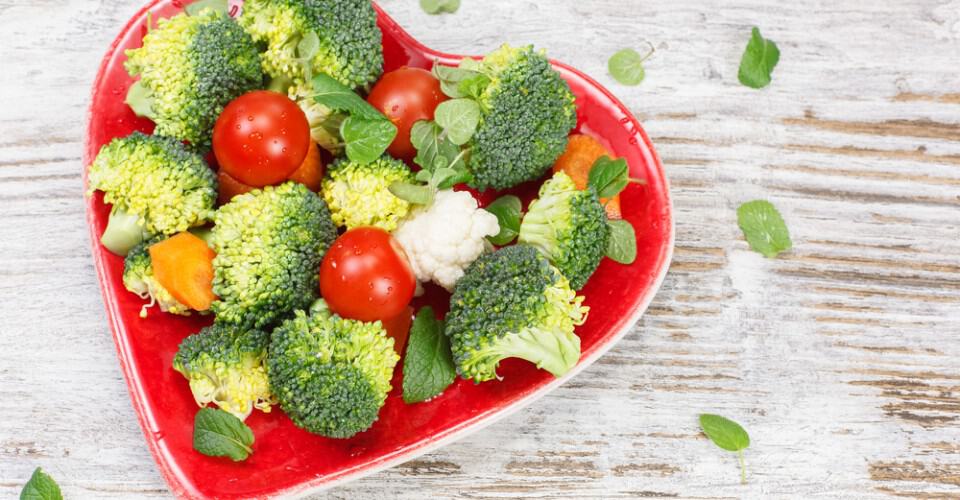 10 Swaps to Make Your Heart Healthy

Heart disease is still the No. 1 killer in America. Therefore, it is critical to know that high blood pressure, high cholesterol, diabetes, smoking and being overweight are all major risk factors. Exactly what it is that keeps your heart healthy is still a bit controversial, as is all science, but what we do know is that being physically active, eating fruits and vegetables, reducing certain types of saturated fats, and increasing “good” fats all help. Here are a few swaps that could help you have a healthier heart.

1. Snack on pistachios instead of potato chips.
Research published in the Journal of the American College of Nutrition has shown that a four-week pistachio #diet containing moderate amounts of heart-healthy fat decreases risk factors for heart disease with no weight gain. The study, conducted by James N. Cooper, M.D., of George Mason University and Michael J. Sheridan, Sc.D. of Inova Fairfax Hospital, found that in people with moderately high cholesterol levels, a daily diet consisting of 15 percent of calories from pistachios (about 2 to 3 ounces, or one to two handfuls) over a four-week period favorably improved some blood lipid levels.

Another study at Penn State University compared two groups of people, one following a cholesterol-lowering diet and another that added pistachios to the same diet. The researchers concluded that eating either 1.5 or 3 ounces of pistachios daily reduced the risk of #cardiovascular disease by significantly reducing LDL (bad) cholesterol levels. In addition, the higher daily dose reduced lipoprotein ratios.

While pistachios are packed with fiber, vitamins and potassium, a half-ounce of pistachios (24 nuts) has approximately 85 calories, which means that 2 or 3 ounces would add up to 340 to 510 calories. So, eat them sparingly, account for them in your daily caloric budget or use them to replace high-calorie, high-fat foods like chips, which have about 150 calories per ounce.

2. Use 100 percent whole-grain bread instead of white bread and whole-grain cereal (i.e., homemade oatmeal) instead of your regular cereal.
A diet high in whole-grain foods is associated with a significantly lower risk of developing cardiovascular disease, including heart disease and stroke, according to an analysis conducted by researchers at Wake Forest University School of Medicine. (Read more about whole grains at: www.dietdetective.com/content/view/1141/2/) Consuming an average of 2.5 servings of whole grains each day is associated with a 21 percent lower risk of cardiovascular disease compared with consuming only 0.2 servings. These results were published in the journal Nutrition, Metabolism & Cardiovascular Diseases. Examples of whole-grain foods include wild rice, popcorn, oatmeal, brown rice, barley, wheat berries and flours such as whole wheat. Make sure to look for “100 percent whole grain” on #food labels or look for specific types of whole-grain flour, such as “whole wheat,” listed as the first ingredient.

3. Cook vegetables in vegetable microwave bags instead of using oil and a regular pan.
To use Glad SimplyCooking Microwave Steaming Bags, all you have to do is put your washed vegetables into the bag, seal it, toss it in the microwave, and minutes later you have crisp-yet-tender steamed vegetables without adding water or oil. You can make real meals, too. One of the biggest excuses for not cooking heart-healthy meals is the time it takes. Well, now you can whip up a heart-healthy meal in almost no time while reaping all the benefits of eating fresh vegetables and lean meat or poultry with little or no oil. Keep in mind, vegetables are high in fiber, and a diet rich in fiber can help lower blood cholesterol and reduce your risk of heart disease.

4. Use skim milk instead of whole milk.
You don’t have to switch all at once. Try easing yourself into it. Go from whole milk to 2 percent, then 1 percent milk, and before you know it you’ll be a skim milk aficionado. One cup of whole milk has almost 5 grams of saturated fat, whereas skim/nonfat milk has only 0.125 grams, not to mention the calorie savings (146 calories per cup for whole milk vs. 83 calories for skim milk).

6. Use garlic instead of salt.
People who significantly cut back on the amount of salt in their diet (read www.dietdetective.com/content/view/9/158/) could reduce their chances of developing cardiovascular disease by 25 percent, according to a report published in the British Medical Journal. Additionally, researchers from Brigham and Women’s Hospital, an affiliate of Harvard Medical School in Boston, found that a reduction in salt intake could lower the risk of death from cardiovascular disease by up to 20 percent. Previously, there had been a substantial body of evidence to show that cutting back on salt lowers blood pressure, but studies showing subsequent levels of cardiovascular disease in the population had been limited and inconclusive.

By using garlic instead of salt, you not only get the benefit of lower blood pressure, you also get the health perks of garlic, such as fighting cancer and possibly reducing the risk of heart attack and stroke by lowering total and LDL (bad) cholesterol without affecting HDL (good) cholesterol.

7. Read a #heart health guide instead of a “trashy” romance novel or spy thriller.
This 20th anniversary edition of The Healthy Heart Handbook for Women, published by the National Heart, Lung, and Blood Institute (NHLBI), includes current statistics, quizzes and charts. With new information on women and heart disease and practical suggestions for reducing the risk of heart-related problems, it’s a “must read” for women who want to show their hearts some love. The handbook also describes the warning signs of a heart attack and explains how to get help quickly.

It’s free, and a great resource. Download it here: www.nhlbi.nih.gov/health/public/heart/other/hhw/hdbk_wmn.pdf. Or, you can order a hard copy for $4 from http://emall.nhlbihin.net/product2.asp?sku=03-2720.

8. Go for wild salmon instead of steak.
Instead of that big, thick steak which has saturated fat and is high in calories, try wild salmon, which has high concentrations of omega-3s. One of the key health benefits of omega-3 fatty acids is that they significantly reduce the risk for sudden death caused by cardiac arrhythmias and decrease deaths from many causes in patients with coronary heart disease. In addition to helping regulate the heart, omega-3s prevent the formation of clots and act as anti-inflammatories.

9. Deliver your messages in person instead of using interoffice e-mail or the intercom.
Instead of sending an e-mail, calling or IMing your office mate or neighbor, try walking. Yes. Even a little exercise helps lower blood pressure.

A small study in the Journal of Epidemiology and Community Health suggests that even low levels of weekly exercise drive down blood pressure and boost overall fitness. The study showed that systolic blood pressure and waist and hip girth fell significantly in those walking only three days per week. (Current recommendations are to get 30 minutes of moderately strenuous exercise on at least five days of the week.) Bottom line: Even a few minutes a day is better than nothing.

10. Use olive oil cooking spray or a cooking spray mister (www.misto.com) instead of your regular cooking oil.
Avoiding certain saturated fats can be one of the keys to heart health (being a healthy weight and eating “right” also matter), so switching from your current oil (e.g., palm or corn kernel oil) to olive oil, which has some “good” fat, can help. The Food and Drug Administration has actually granted olive oil manufacturers the following health claim: “Limited and not conclusive scientific evidence suggests that eating about 2 tablespoons (23 grams) of olive oil daily may reduce the risk of coronary heart disease due to the monounsaturated fat in olive oil. To achieve this possible benefit, olive oil is to replace a similar amount of saturated fat and not increase the total number of calories you eat in a day.” However, just because olive oil is heart healthy doesn’t mean you can use it with impunity — it still has 120 calories per tablespoon. So use it sparingly, or try using a cooking mister or spray.